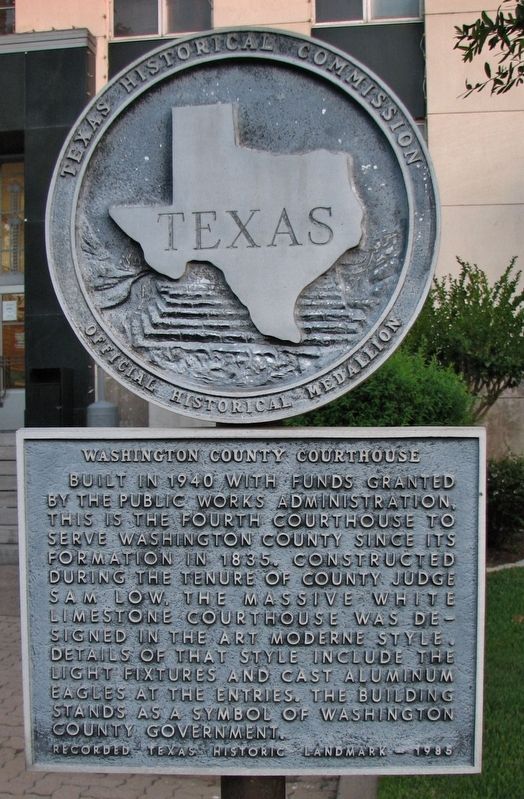 Built in 1940 with funds granted by the Public Works Administration, this is the fourth courthouse to serve Washington County since its formation in 1835. Constructed during the tenure of County Judge Sam Low, the massive white limestone courthouse was designed in the art moderne style. Details of that style include the light fixtures and cast aluminum eagles at the entries. The building stands as a symbol of Washington County government.

Topics. This historical marker is listed in these topic lists: Man-Made Features • Notable Buildings. A significant historical year for this entry is 1940.

Location. 30° 10.037′ N, 96° 23.868′ W. Marker is in Brenham, Texas, in Washington County. Marker is on East Main Street (Business U.S. 290) west of South Baylor Street, on the left when traveling west. Located in front of the Courthouse main entrance. Touch for map. Marker is at or near this postal address: 100 East Main Street, Brenham TX 77833, United States of America. Touch for directions. 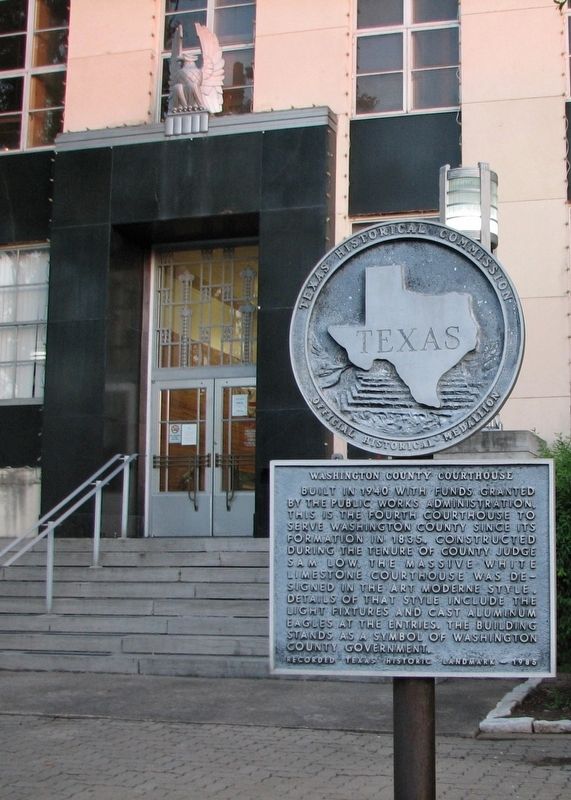 Also see . . .
1. Washington County Courthouse. Texas Escapes website entry:
(includes interior and exterior courthouse pictures) Although the marker states that the current courthouse is the county's fourth, the display inside (with history provided by the Brenham Heritage Museum) lists six courthouses: 1837 (at Washington-on-the-Brazos,) 1841 (at Mount Vernon), and the other four at Brenham: 1844, 1855, 1884 and 1939. (Submitted on December 26, 2017, by Cosmos Mariner of Cape Canaveral, Florida.)

2. Washington County Courthouse. Texas County Courthouses website entry:
(includes interior and exterior courthouse pictures) Early in the 1900’s, the 1884 courthouse was severely damaged by an intense hurricane, along with its roof. It was patched up – but eventually replaced. The 1939 moderne courthouse is 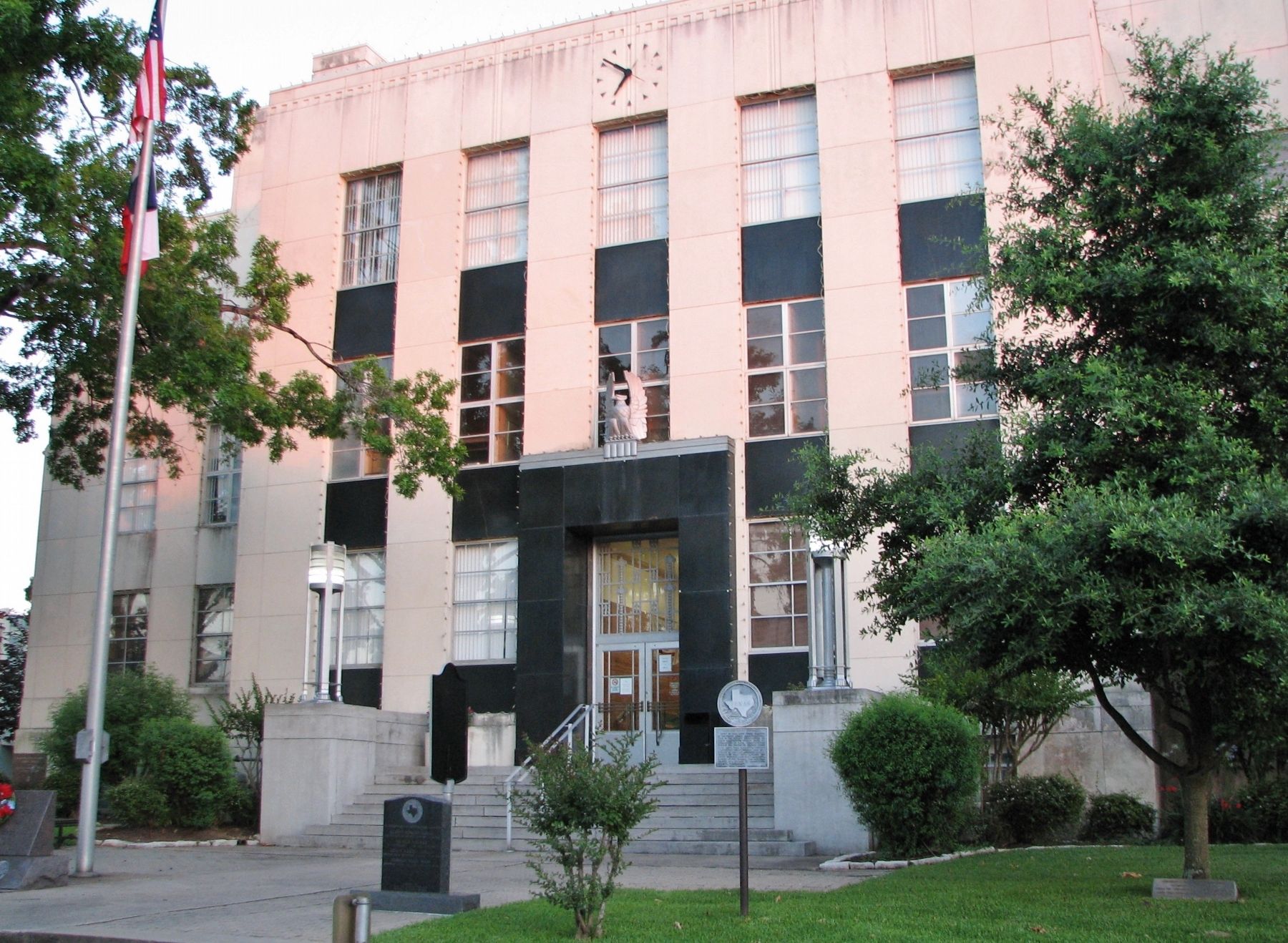 Photographed By Cosmos Mariner, June 4, 2013
3. Washington County Courthouse Marker (wide view)
certainly one of the best in Texas. If nothing else – look at the eagle over the door! The courthouse was built using WPA funds. Looking at other pictures – the interior is nice. The court room is perhaps the crowning jewel of this 1939 masterpiece. (Submitted on December 26, 2017, by Cosmos Mariner of Cape Canaveral, Florida.) 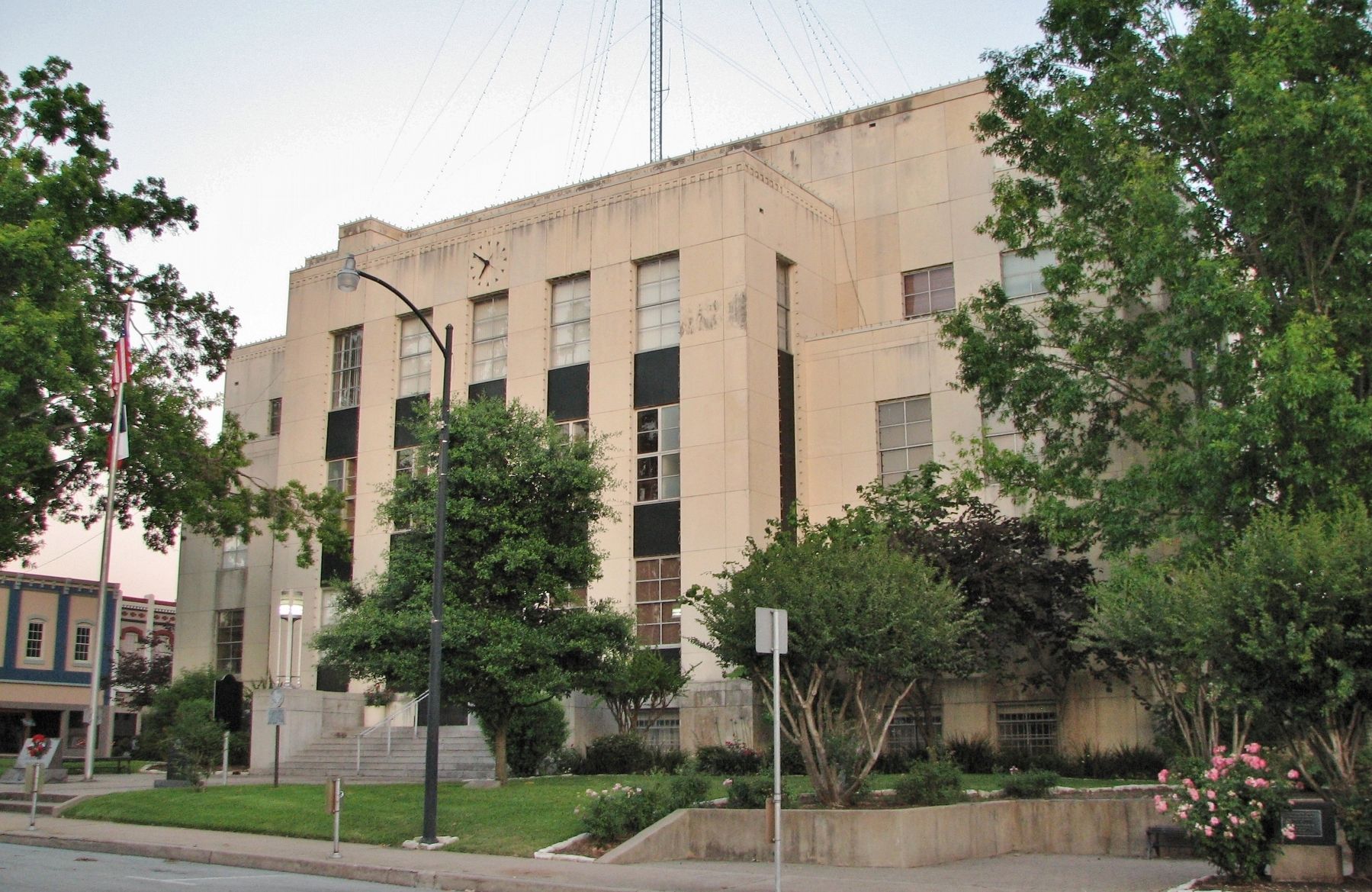 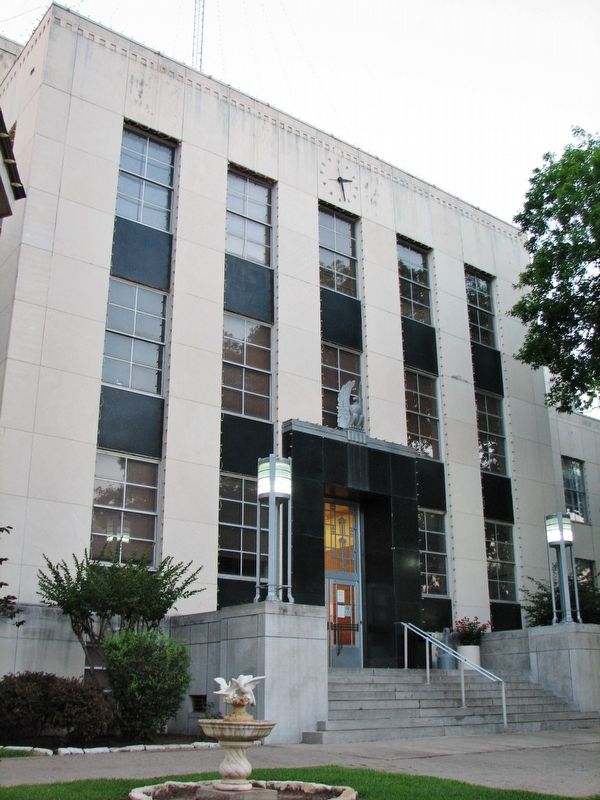 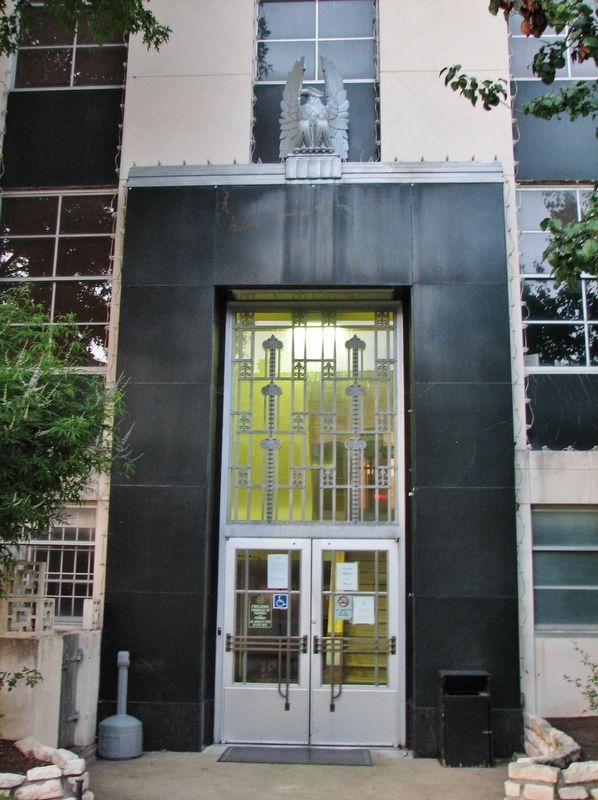