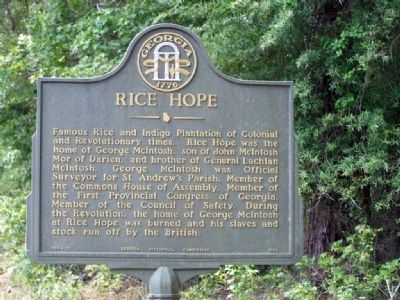 By Mike Stroud, August 2008
1. Rice Hope Marker
Inscription.
Rice Hope. . Famous Rice and Indigo Plantation of Colonial and Revolutionary times, Rice Hope was the home of George McIntosh, son of John McIntosh Mor of Darien, and brother of General Lachlan McIntosh. George McIntosh was Official Surveyor for St. Andrew`s Parish, Member of the Commons House of Assembly, Member of the First Provincial Congress of Georgia, Member of the Council of Safety. During the Revolution, the home of George McIntosh at Rice Hope was burned and his slaves and stock run off by the British. . This historical marker was erected in 1957 by Georgia Historical Commission. It is in Eulonia in McIntosh County Georgia

Topics and series. This historical marker is listed in these topic lists: Colonial Era • Industry & Commerce • Notable Places • War, US Revolutionary. In addition, it is included in the Georgia Historical Society series list. 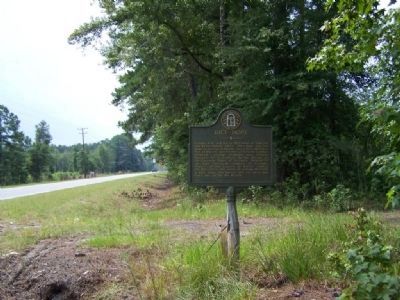 By Mike Stroud, August 2008
2. Rice Hope Marker, looking south along US 17 and wagonway
and Fair Hope Roads. Touch for map. Marker is in this post office area: Crescent GA 31304, United States of America. Touch for directions. 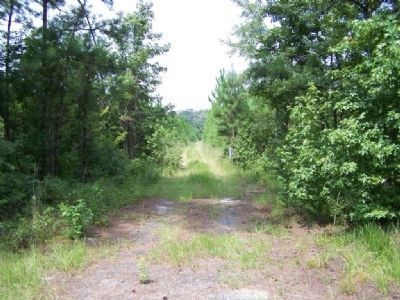