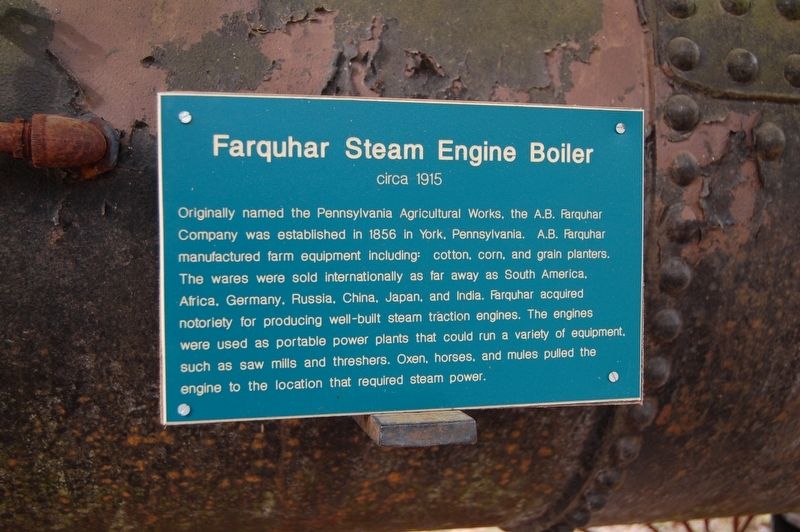 Originally named the Pennsylvania Agricultural Works, the A.B. Farquhar Company was established in 1856 in York, Pennsylvania. A.B. Farquhar manufactured farm equipment including: cotton, corn and grain planters. The wares were sold internationally as far away as South America, Africa, Germany, Russia, China, Japan and India. Farquhar acquired notoriety for producing well-built steam traction engines. The engines were used as portable power plants that could run a variety of equipment, such as saw mills and threshers. Oxen, horses and mules pulled the engine to the location that required steam power.

Location. 30° 24.66′ N, 91° 6.935′ W. Marker is in Baton Rouge, Louisiana, in East Baton Rouge Parish. Marker can be reached from Essen Lane south of Interstate 10. Located on the grounds of the LSU Rural Life Museum. Touch for map. Marker is at or near this postal address: 4560 Essen Lane, Baton Rouge LA 70809, United States of America. Touch for directions.

Other nearby markers. At least 8 other markers are within walking distance of this marker. Romeville Post Office (here, next to this marker); Commissary (a few steps from this marker); Mound Place Pigeon Cote (within 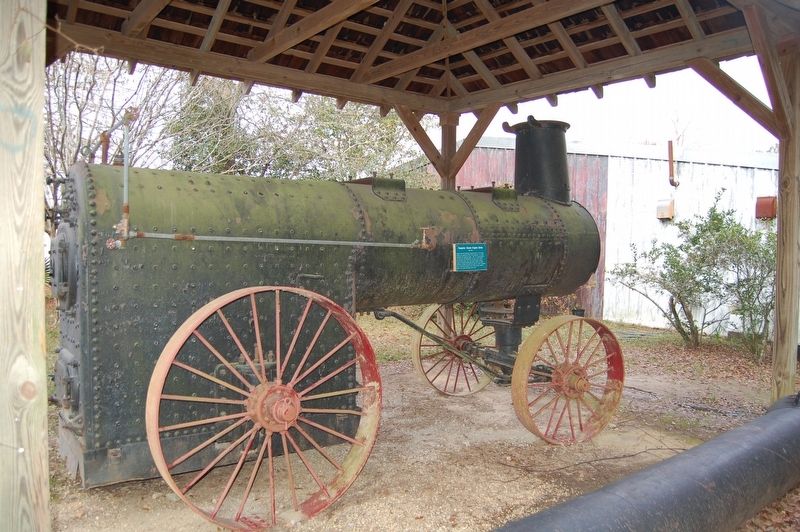