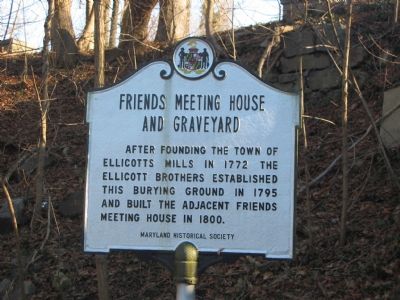 After founding the town of Ellicotts Mills in 1772, the Ellicott brothers established this burying ground in 1795 and built the adjacent Friends Meeting House in 1800.

Topics and series. This historical marker is listed in these topic lists: Cemeteries & Burial Sites • Churches & Religion • Colonial Era • Settlements & Settlers. In addition, it is included in the Quakerism series list. A significant historical year for this entry is 1772. 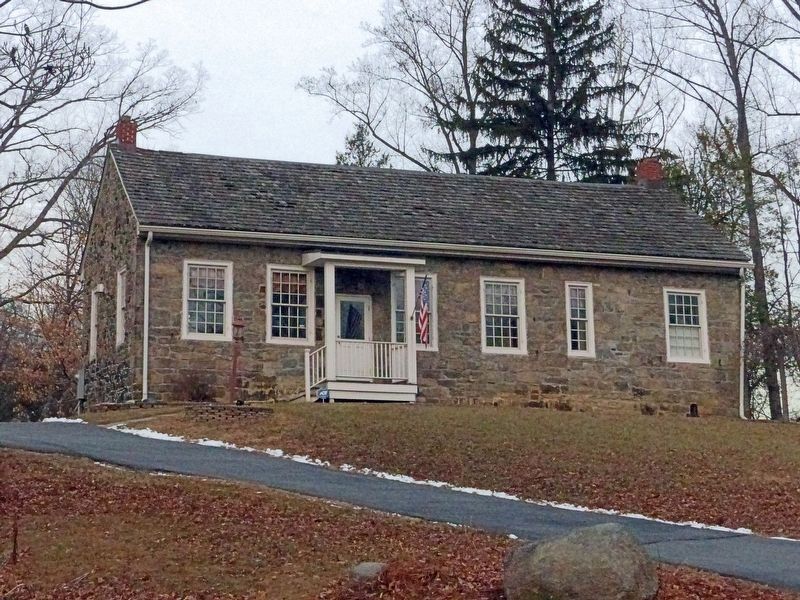 Additional commentary.
1. Important to Note
Please note that the photos of the graveyard are of the Ellicott Family Cemetery, not The Friends Meeting House Graveyard that the historical marker is for, which is located between The Friends Meeting House and the Ellicott Family Cemetery. But because it is so overgrown, since it has not been taken care of since the early 1800s, it is not surprising if the person taking the photos missed it. Note To Editor only visible by Contributor and editor
— Submitted December 2, 2020, by Elizabeth Walsh of Columbia, 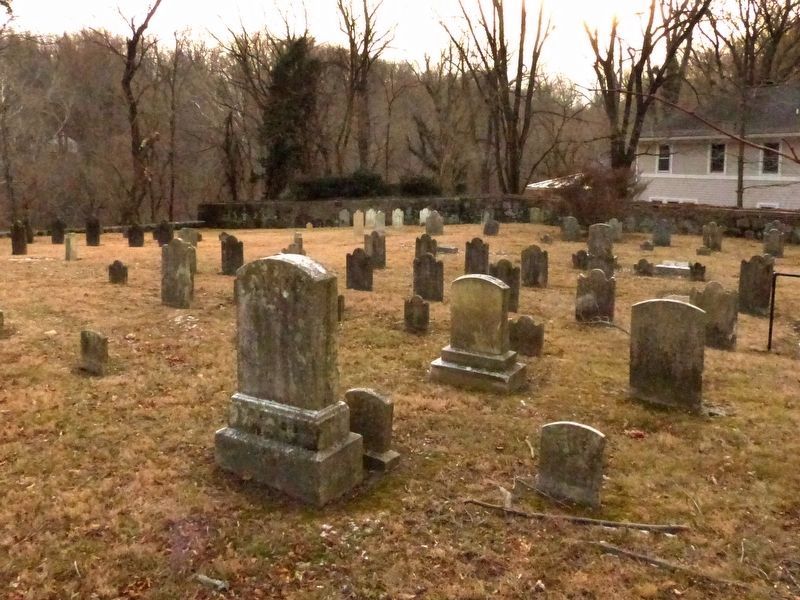 Photographed By Allen C. Browne, January 3, 2018
3. Ellicott Family Cemetery
Maryland.
2. Request for removal of incorrect language on one page of website (This comment only shown to person who submitted it, and to the editor.)
I request the removal of a notice on the page labelled "Friends Meetinghouse and Graveyard Historical Marker." A comment was added by "Elizabeth Walsh of Columbia, Maryland" that states, in part, "...the owners of The Friends Meeting House took as much of it as they could down and got rid of it."
I am not the owner of the Meetinghouse. But I do represent the owner of the Graveyard, the Baltimore Yearly Meeting of the Religious Society of Friends, where I am the Trustee responsible for oversight of burial grounds owned by the Society. The entire comment added by Ms. Walsh is not accurate, has no basis in fact, and should be removed as soon as you can get to it. I ask this in fairness to the owners of the Meetinghouse, who are the neighbors of the Graveyard and who have been unfairly accused of damaging our property. Thank you for your consideration.