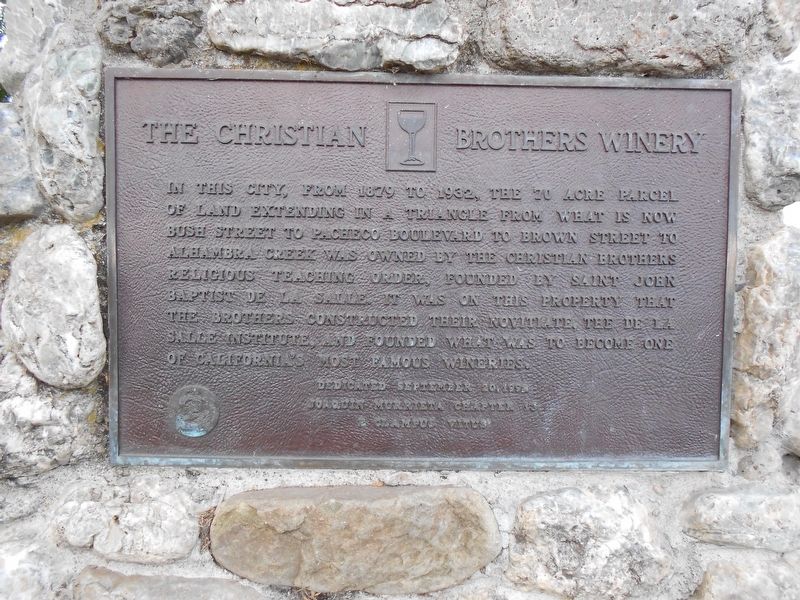 In the city, from 1879 to 1932, the 70 acre parcel of land extending in a triangle from what is now Bush Street to Pacheco Boulevard to Brown Street to Alhambra Creek was owned by The Christian Brothers Religious Teaching Order, Founded by Saint John Baptist De La Salle. It was on this property that the brothers constructed their novitiate, The De La Salle Institute, and founded what was to become one of California's most famous wineries.

Topics and series. This historical marker is listed in these topic lists: Agriculture • Industry & Commerce. In addition, it is included in the E Clampus Vitus series list. A significant historical date for this entry is September 20, 1992. 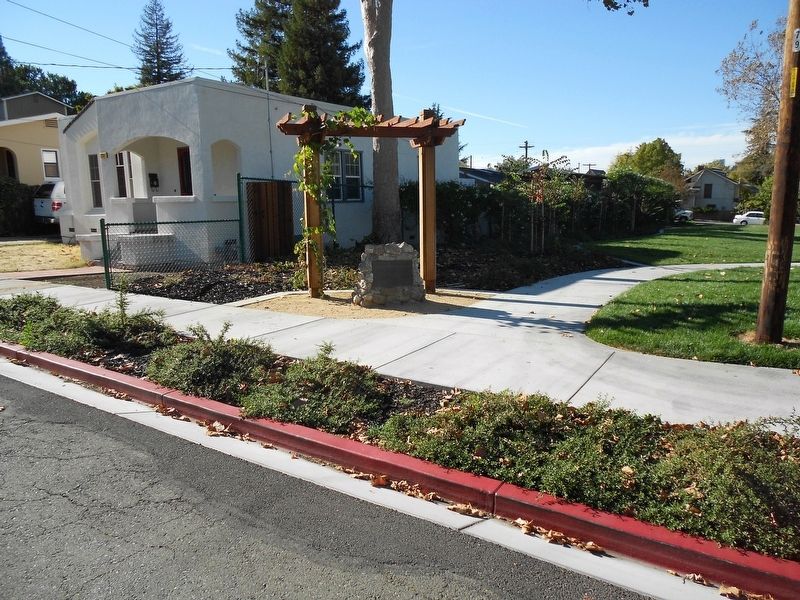