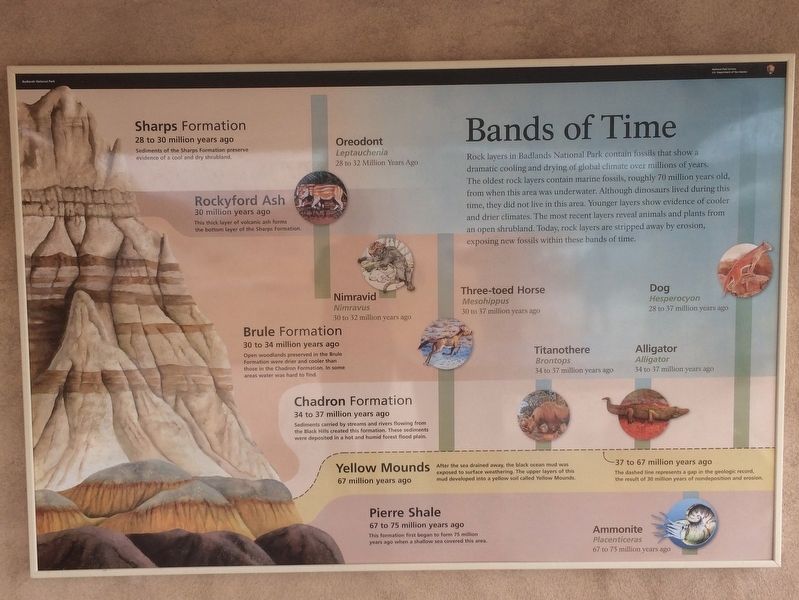 Rock layers in Badlands National Park contain fossils that show a dramatic cooling and drying of global climate over millions of years. The oldest rock layers contain marine fossils, roughly 70 million years old, from when this area was underwater. Although dinosaurs lived during this time, they did not live in this area. Younger layers show evidence of cooler and drier climates. The most recent layers reveal animals and plants from an open shrubland. Today, rock layers are stripped away by erosion, exposing new fossils within these bands of time.

Rockyford Ash
30 million years ago
This thick layer of volcanic ash forms the bottom layer of the Sharps formation.

Brule Formation
30 to 34 million years ago
Open woodlands preserved In the Brule Formation were direr and cooler than those in the Chadron Formation. In some areas water was hard to find. 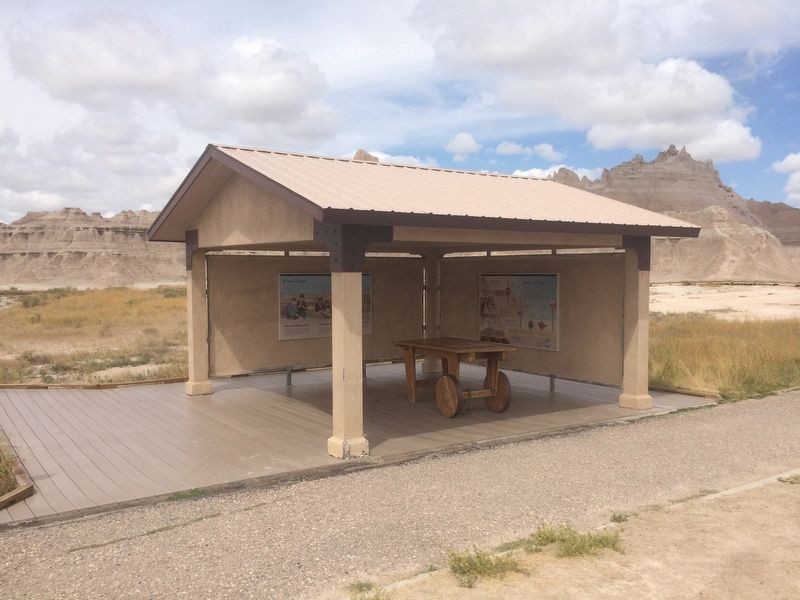 Click or scan to see
this page online
carried by streams and rivers flowing from the Black Hills created this formation. These sediments were deposited in a hot and humid forest flood plain.

Yellow Mounds
67 to 75 million years ago
After the sea drained away, the black ocean mud was exposed to surface weathering. The upper layers of this mud developed into a yellow soil called Yellow Mounds.

Nimravid
Nimravus
30 to 32 million years ago

Dog
Hesperocyon
28 to 37 million years ago

Alligator
Alligator
34 to 37 million years ago

Ammonite
Placenticeras
67 to 75 million years ago