At Play on the River 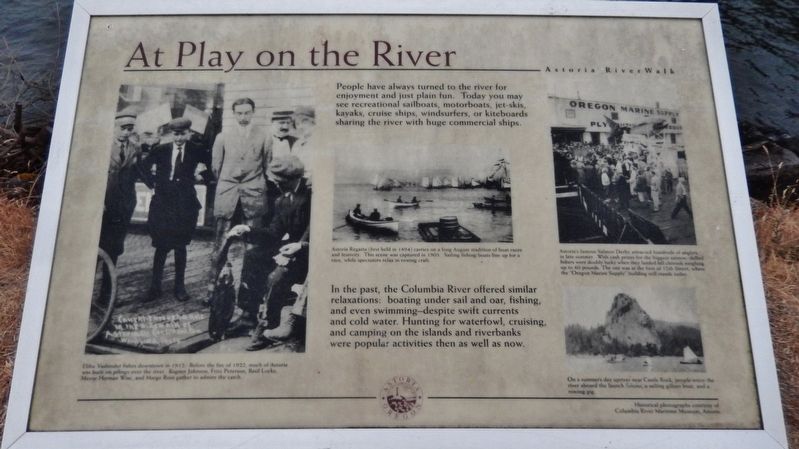 By Cosmos Mariner, July 8, 2015
1. At Play on the River Marker
Inscription.
At Play on the River. . . People have always turned to the river for enjoyment and just plain fun. Today you may see recreational sailboats, motorboats, jet-skis, kayaks, cruise ships, windsurfers, or kiteboards sharing the river with huge commercial ships. . . In the past, the Columbia River offered similar relaxations: boating under sail and oar, fishing, and even swimming – despite swift currents and cold water. Hunting for waterfowl, cruising, and camping on the islands and riverbanks were popular activities then as well as now. . This historical marker was erected by City of Astoria. It is in Astoria in Clatsop County Oregon

In the past, the Columbia River offered similar relaxations: boating under sail and oar, fishing, and even swimming – despite swift currents and cold water. Hunting for waterfowl, cruising, and camping on the islands and riverbanks were popular activities then as well as now.

Erected by City of Astoria.

Location. 46° 11.417′ N, 123° 49.85′ W. Marker is in Astoria, Oregon, in Clatsop County. Marker can be reached from East Columbia River Highway (U.S. 30) west of 12th Street, on the left when traveling east. Marker is located along the Astoria Riverwalk, north of the highway, overlooking the Columbia River, west of 12th 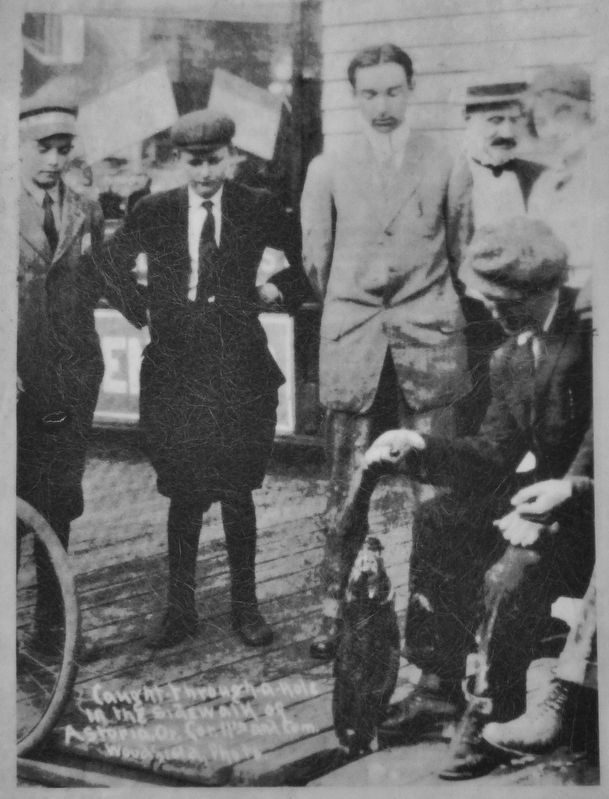 By Cosmos Mariner, July 8, 2015
2. Marker detail: Downtown fishing 1912
Elthe Vasbinder fishes downtown in 1912. Before the fire of 1922, much of Astoria was built on pilings over the river. Ragnor Johnson, Fritz Peterson, Basil Locke, Mayor Herman Wise, and Marge Ross gather to admire the catch.
Street. Touch for map. Marker is at or near this postal address: 151 12th Street, Astoria OR 97103, United States of America. Touch for directions.

Also see . . .  Astoria Regatta History.
Astoria Regatta started in 1894. It is the oldest celebration in Oregon's oldest city, which make it the oldest celebration in the state. The 1894 Astoria was a cultural hodgepodge comprised of Native Americans, Scandinavian, Chinese and the usual polyglot of American/Europeans. Early pictures of Regatta show elaborate festivities amidst the thriving downtown that was built over the river on wooden planks, with both a Boat Parade as well as a Land Parade. (Submitted on January 25, 2018, by Cosmos Mariner of Cape Canaveral, Florida.) 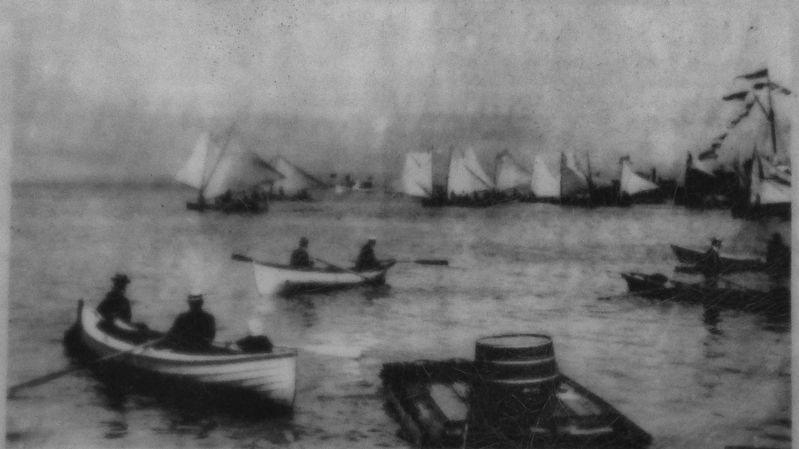 By Cosmos Mariner, July 8, 2015
3. Marker detail: 1903 Astoria Regatta
Astoria Regatta (first held in 1894) carries on a long August tradition of boat races and festivity. This scene was captured in 1903. Sailing fishing boats line up for a race, while spectators relax in rowing craft. By Cosmos Mariner, July 8, 2015
4. Marker detail: Astoria Salmon Derby
Astoria’s famous Salmon Derby attracted hundreds of angles in late summer. With cash prizes for the biggest salmon, skilled fishers were doubly lucky when they landed fall chinook weighing up to 60 pounds. The site was at the foot of 12th Street, where the “Oregon Marine Supply” building still stands today. 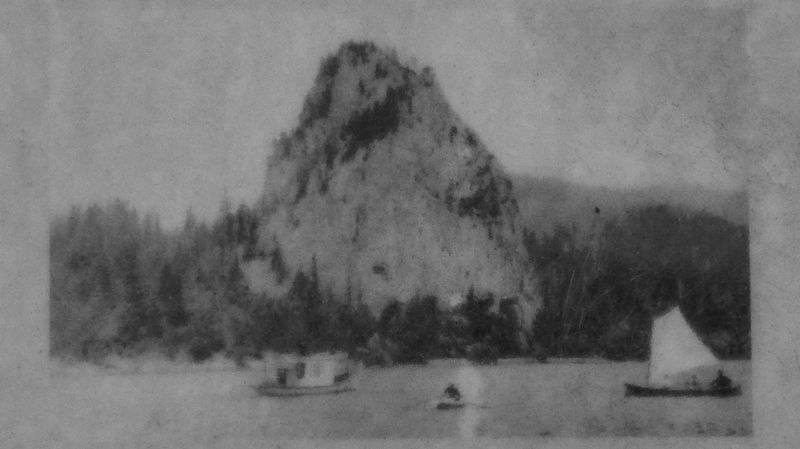 By Cosmos Mariner, July 8, 2015
5. Marker detail: Castle Rock
On a summer’s day upriver near Castle Rock, people enjoy the river aboard a sailing gillnet boat and a rowing gig. 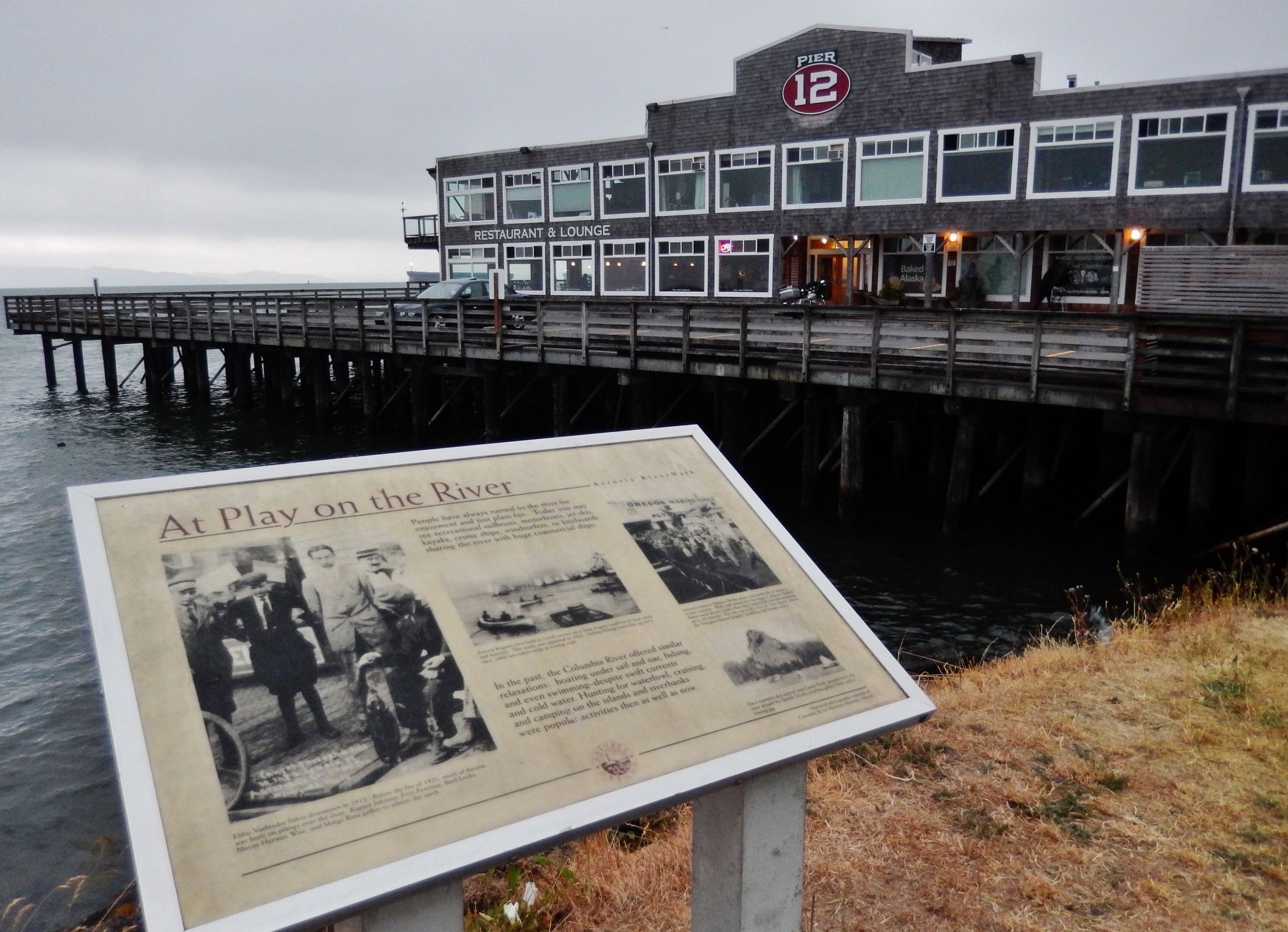