Flags of the World 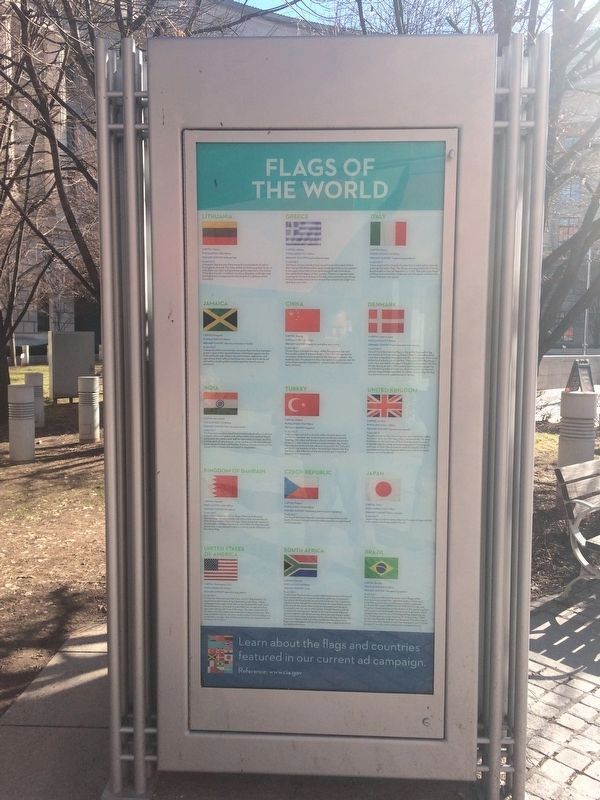 Lithuania
Capital Vilnius
Population 2.88 Million
Primary Export Refined fuel
Flag Fact
Lithuania's flag features three equal horizontal bands of yellow (top), green, and red. The color yellow symbolizes golden fields, as well as the sun, light, and goodness, green represents the forests of the countryside, in addition to nature, freedom, and hope; and red stands for courage and the blood spilled in defense of the homeland.

Greece
Capital Athens
Population 10.7 Million
Primary Export Food and beverages
Flag Fact
The flag is compromised of nine equal horizontal stripe of blue alternating with white; a blue square bearing a white cross appears in the upper hoist side corner symbolizing Greek Orthodoxy, the established religion of the country. There is no agreed upon meaning for the nine stripes or for the colors and the exact shade of blue has never been set by law so it has varied from a light to a dark blue over time. 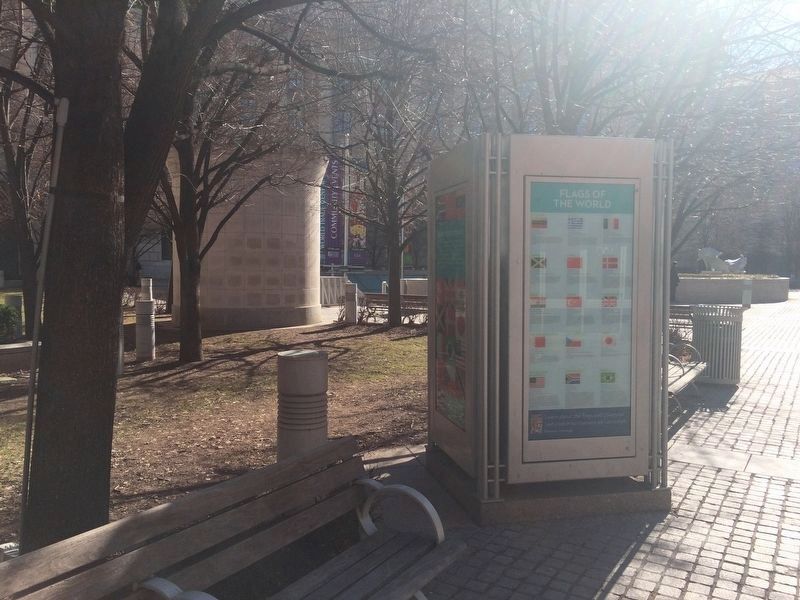 By Devry Becker Jones, January 25, 2018
2. Flags of the World Marker
Export Engineering products
Flag Fact
Three equal vertical bands of green (hoist side), white, and red make up the Italian flag. The design was inspired by the French flag brought to Italy by Napoleon in 1797. The colors are those of Milan (red and white) combined with the green uniform color of the Milanese civic guard. 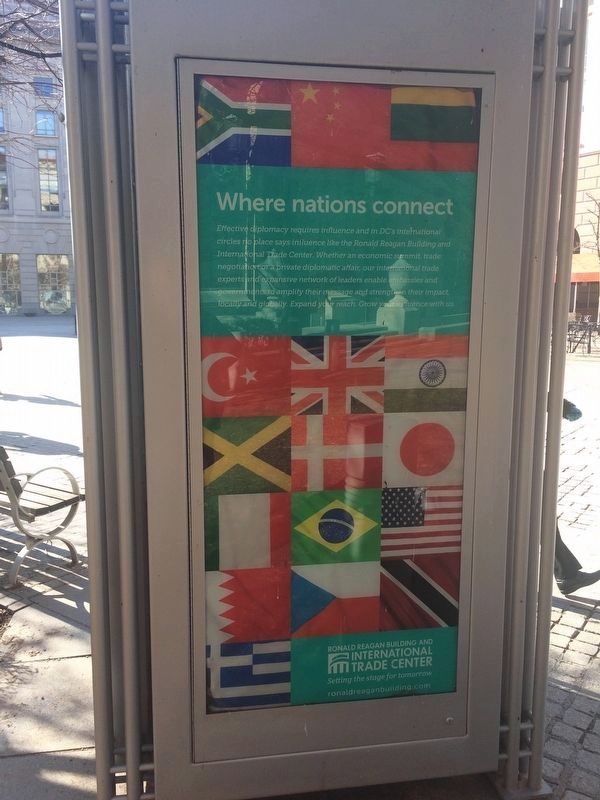 
Effective diplomacy requires influence and in DC's international circles no place says influence like the Ronald Reagan Building and International Trade Center. Whether an economic summit, trade negotiation or a private diplomatic affair, our international trade experts and expansive network of leaders enable embassies and governments to amplify their message and strengthen their impact, locally and globally. Expand your reach. Grow your influence with us.


Ronald Reagan Building and
International
Trade Center
Setting the stage for tomorrow
ronaldreaganbuilding.com
Copenhagen
Population 5.6 Million
Primary Export Machinery and instruments
Flag Fact
One of the oldest national flags in the world, Denmark's flag, also known as the Dannebrog (Danish flag), is red with a white cross that extends to the edges with the vertical part of the cross shifted to the hoist side of the flag. The origin of the flag design varies, but one well-know legend states that the banner fell from the sky during an early 13th century battle and was caught by the Danish king before it ever touched the earth; this heavenly talisman inspired the royal army to victory. In actuality, the flag may derive from a crusade banner or ensign.

Turkey
Capital Ankara
Population 79.4 Million
Primary Export Apparel
Flag Fact
Turkey's flag is red with a vertical white crescent moon and a white five-pointed star centered just outside the crescent opening. The colors and designs closely resemble the banner of the Ottoman Empire, which preceded modern-day Turkey. The crescent moon and star serve as insignia for the Turks and are traditional symbols of Islam. According to legend, the flag represents the reflection of the moon and a star in a pool of blood of Turkish warriors

Kingdom of Bahrain
Capital Manama
Population 1.346 Million
Primary Export Petroleum
Flag Fact
Red is the traditional color for flags of Persian Gulf states. Bahrain's flag is predominantly red with a white serrated band (five white points) on the hoist side. These five points represent the five pillars of Islam. Previously until 2002, the flag had eight points, but it was reduced to five in order to avoid confusion with the Qatari flag.

South Africa
Capital Pretoria
Population 54 Million
Primary Export Gold
Flag Fact
South Africa's flag features two equal width bands of red and blue separated by a central green band that splits into a horizontal Y, the arms of which end at the corners of the hoist side. The Y embraces a black isosceles triangle from which the arms are separated by narrow yellow bands, the red and blue bands are separated from the green band and its arms by narrow white stripes. Though there is no official symbolism for the flag, the Y stands for the "convergence of diverse elements within South African society, taking the road ahead in unity." The colors black, yellow, and green are found on the flag of the African National Congress, while red, white and blue are the colors in the flags of the Netherlands and the UK, whose settlers ruled South Africa during the colonial era.

Brazil
Capital Brasilia
Population 204.2 Million
Primary Export Transport Equipment
Flag Fact
Brazil's flag is predominantly green with a large yellow diamond in the center bearing a blue globe containing 27 white five-pointed stars and features a white equatorial band with the motto ORDEM E PROGRESSO (Order and Progress). Green represents the forests of the country, yellow represents its mineral wealth, the blue circle and stars, which replaced the coat of arms of the original flag, depict the sky over Rio de Janeiro on the morning of 15 November 1889 - the day the Republic of Brazil was declared. With the creation of new states the number of stars has changed from 21 to the current 27 (one for each state and the Federal District).

Learn about the flags and countries
featured in our current ad campaign.
Reference: www.cia.gov

Location. 38° 53.653′ N, 77° 1.783′ W. Marker is in Federal Triangle in Washington, District of Columbia. Marker can be reached from Pennsylvania Avenue Northwest west of 12th Street Northwest. In the courtyard of the Ronald Reagan Building and International Trade Center. Touch for map. Marker is at or near this postal address: 1300 Pennsylvania Ave Northwest, Washington DC 20004, United States of America. Touch for directions.