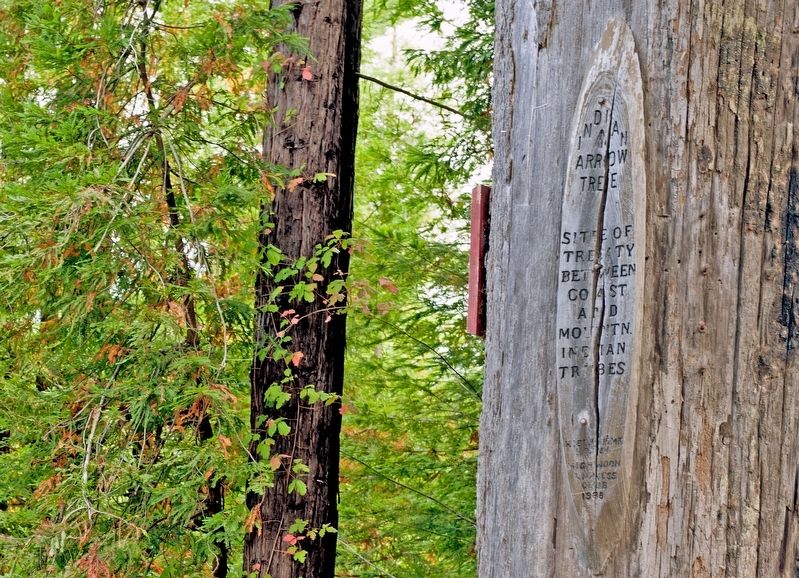 By Alvis Hendley, September 13, 2010
1. Indian Arrow Tree Marker
Inscription.
Indian Arrow Tree. . Site of treaty between coast and mountain Indian tribes . This historical marker was erected in 1988 by High Noon Lioness Club. It is Near Korbel in Humboldt County California

Site of treaty between coast and mountain Indian tribes

Topics and series. This historical marker is listed in this topic list: Native Americans. In addition, it is included in the California Historical Landmark series list. 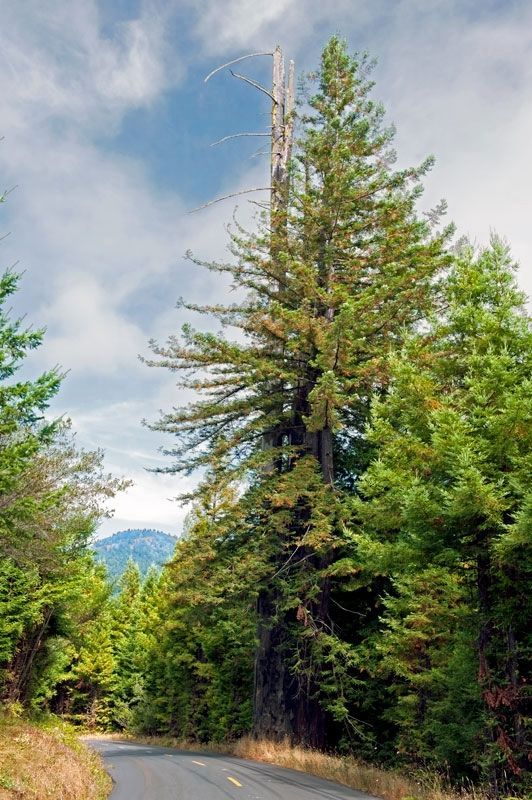 Also see . . .  California Office of Historic Preservation. This site is said to have been used by Indians to commemorate an important peace treaty. In memory of the treaty, each tribe, upon passing, was supposed to have shot an arrow into the bark. (Submitted on January 27, 2018, by Alvis Hendley of San Francisco, California.) 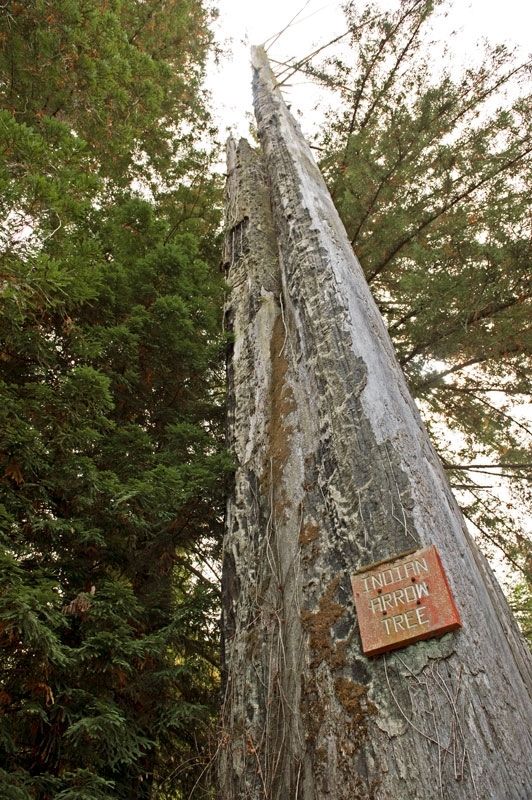 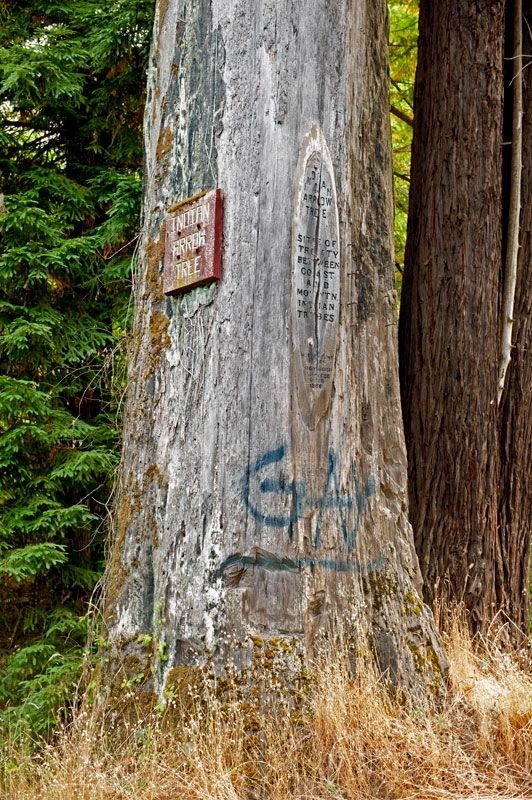