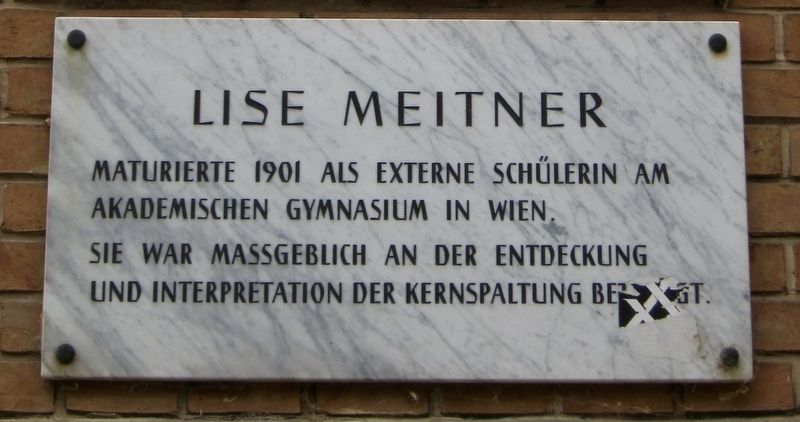 She was instrumental in the discovery and interpretation of nuclear fission. . . This historical marker is in Vienna in Innenstadt Wien Austria