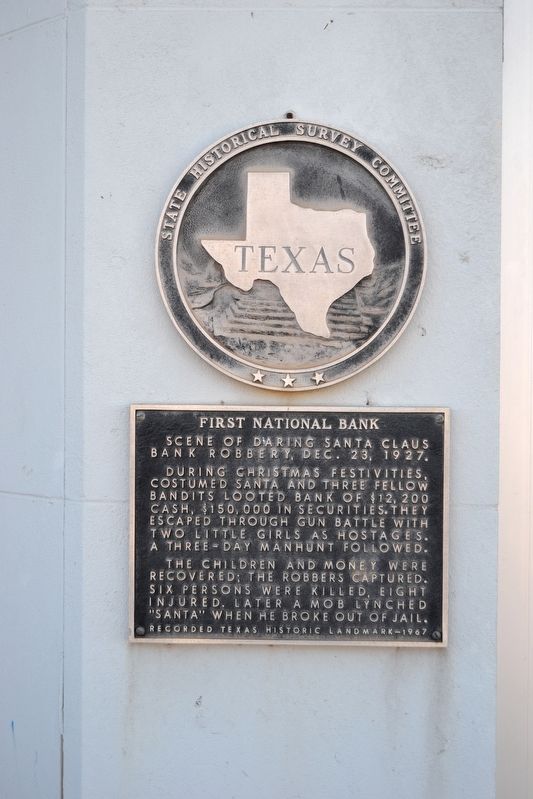 Scene of daring Santa Claus Bank Robbery, Dec. 23, 1927.
During Christmas festivities, costumed Santa and three fellow bandits looted bank of $12,200 cash, $150,000 in securities. They escaped through gun battle with two little girls as hostages. A three-day manhunt followed.
The children and money were recovered; the robbers captured. Six persons were killed, eight injured. Later a mob lynched “Santa” when he broke out of jail.

Topics. This historical marker is listed in this topic list: Notable Events. A significant historical date for this entry is December 23, 1927.

Location. 32° 23.305′ N, 98° 58.777′ W. Marker is in Cisco, Texas, in Eastland County. Marker can be reached from Conrad Hilton Boulevard north of E. 8th Street, on the left when traveling north. Touch for map. Marker is in this post office area: Cisco TX 76437, United States of America. Touch for directions.

Other nearby markers. At least 8 other markers are within 8 miles of this marker, measured as the crow flies. The Bankhead Highway (about 300 feet away, measured in a direct line); First Baptist Church of Cisco 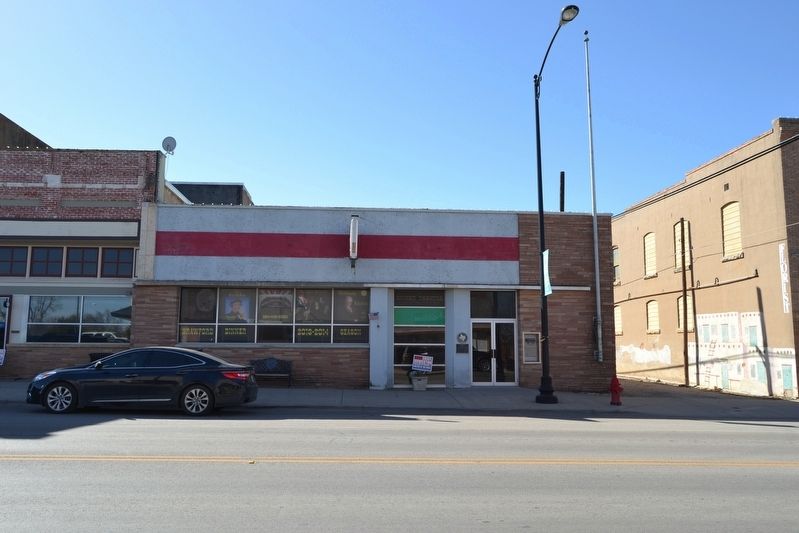