George Nurse (In Memory of) 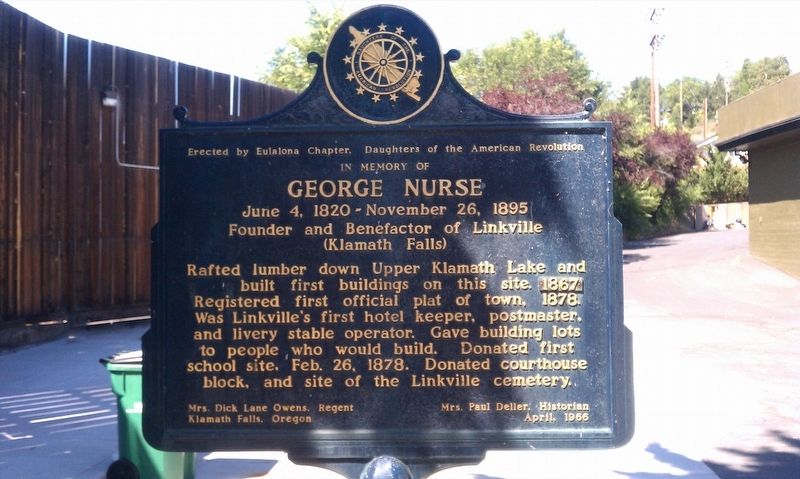 Erected 1966 by Eulalona Chapter Daughters of the American Revolution.

Topics and series. This historical marker is listed in these topic lists: Communications • Education • Industry & Commerce • Settlements & Settlers • Waterways & Vessels. In addition, it is included in the Daughters of the American Revolution (DAR) series list. A significant historical year for this entry is 1878.

Location. 42° 13.195′ N, 121° 47.365′ W. Marker is in Klamath Falls, Oregon, in Klamath County. Marker is on Main Street near Klamath Avenue, on the right when traveling west. Marker is located in the corner of the parking lot of the River Park Inn. Touch for map. Marker 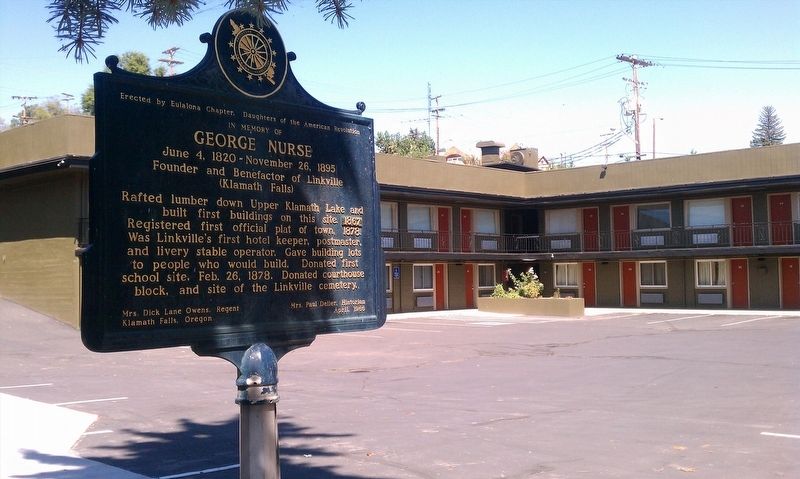 Click or scan to see
this page online
is at or near this postal address: 9 Main Street, Klamath Falls OR 97601, United States of America. Touch for directions.

Regarding George Nurse (In Memory of). OregonHistoryProject.org: Born in New York in 1820, George Nurse, pictured here circa 1900, entered the Oregon Country through California in the early 1860s. In 1860, the Federal Government granted the states swamplands, and by 1867, Oregon opened these lands to settlers. That same year, after securing 160 acres from the state, Nurse established Linkville on the eastern bank of the Link River, between Klamath Lake and Lake Ewauna.

Nurse registered the first plat of the town in 1878. He rafted lumber 42 miles down Klamath Lake from Fort Klamath sawmill to build a store and hotel which would accommodate area settlers and passing travelers. “Generous to a fault,” Nurse donated land from the 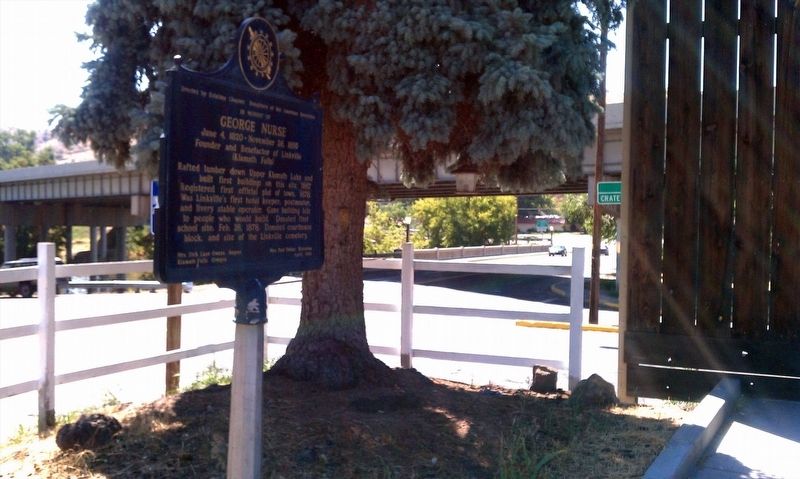 After wearing many hats in Linkville, including six years as postmaster and a brief turn at registrar of the land office, Nurse moved in 1883 to Yreka, California. Linkville was renamed Klamath Falls in 1893, and today, the Link River Bridge crosses the river at the site of Nurse’s store. 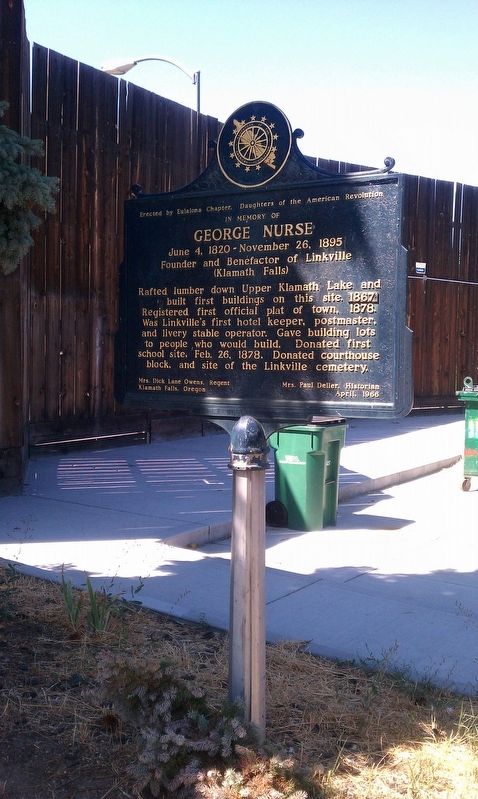 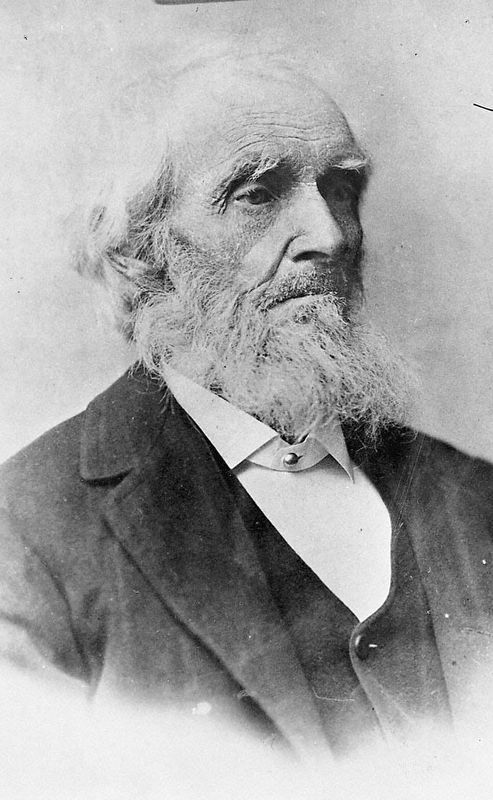