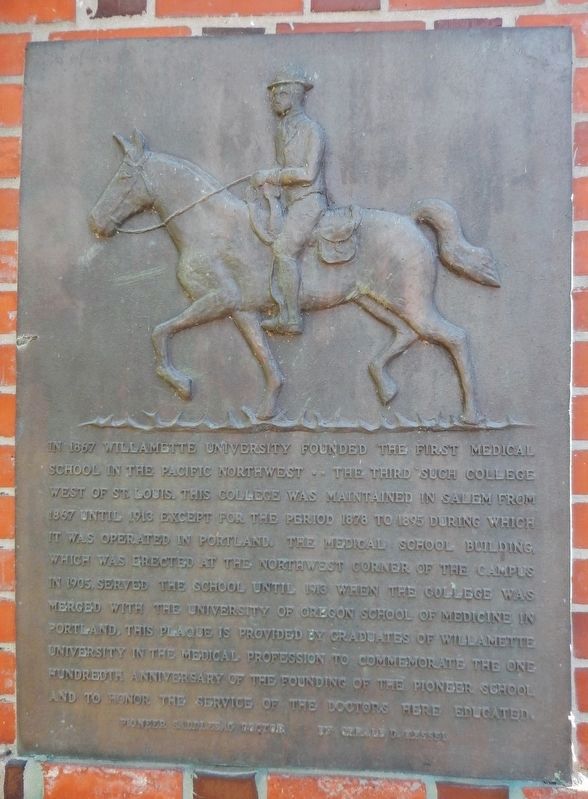 In 1867, Willamette University founded the first medical school in the Pacific Northwest – the third such college west of St. Louis. This college was maintained in Salem from 1867 until 1913 except for the period 1878 to 1895 during which it was operated in Portland. The medical school building which was erected at the northwest corner of the campus in 1905 served the school until 1913 when the college was merged with The University of Oregon School of Medicine in Portland. This plaque is provided by graduates of Willamette University in the medical profession to commemorate the one hundredth anniversary of the founding of the pioneer school and to honor the service of the doctors here educated.

Erected 1967 by Graduates of Willamette University in the Medical Profession.

Topics. This historical marker is listed in these topic lists: Education • Science & Medicine. A significant historical year for this entry is 1867. 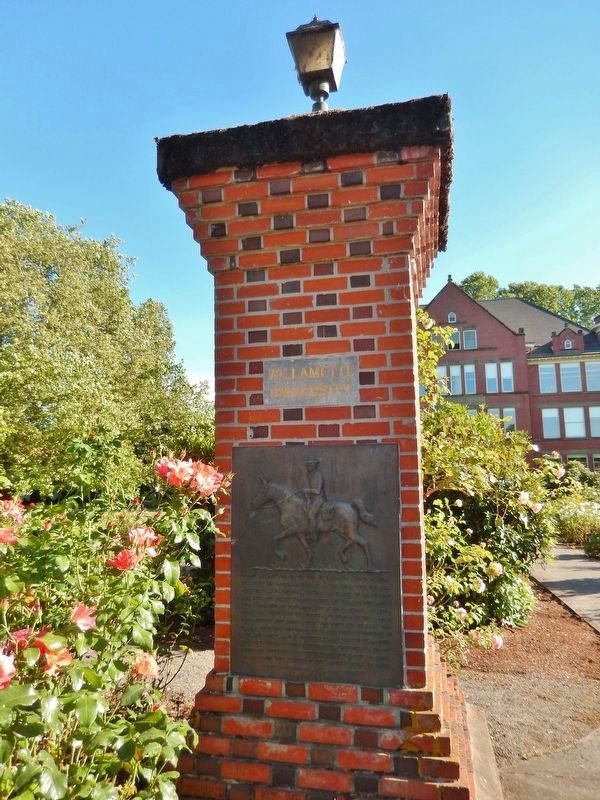 Click or scan to see
this page online
W. Marker is in Salem, Oregon, in Marion County. Marker is on State Street east of Winter Street SE, on the right when traveling east. Marker is located across the street from the Oregon State Capitol, on the Willamette University grounds, at the entrance to the Willamette Rose Garden and Eaton Hall. Touch for map. Marker is at or near this postal address: 950 State Street, Salem OR 97301, United States of America. Touch for directions.

More about this marker. Marker is a metal tablet with bas-relief sculpture of a pioneer saddlebag doctor, mounted on a tall brick pedestal near the sidewalk 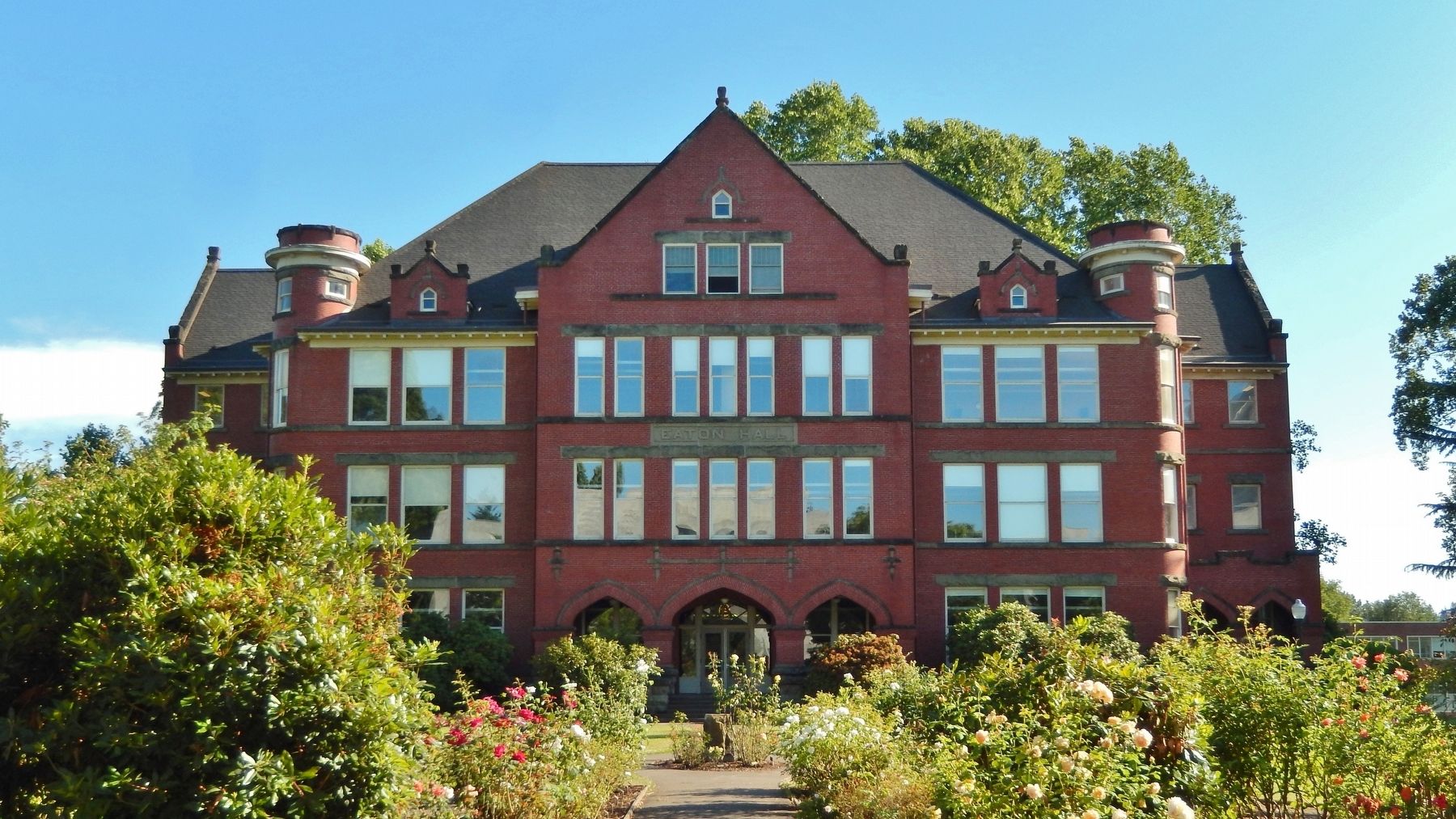 Photographed By Cosmos Mariner, July 5, 2015
3. View of Eaton Hall from marker
students led by Dr. Horace Carpenter. For two years prior the school had been teaching medicine. In 1874, the school had 14 students and 11 professors. Women were attending the school of medicine by 1877. By 1909 the school had an enrollment of 29 and a staff of 16. At that time entering students were not required to have even completed high school. (Submitted on February 4, 2018, by Cosmos Mariner of Cape Canaveral, Florida.) 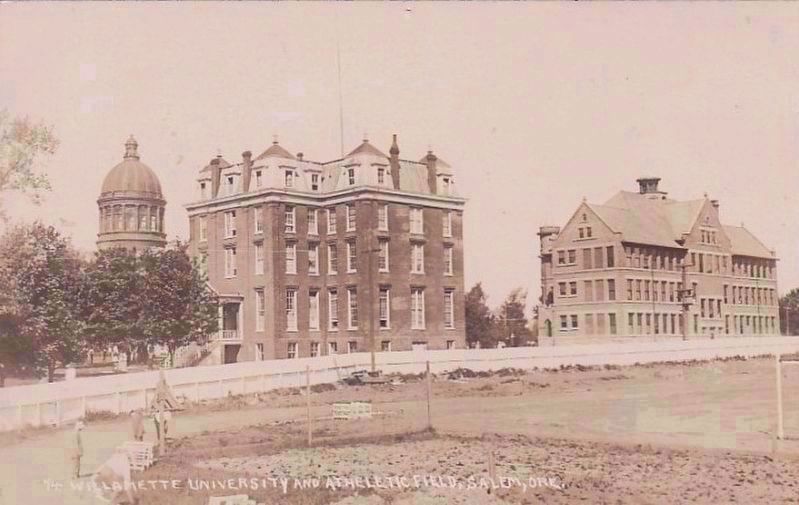