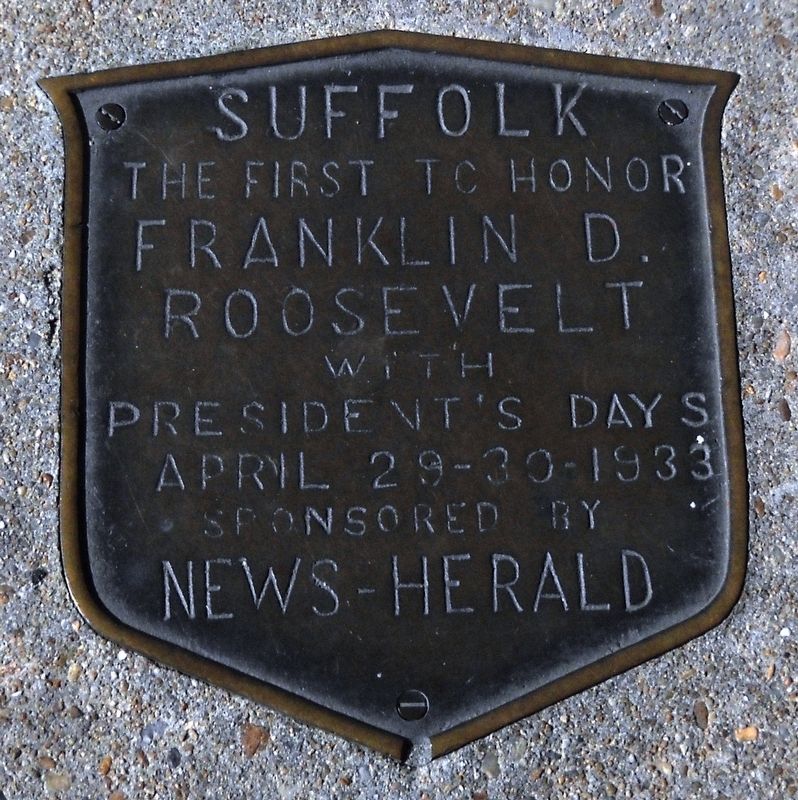 Other nearby markers. At least 8 other markers are within walking distance of this marker. Old City Hall Bell (within shouting distance of this marker); Obici-Oderzo Fountain Marker (about 300 feet away, measured in a direct line); Mr. Peanut (approx. 0.2 miles away); Booker T. Washington High School (approx. ¼ mile away); World War II Memorial (approx. 0.4 miles away); Korea and Vietnam Wars Memorial (approx. 0.4 miles away); Civil War Militia of Suffolk and Nansemond County (approx. half a mile away); World War I Monument (approx. half a mile away). Touch for a list and map of all markers in Suffolk. 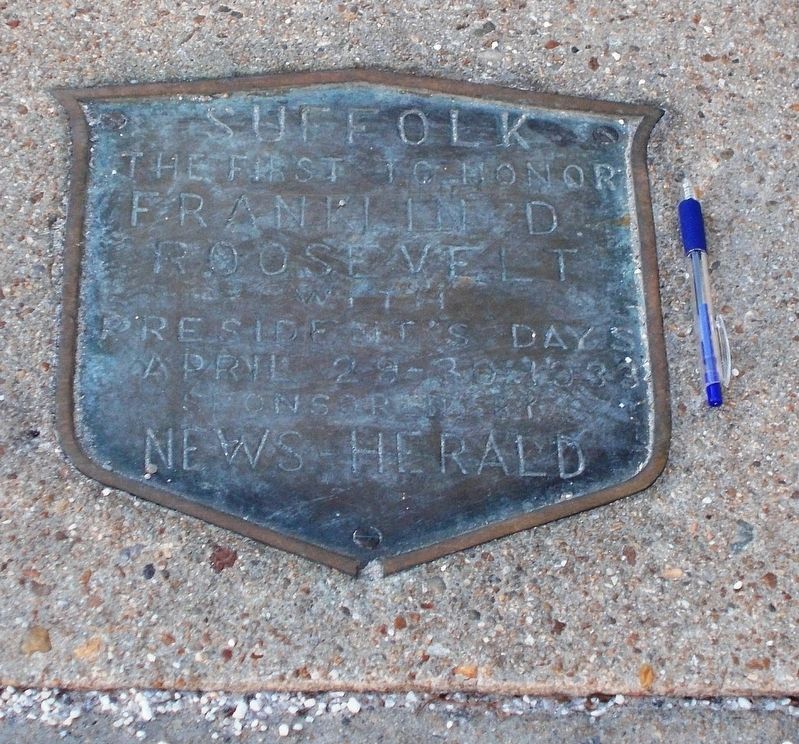 By Cynthia L. Clark, January 14, 2018
2. A view that shows the plaque’s actual size.
The ink pen lying beside the plaque is about four-inches long. 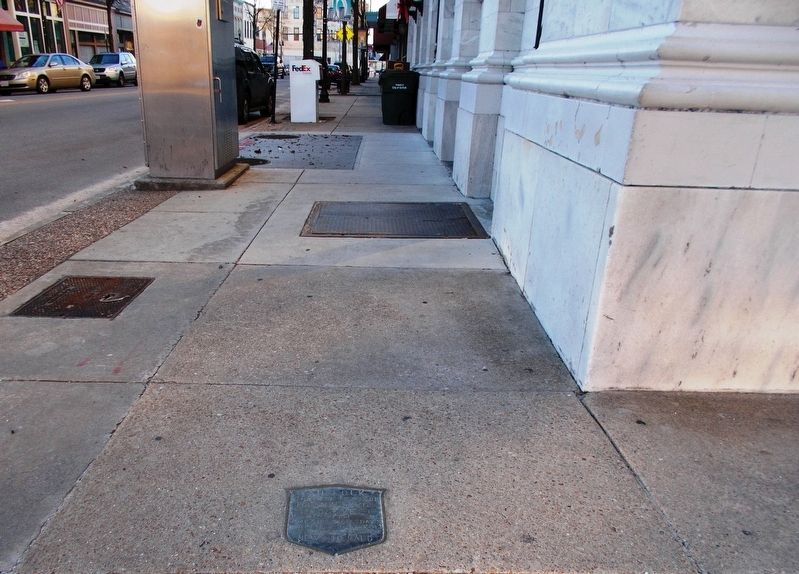 By Cynthia L. Clark, January 14, 2018
3. President’s Days Plaque, facing west.
The viewer is standing on the northwest corner of West Washington at its intersection with East Main Street. 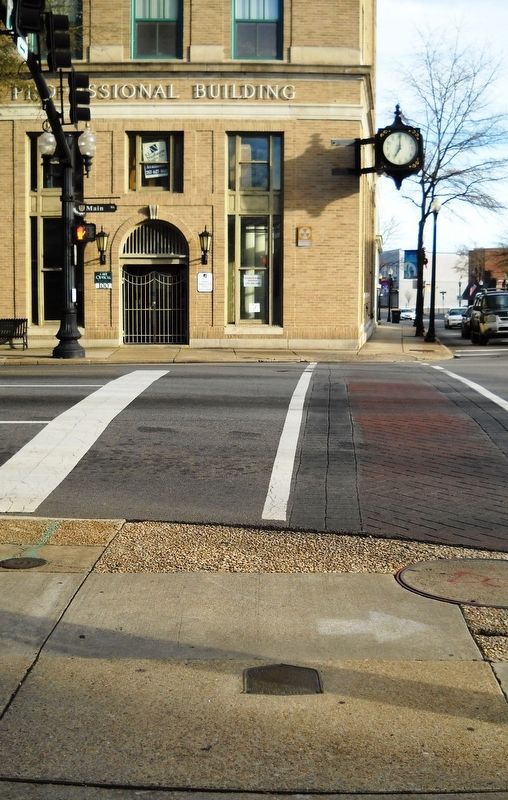 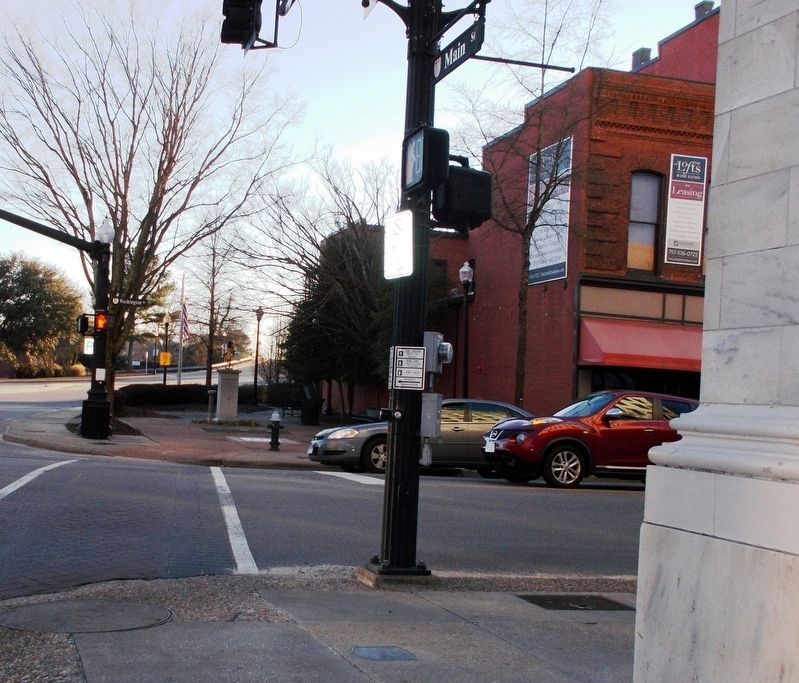 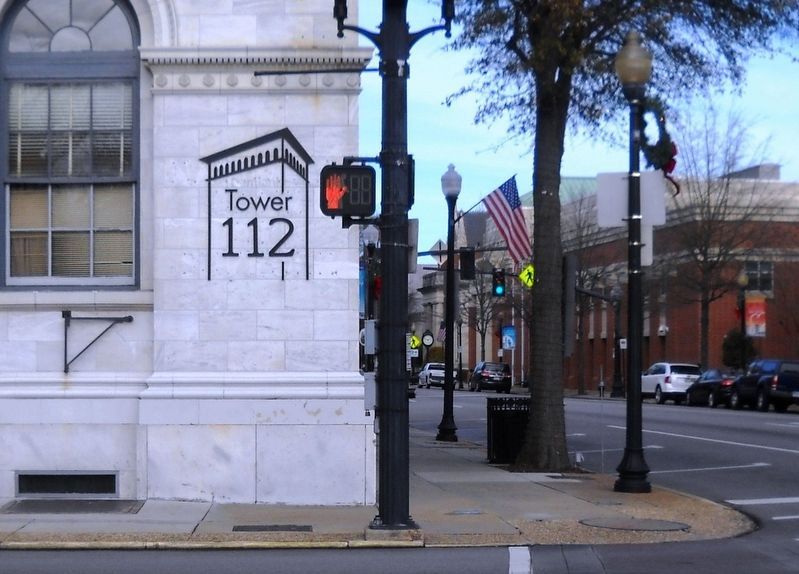