Site of Completion of Pacific Railroad 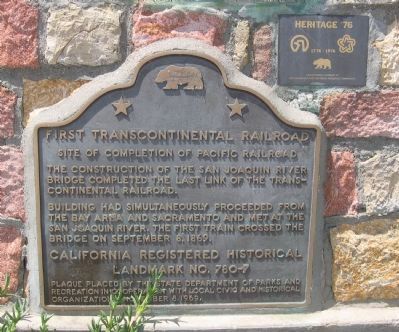 Topics and series. This historical marker is listed in these topic lists: Industry & Commerce • Landmarks • Notable Events • Railroads & Streetcars. In addition, it is included in the California Historical Landmark, the The Spirit of ’76, America’s Bicentennial Celebration, and the Transcontinental Railroad series lists. 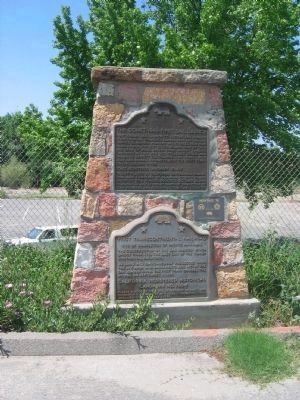 By Syd Whittle, May 11, 2006
2. First Transcontinental Railroad Marker
This marker shares base with The Comet-1846-First Sail Launch marker
is located at the entrance to Mossdale Crossing Park and Launching Facilty. Touch for map. Marker was in this post office area: Lathrop CA 95330, United States of America. Touch for directions.

Regarding First Transcontinental Railroad. This site is a California Registered Historical Landmark (No. 780-7).

At first, trains had to be ferried across the Missouri River to complete a transcontinental journey. The Hannibal Bridge in Kansas City was the first bridge to cross the Missouri, it was completed in 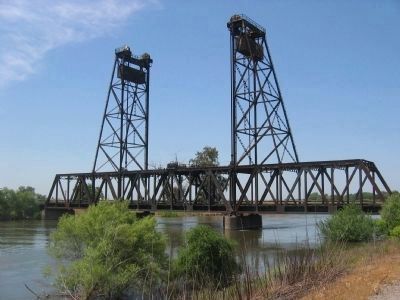 By Syd Whittle, May 11, 2006
3. San Joaquin River Railroad Bridge
July, 1869. In August 1870 the Kansas Pacific connected to the Denver Pacific line at Strasburg, Colorado and the first true Atlantic to Pacific railroad was completed. Council Bluffs was directly connected to the East Coast rail network upon completion of the Union Pacific Missouri River Bridge in 1872.

Source: Transcontinental Railroad - tcrr.com
— Submitted September 16, 2008, by Syd Whittle of El Dorado Hills, California.
2. Date of the first train to cross the bridge
The first train crossed the bridge on September 6, 1869 - not on September 8, 1869, which was inscribed on the marker. This fact was reported in the Sacramento Daily Union, Volume 37, Number 5755, 7 September 1869 with the byline "From Stockton - September 6th" and the quote "The Western Pacific Railroad bridge across the San Joaquin River was finished to-day [September 6th], and three trains of cars crossed it, one for San Jose and two for Alameda." This was the first through train from Sacramento leaving at 10 am and arriving at Alameda at 10:30 pm, with one train switching off at 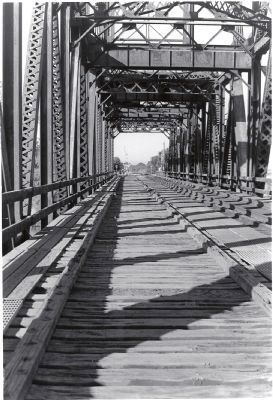 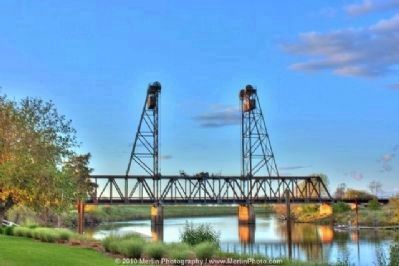 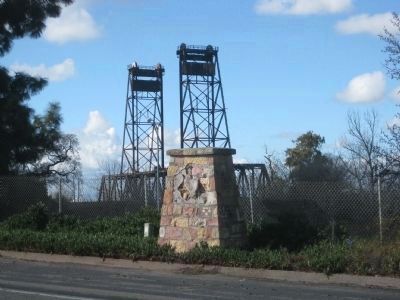