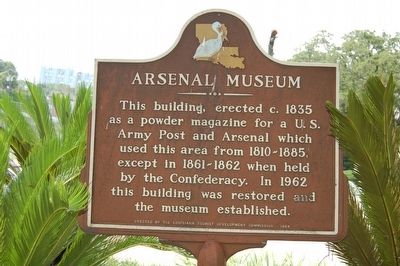 August 14, 2015
1. Arsenal Museum Marker
Inscription.
Arsenal Museum. . This building, erected c. 1835 as a powder magazine for a U.S. Army Post and Arsenal which used this area from 1810-1885, except in 1861-1862 when held by the Confederacy. In 1962 this building was restored and the museum established. . This historical marker was erected in 1968 by Louisiana Tourist Development commission. It is in Baton Rouge in East Baton Rouge Parish Louisiana

Topics. This historical marker is listed in these topic lists: Education • Military • War, US Civil. A significant historical year for this entry is 1835. 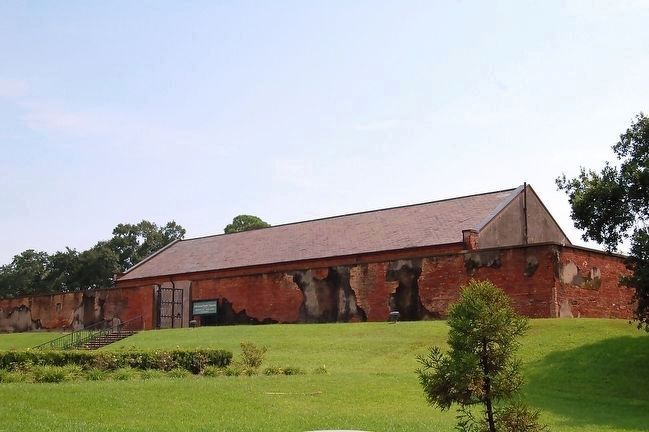 August 14, 2015
2. Arsenal Museum
Significance: The U.S. Arsenal Powder Magazine at Baton Rouge was constructed between 1836 and 1838 by the United States Army Engineer Department at a cost of $29,432. It is one of only two buildings surviving from the Baton Rouge Arsenal and Ordnance Depot which once garrisoned one infantry regiment, one artillery company, and six cavalry troops. The magazine held 3,000 barrels of powder. American military leaders who served at the post include Zebulon Pike, Robert E. Lee, Ulysses Grant, Wade Hampton, George Armstrong Custer, P.G. T. Beauregard, James Longstreet, George McClellan, Nathan B. Forrest and Zachary Taylor, who was living at the post when he was elected President of the United States. This powder magazine, the third of four magazines built at the post, is located within the boundaries of the Louisiana State Capitol National Historic Landmark, in the east garden of the Capitol grounds. Although excluded specifically in the landmark designation, the magazine building was independently listed in the National Register of Historic Places in 1973. The site, overlooking the Mississippi River, had been used for military purposes since 1779 and possibly earlier by the governments of France, England, Spain, West Florida, the United States and the Confederate States. It was the scene of one of the few Revolutionary War battles fought outside the eastern states, the northwest territories or Canada. Other battles fought at this same site include the West Florida Rebellion and the Civil War siege of Baton Rouge. - Historic American Buildings Survey 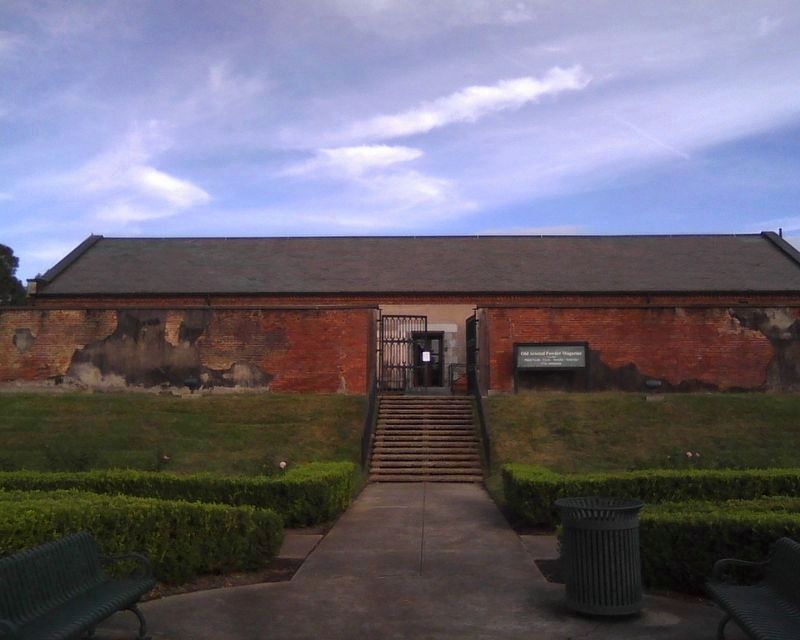 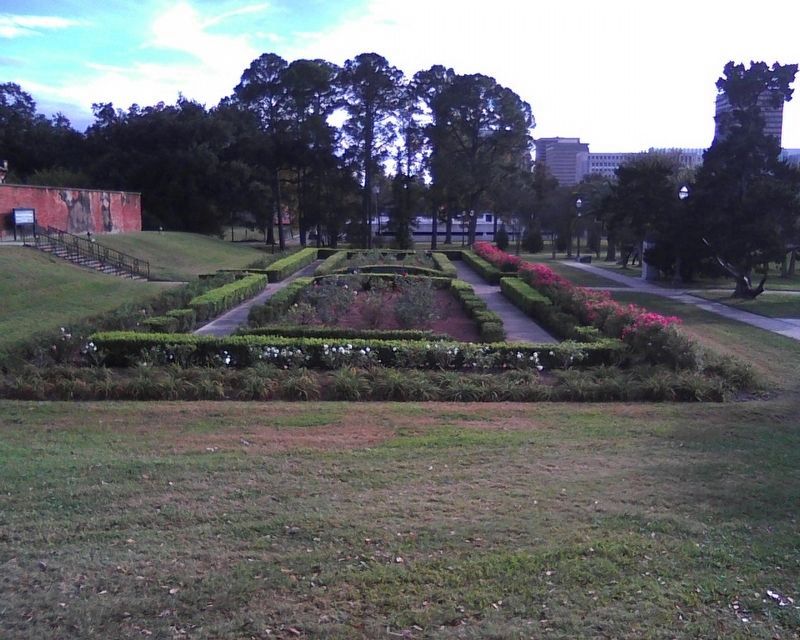