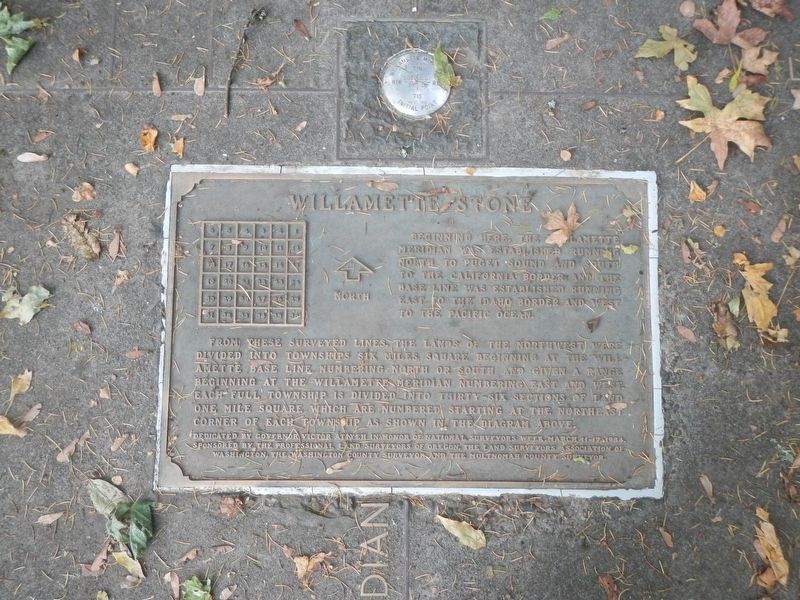 Beginning here, the Willamette Meridian was established running north to Puget Sound and south to the California border, and the Base Line was established running east to the Idaho border and west to the Pacific Ocean.
From the surveyed lines, the lands of the Northwest were divided into townships six miles square beginning at the Willamette Base Line numbering north or south and given a Range beginning at the Willamette Meridian numbering east and west each full township is divided into thirty-six Sections of land one mile squares which are numbered starting at the northeast corner of each Township as shown in the diagram above. 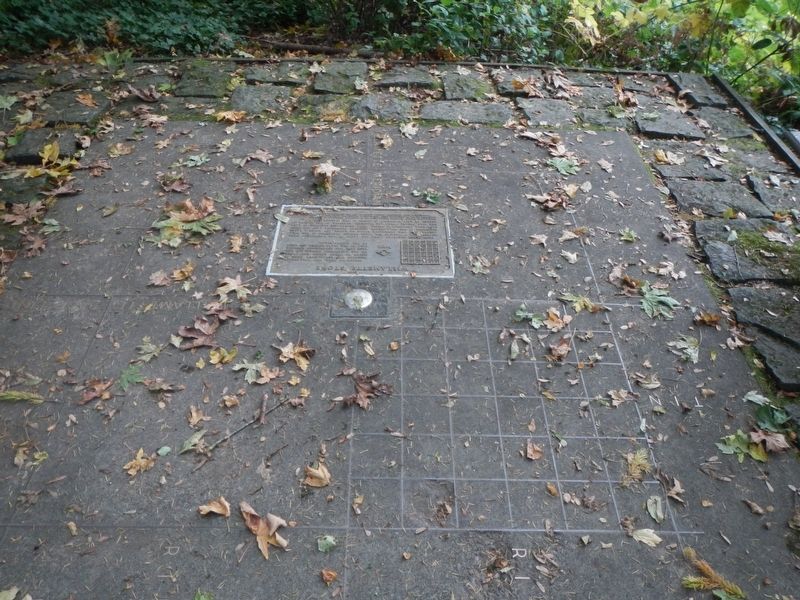 More about this marker. This marker is in Willamette State Heritage Site. 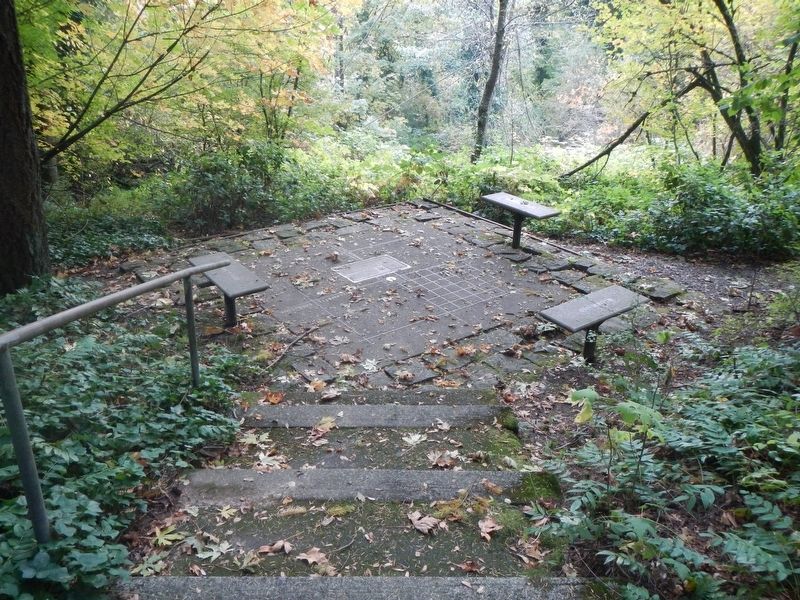