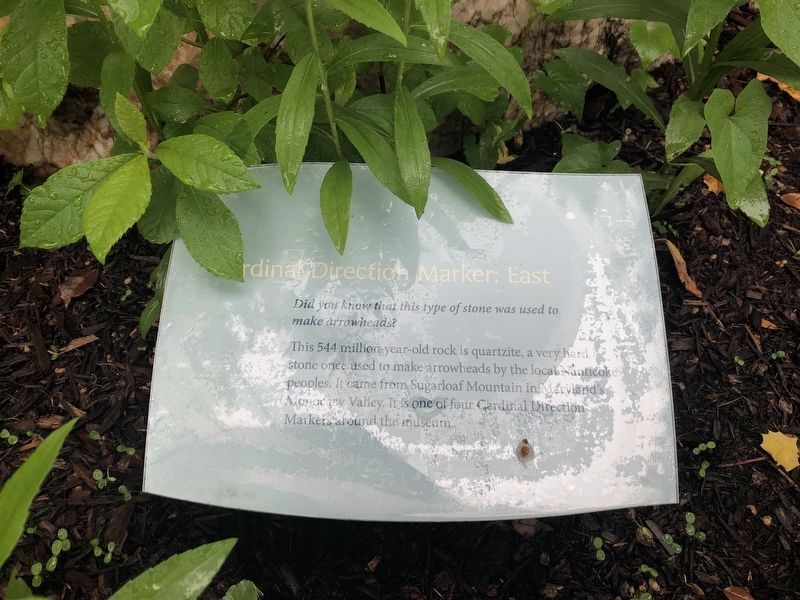 Did you know that this type of stone was used to make arrowheads?

This 544 million-year-old rock is quartzite, a very hard stone used to make arrowheads by the local Nanticoke peoples. It came from Sugarloaf Mountain in Maryland's Monocacy Valley. It is one of four Cardinal Direction Markers around the museum.

Topics. This historical marker is listed in these topic lists: Environment • Native Americans.

Other nearby markers. At least 8 other markers are within walking distance of this location. A different marker also named Cardinal Direction Marker: East (here, next to this marker); National Native American Veterans Memorial 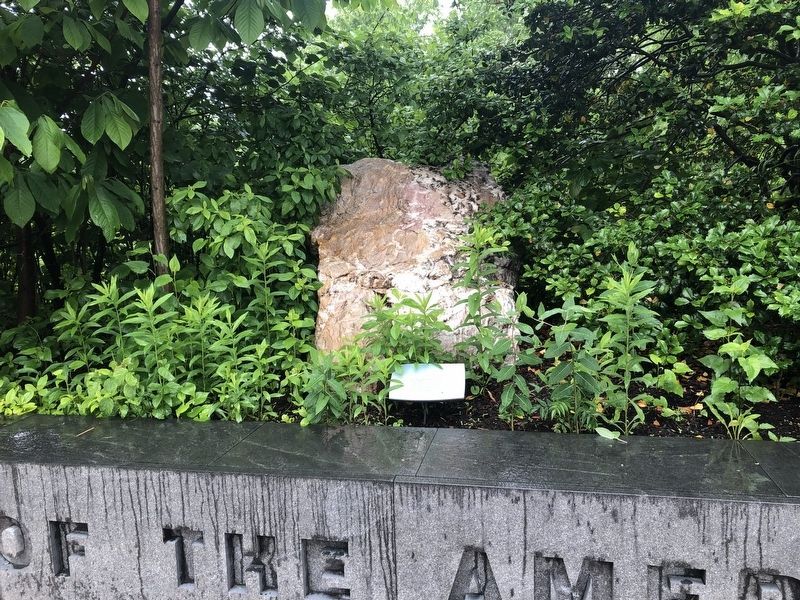