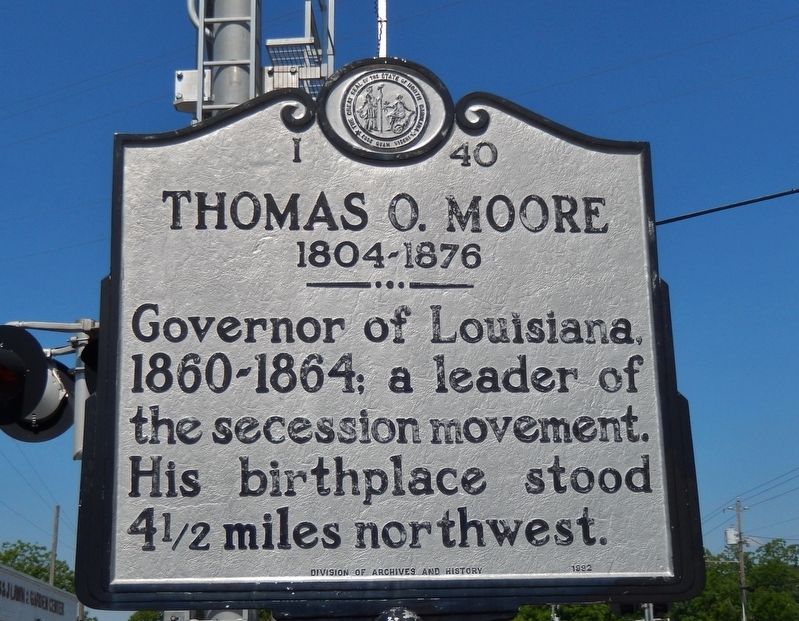 Photographed By Cosmos Mariner, May 16, 2017
1. Thomas O. Moore Marker
Inscription.
Thomas O. Moore. , Governor of Louisiana, 1860-1864; a leader of the secession movement. , His birthplace stood 4½ miles northwest. . This historical marker was erected in 1992 by Division of Archives and History. It is in Turkey in Sampson County North Carolina

Governor of Louisiana, 1860-1864; a leader of the secession movement.
His birthplace stood 4½ miles northwest.

Erected 1992 by Division of Archives and History. (Marker Number I-40.)

Location. 34° 59.54′ N, 78° 11.045′ W. Marker is in Turkey, North Carolina, in Sampson County. Marker is at the intersection of Turkey Highway (State Highway 24) and North Main Street, on the right when traveling west on Turkey Highway. Marker is located north of the railroad tracks. Touch for map. Marker is at or near this postal address: 11 Railroad Street, Turkey NC 28393, United States of America. Touch for directions. 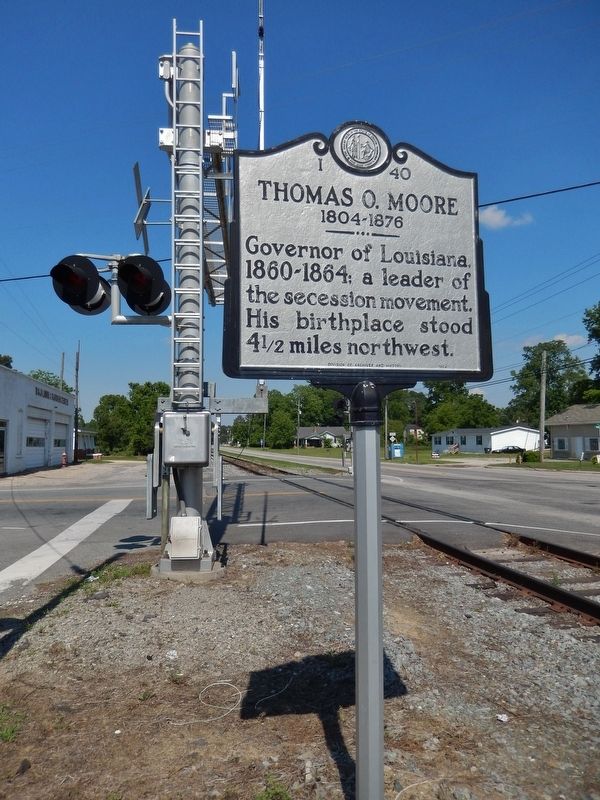 Also see . . .  Moore, Thomas Overton. Thomas Overton Moore, cotton and sugar planter and governor of Louisiana, was born in Sampson County. In 1842 Moore entered local politics, and in 1848 he became a state senator. In the legislature he supported a bill to establish a "seminary" that evolved into Louisiana State University. It was to him as governor-elect that U.S. Army Major William T. Sherman reported in November 1859, when he arrived to become the seminary's first superintendent. Inaugurated on 23 January 1860, Moore soon faced a crisis as the Civil War approached. He wanted to hold his state in the Union "if any honorable way" could be found, but the course of events led the Louisiana Secession Convention to vote on 25 January 1861 to secede. (Submitted on February 24, 2018, by Cosmos Mariner of Cape Canaveral, Florida.) 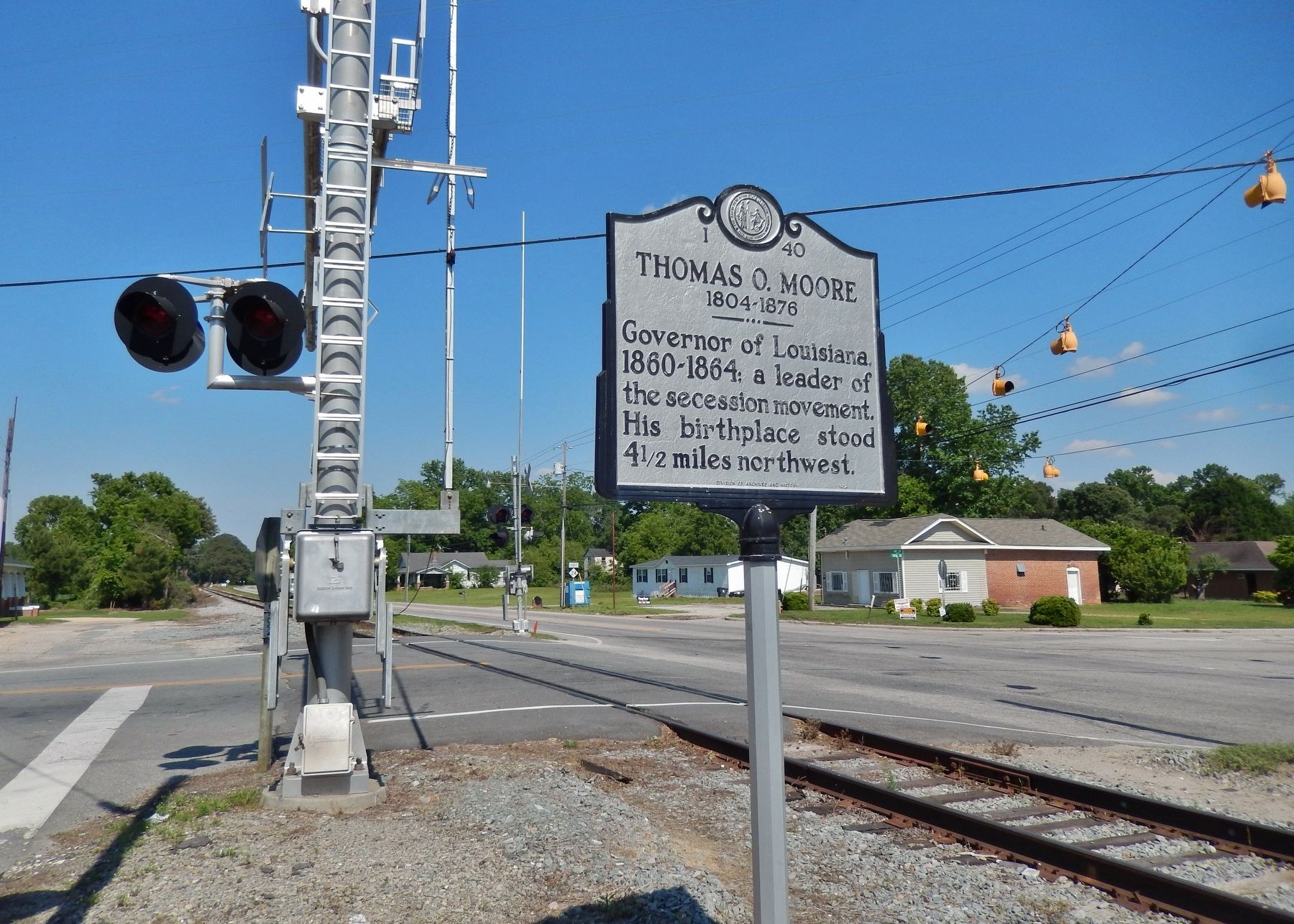