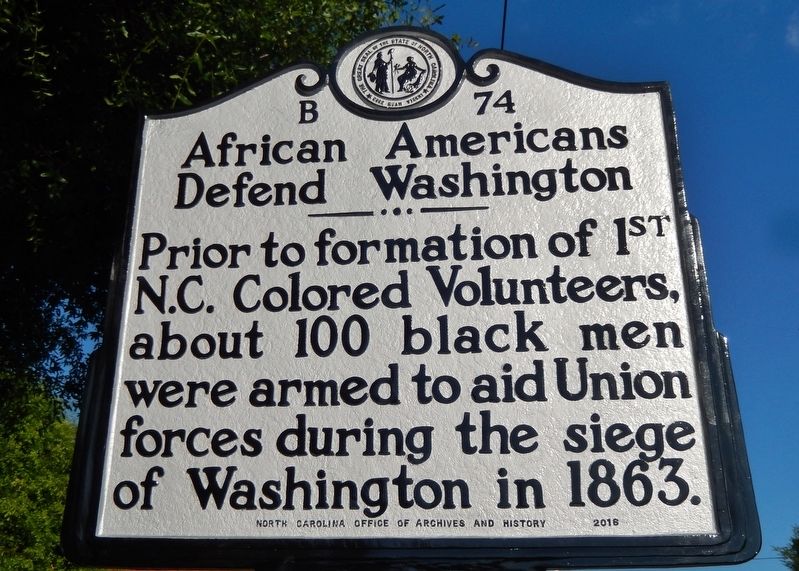 Prior to formation of 1st N.C. Colored Volunteers, about 100 black men were armed to aid Union forces during the siege of Washington in 1863.

Erected 2016 by North Carolina Office of Archives and History. (Marker Number B-74.)

Topics and series. This historical marker is listed in these topic lists: African Americans • War, US Civil. In addition, it is included in the North Carolina Division of Archives and History series list. A significant historical year for this entry is 1863. 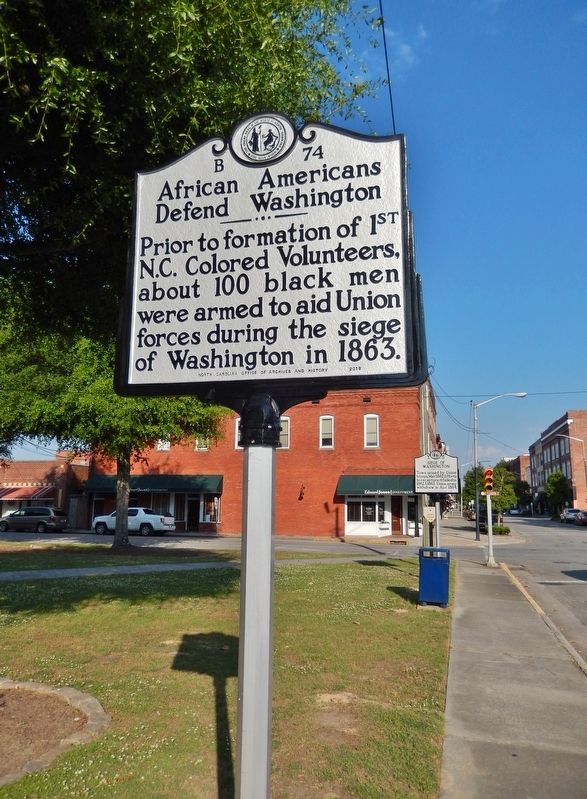 Also see . . .
1. African Americans Defend Washington. During the siege of Washington in April 1863, Union troops armed African Americans to participate in the defense of the town. The incident is an early example in North Carolina of the shift in U.S. policy towards recruiting African Americans for military service in the Civil War. (Submitted on February 27, 2018, by Cosmos Mariner of Cape Canaveral, Florida.) 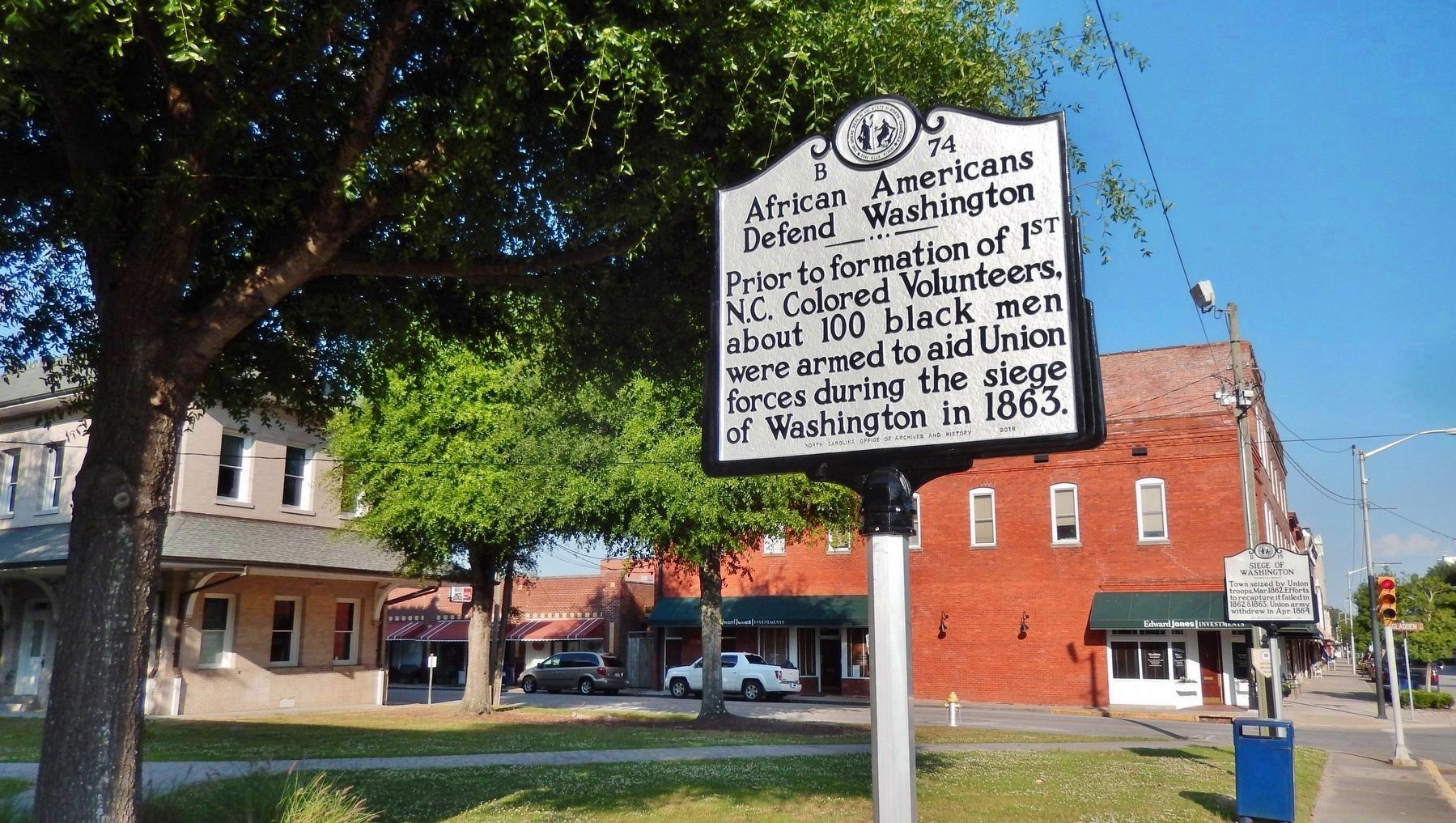