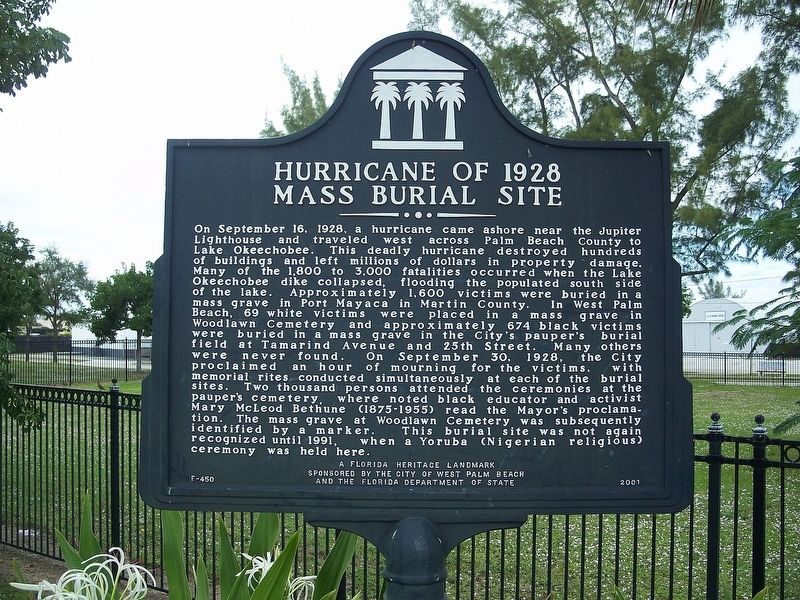 On September 16, 1928, a hurricane came ashore near the Jupiter lighthouse and traveled west across Palm Beach County to Lake Okeechobee. This deadly hurricane destroyed hundreds of buildings and left millions of dollars in property damage. Many of the 1,800 to 3,000 fatalities occurred when the Lake Okeechobee dike collapsed, flooding the populated south side of the lake. Approximately 1,600 victims were buried in a mass grave in Port Mayaca in Martin County. In West Palm Beach, 69 white victims were placed in a mass grave in Woodlawn Cemetery and approximately 674 black victims were buried in a mass grave in the City's pauper's burial field at Tamarind Avenue and 25th Street. Many others were never found. On September 30, 1928, the City proclaimed an hour of mourning for the victims, with memorial rites conducted simultaneously at each of the burial sutes. Two thousand persons attended the ceremonies at the pauper's cemetery, where noted black educator and activist Mary McCleod Bethune (1875–1955) read the Mayor's proclamation. The mass grave at Woodlawn Cemetery was subsequently identified by a marker. This burial site was not again 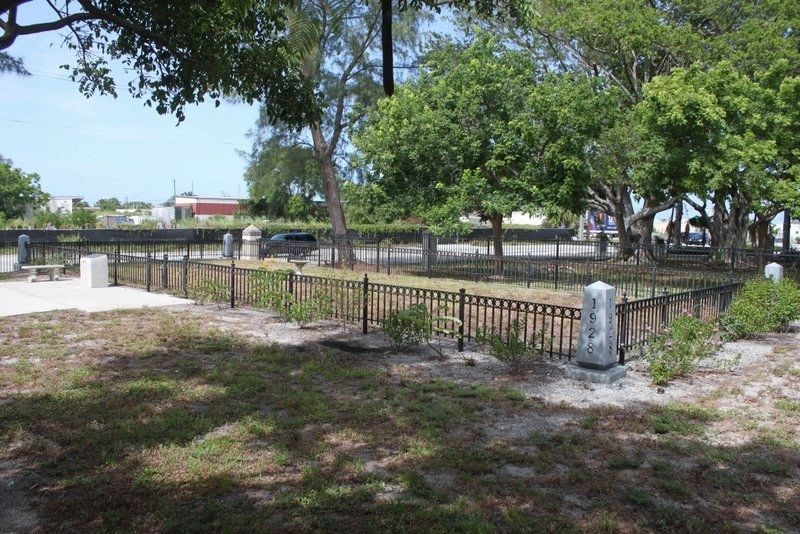 Click or scan to see
this page online
recognized until 1991, when a Yoruba (Nigerian religious) ceremony was held here.

Erected 2001 by City of West Palm Beach and the Florida Department of State. (Marker Number F-450.)

Topics and series. This historical marker is listed in these topic lists: African Americans • Cemeteries & Burial Sites • Disasters. In addition, it is included in the Mary McLeod Bethune series list. A significant historical date for this entry is September 16, 1928. 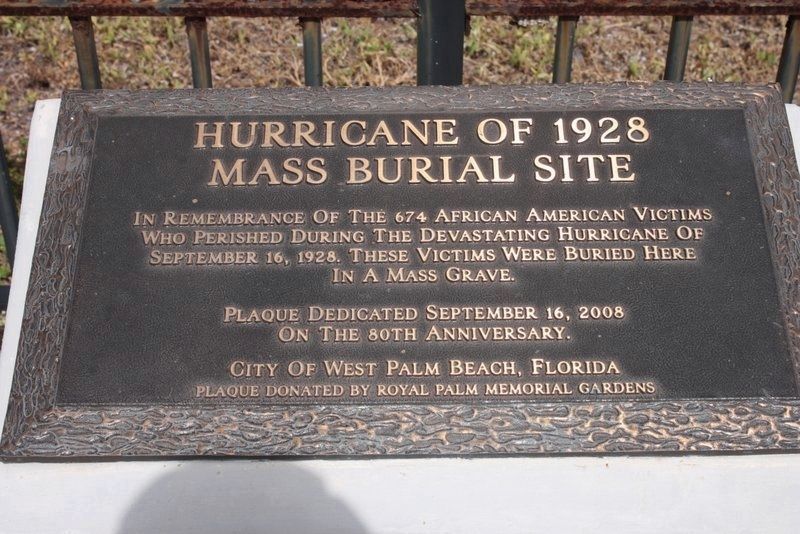