— Operated by the Connecticut Department of Transportation — 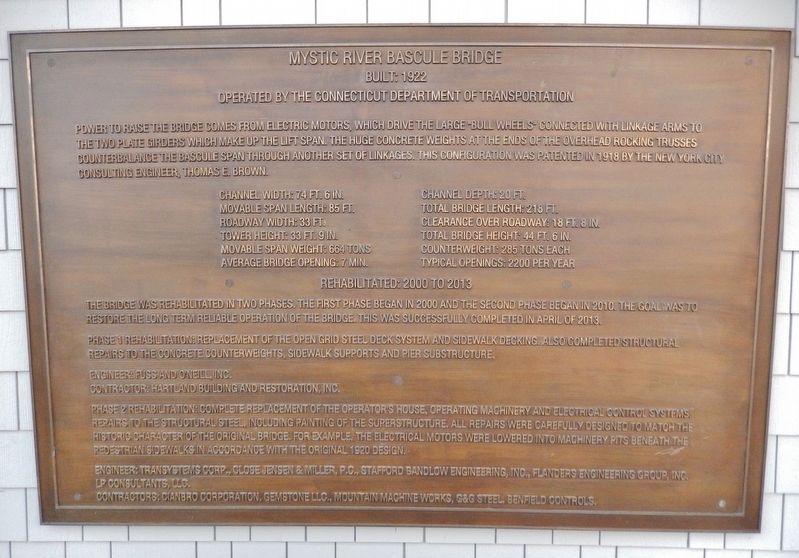 Power to raise the bridge comes from electric motors, which drive the large “Bull Wheels” connected with Linkage arms to the two plate girders which make up the lift span. The huge concrete weights at the ends of the overhead rocking trusses counterbalance the bascule span through another set of linkages. This configuration was patented in 1918 by the New York City Consulting Engineer, Thomas E. Brown. 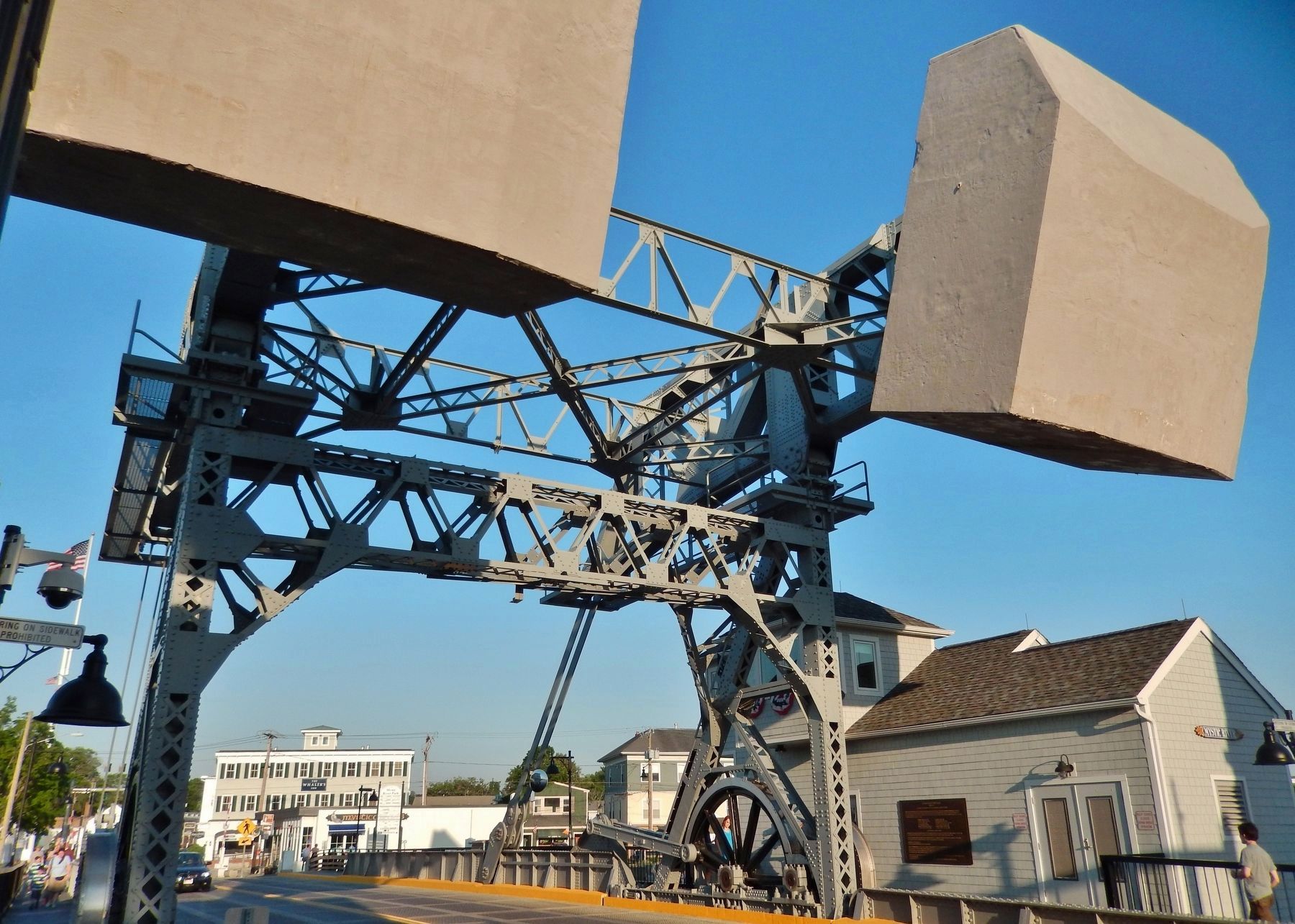 Phase 2 Rehabilitation: Complete replacement of the operator’s house, operating machinery and electrical control systems. Repairs to the structural steel, including painting of the superstructure. All repairs were carefully designed to match the historic character of the original bridge. For example, the electric motors were lowered into machinery pits beneath the pedestrian sidewalks in accordance with the original 1920 design.

Erected by Connecticut Department of Transportation. 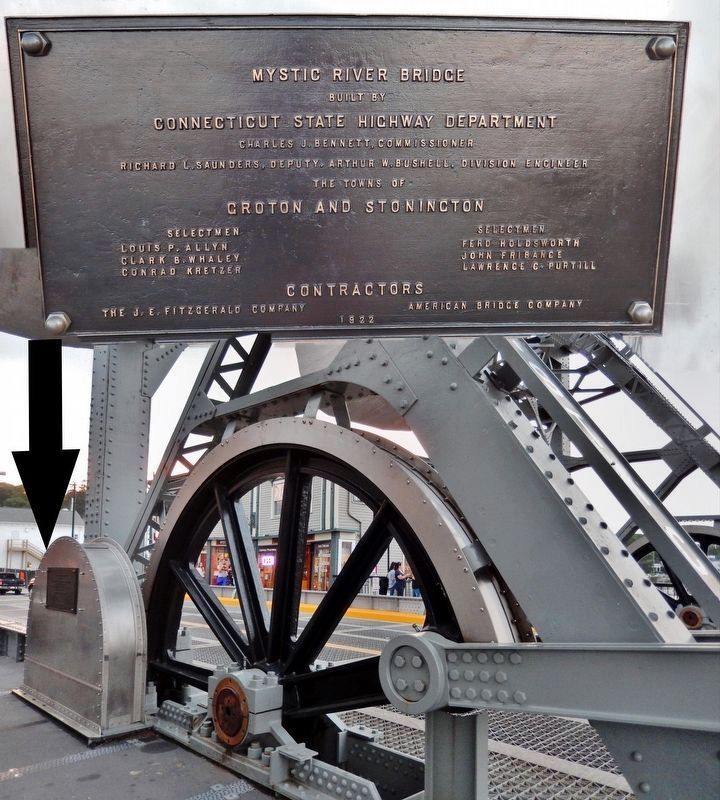 Contractors
The J.E. Fitzgerald Company
American Bridge Company
1922
U.S. 1) east of Gravel Street, on the right when traveling east. Marker is a large metal plaque mounted at eye level, directly on the Bridge Operator's House, beside the pedestrian walkway, on the north side of the bridge. Touch for map. Marker is at or near this postal address: 1 West Main Street, Mystic CT 06355, United States of America. Touch for directions. 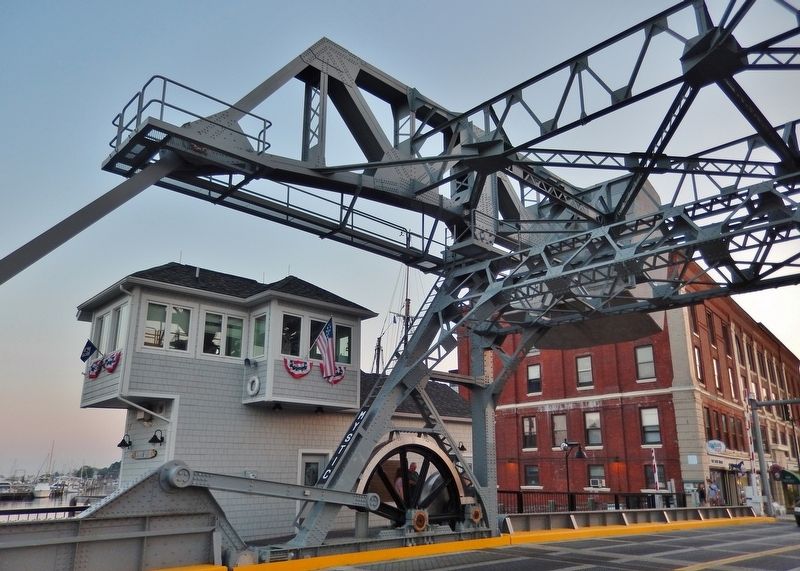 By Cosmos Mariner, June 12, 2017
4. Mystic River Bridge (Operator's House)
.
(This link includes a picture of the bridge in "closed" or "up" position.) Few bridges are as much fun to watch in operation as the Route 1 bridge in Mystic, because unlike many bascules, its mechanical parts are all out in the open. Besides being economical to build, the design had many advantages: accessibility of major parts for maintenance, automatic braking of the bridge at the top of its movement, latitude for imprecise motor control, and distribution of the bridge and counterweight forces onto separate piers. (Submitted on March 11, 2018, by Cosmos Mariner of Cape Canaveral, Florida.) 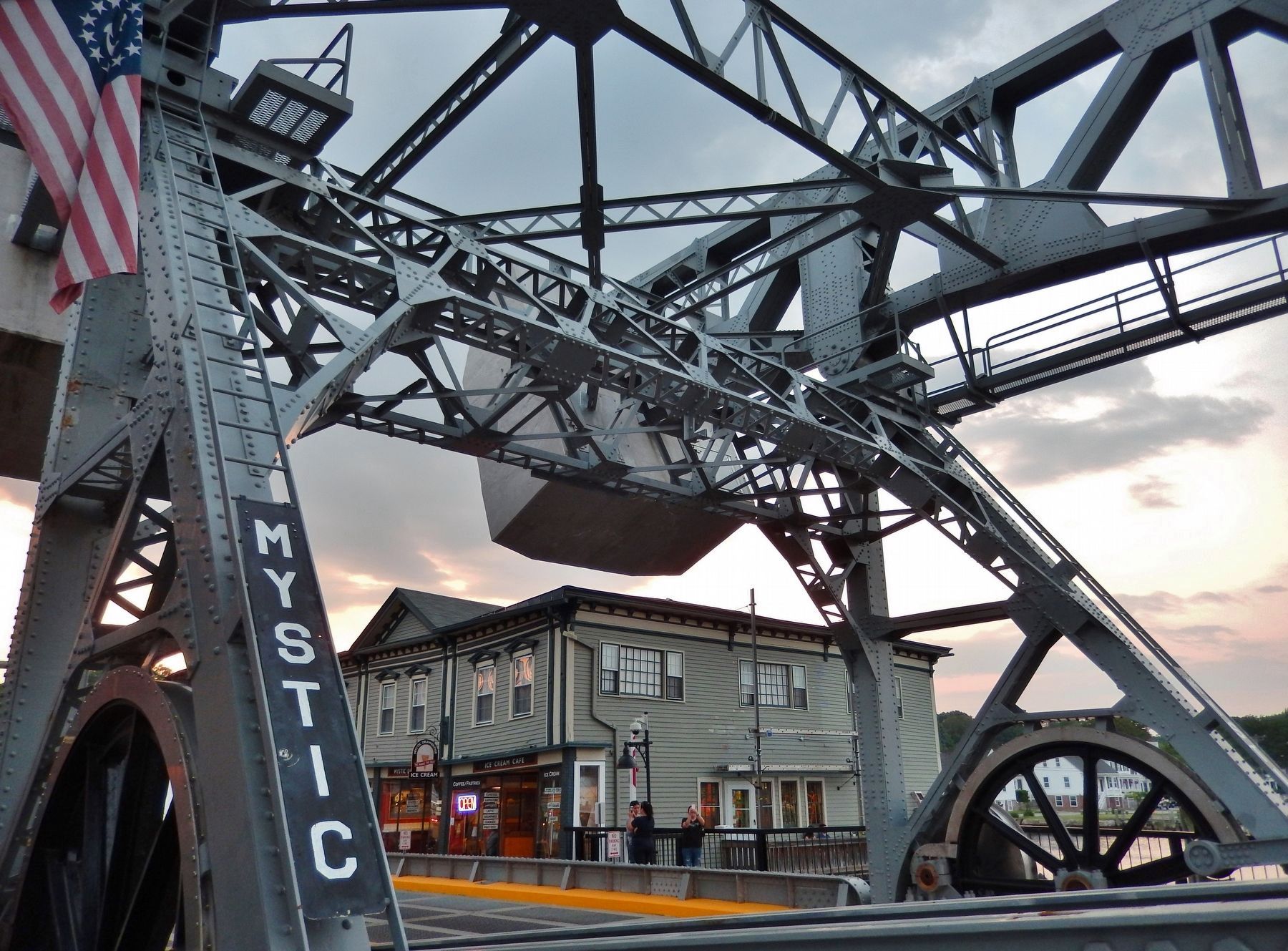 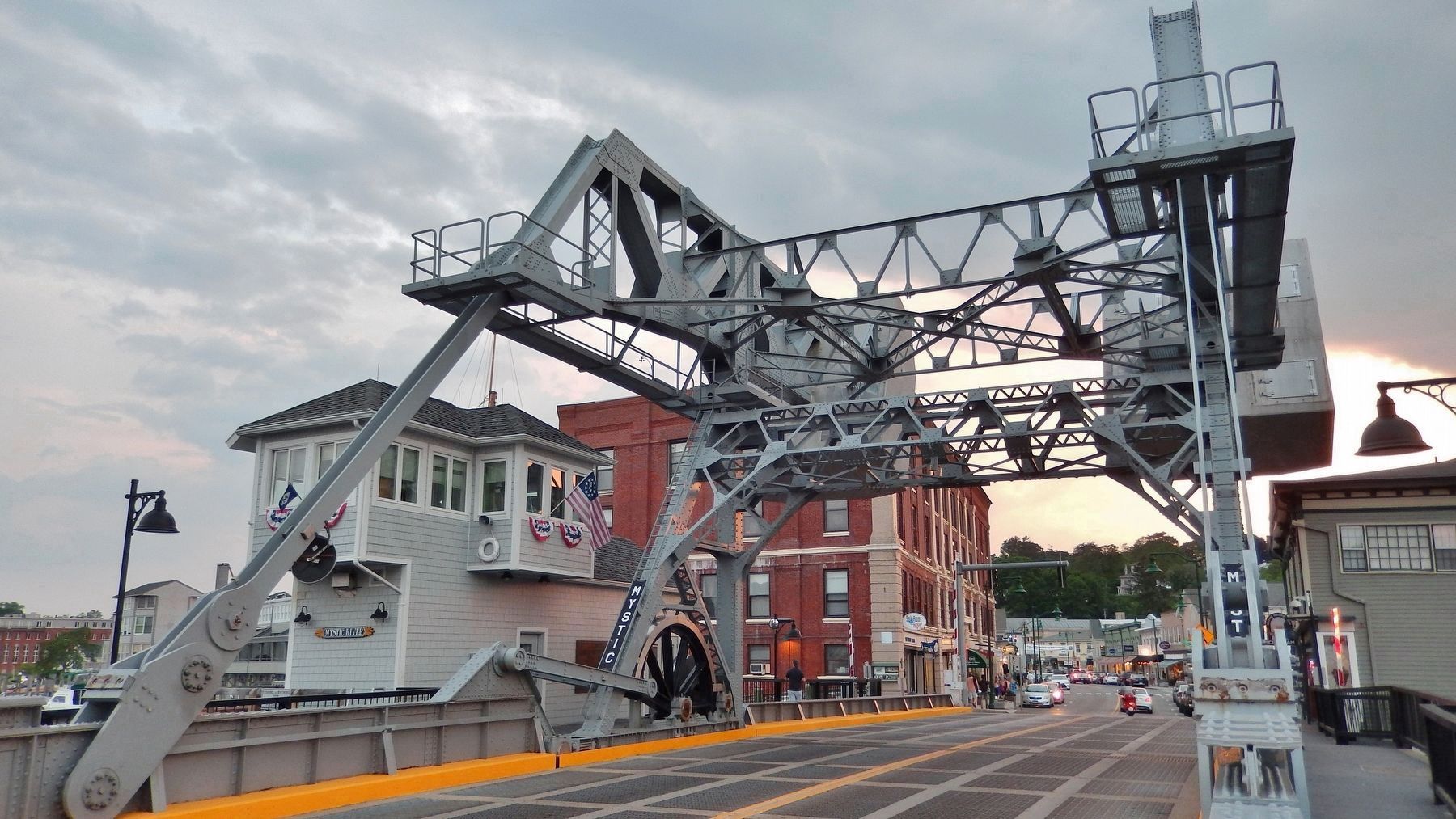