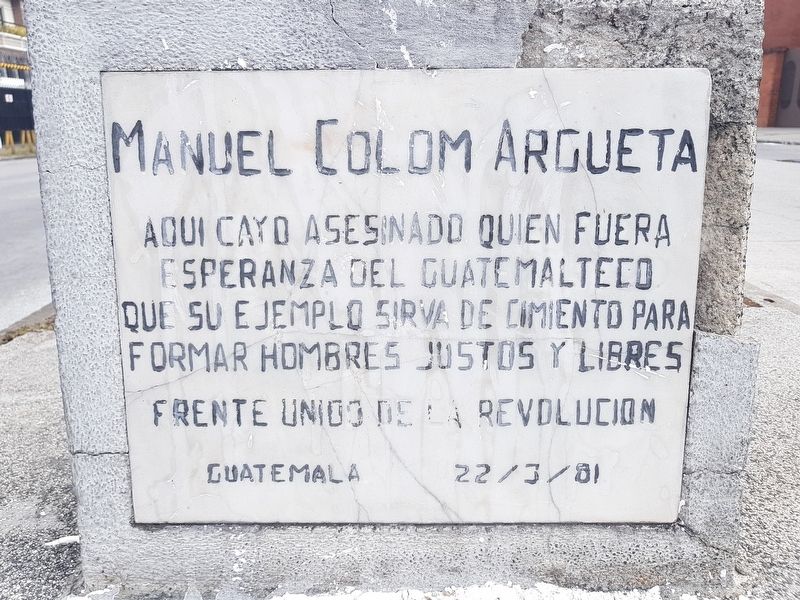 March 18, 2018
1. Assassination of Manuel Colom Argueta Marker
Inscription.
English translation:
Manuel Colom Argueta Here was assassinated he who was the hope of Guatemala, that his example serve as a base for the formation of a just and free people. Frente Unido de la Revolucion (United Revolutionary Front) Guatemala, March 22, 1981. . This historical marker was erected in 1981 by Frente Unido de la Revolución (FUR). It is in Guatemala City in Municipality of Guatemala Guatemala