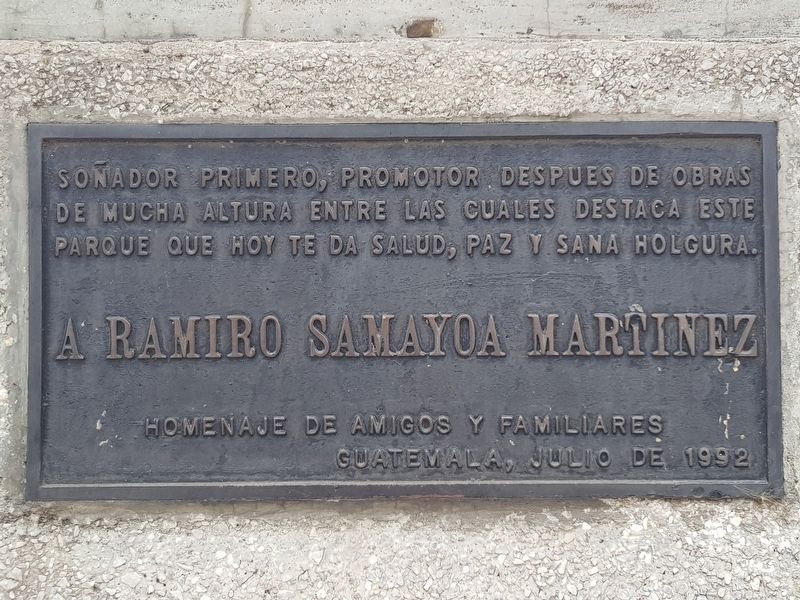 Photographed By J. Makali Bruton, March 18, 2018
1. Ramiro Samayoa Martínez Marker
Inscription.
English translation:
The first to dream of, and then promote, large projects of which one of the most outstanding is this park which today gives us health, peace and tranquility. To Ramiro Samayoa Martínez A tribute from his friends and family Guatemala, July 1992. . This historical marker was erected in 1992. It is in Guatemala City in Guatemala