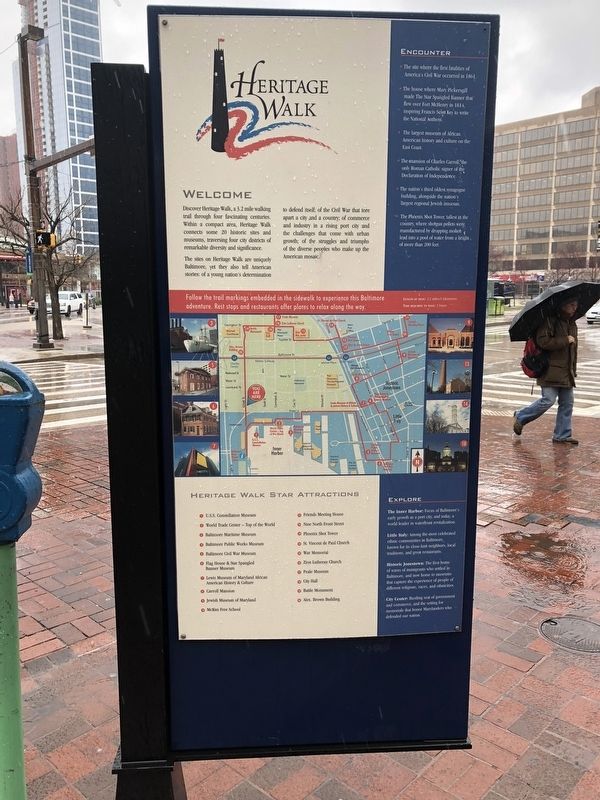 The sites on Heritage Walk are uniquely Baltimore, yet they also tell American stories: of a young nation's determination to defend itself; of the Civil War that tore apart a city and a country; of commerce and industry in a rising port city and the challenges that come with urban growth; of the struggles and triumphs of the diverse peoples who make up the American mosaic.

• The site where the first fatalities of America's Civil War occurred in 1861.

• The house where Mary Pickersgill made The Star Spangled Banner that flew over Fort McHenry in 1814, inspiring Francis Scott Key to write the National Anthem.

• The largest museum of African American history and culture on the East Coast.

• The mansion of Charles Carroll, the only Roman Catholic signer of the Declaration of Independence. 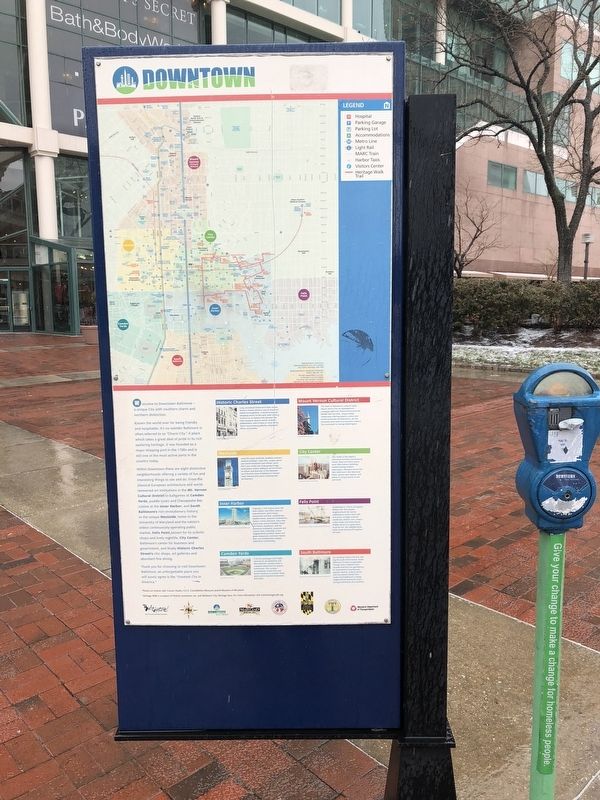 • The Phoenix Shot Tower, tallest in the country, where shotgun pellets were manufactured by dropping molten lead into a pool of water from a height of more than 200 feet.

Follow the trail markings embedded in the sidewalk to experience this Baltimore adventure. Rest stops and restaurants offer places to relax along the way.

The Inner Harbor: Focus of Baltimore's early growth as a port city, and today, a world leader in waterfront 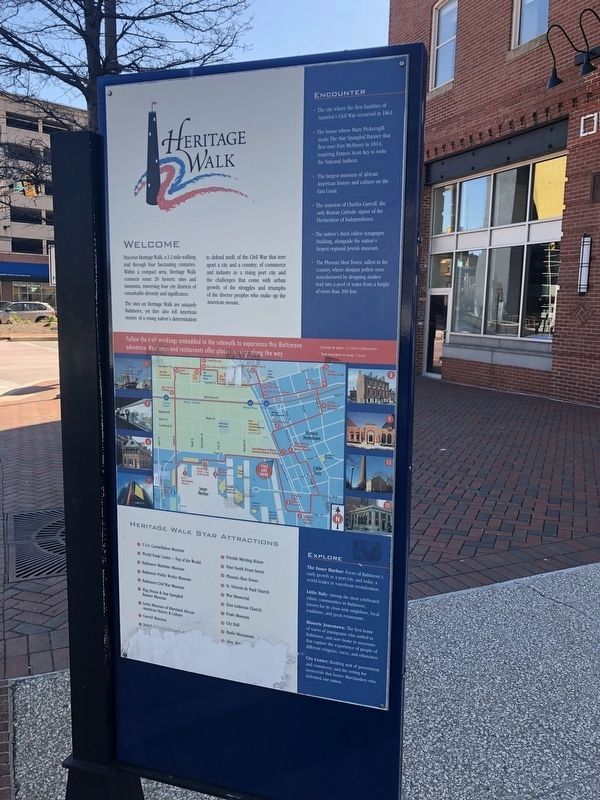 Little Italy: Among the most celebrated ethnic communities in Baltimore, known for its close-knit neighbors, local traditions, and great restaurants.

Historic Jamestown: The first home of waves of immigrants who settled in Baltimore, and now home to museums that capture the experience of people of different religions, races, ethnicities.

City Center: Bustling seat of government and commerce, and settling for memorials that honor Marylanders who defended our own nation.

Known the world over for being friendly and hospitable, its's no wonder Baltimore is often referred to as "Charm City." A place which takes a great deal of pride in its rich seafaring heritage, it was founded as a major shipping port in the 1700s and is still one of the most active ports in the country today.

Camden Yards
A former passenger and freight terminal for the Baltimore and Ohio Railroad, Camden Yards is a popular destination for sports enthusiasts. The complex emcompasses Oriole Park and Ravens Stadium at Camden Yards, great sports-inspired restaurants and shops.

South Baltimore
Surrounding Federal Hill Park, the big hill south of the harbor, South Baltimore is easily recognizable. Though many residents have proudely lived here for generations, its restored brick townhomes, popular taverns, eclectic stores and City-owned market have made South Baltimore a trendy neighborhood among the City's young professionals and students.

Topics and series. This historical marker is listed in these topic lists: Industry & Commerce • War of 1812 • War, US Civil • Waterways & Vessels. In addition, it is included in the Baltimore and Ohio Railroad (B&O), and the Signers of the Declaration of Independence series lists.