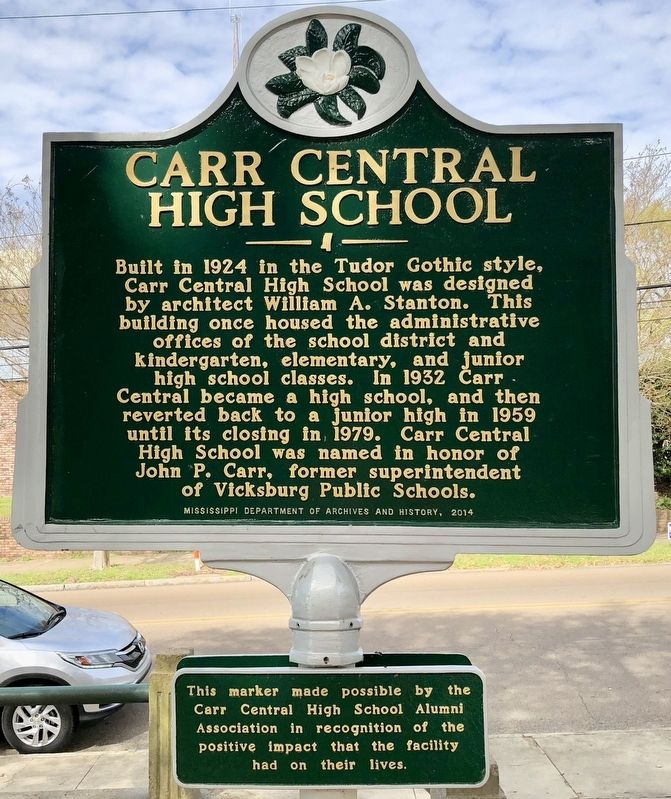 Built in 1924 in the tutor Gothic style, Carr Central High School was designed by architect William A. Stanton. This building once housed the administrative offices of the school district and kindergarten, elementary, and junior high school classes. In 1932 Carr Central became a high school, and then reverted back to a junior high in 1959 until its closing in 1979. Carr Central High School was named in honor of John P. Carr, former superintendent of Vicksburg public schools

Lower plaque:
This marker made possible by the Carr Central High School alumni Association in recognition of the positive impact that the facility had on their lives.

Erected 2014 by the Mississippi Department of Archives and History.

Topics and series. This historical marker is listed in these topic lists: African Americans • Architecture • Education. In addition, it is included in the Mississippi State Historical Marker Program series list. 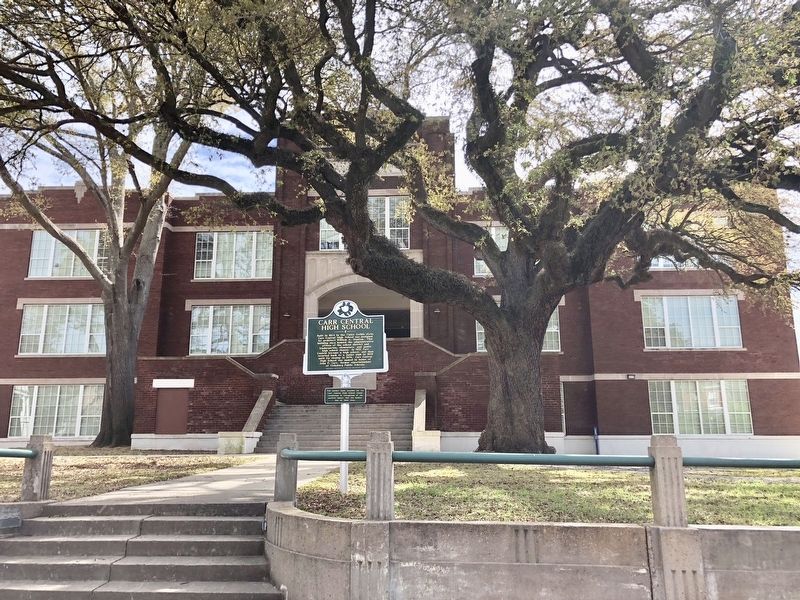 By Mark Hilton, March 23, 2018
2. Former Carr Central High School
Marker is in Vicksburg, Mississippi, in Warren County. Marker is on Cherry Street south of Shannon Street, on the left when traveling south. Touch for map. Marker is at or near this postal address: 1805 Cherry Street, Vicksburg MS 39180, United States of America. Touch for directions. 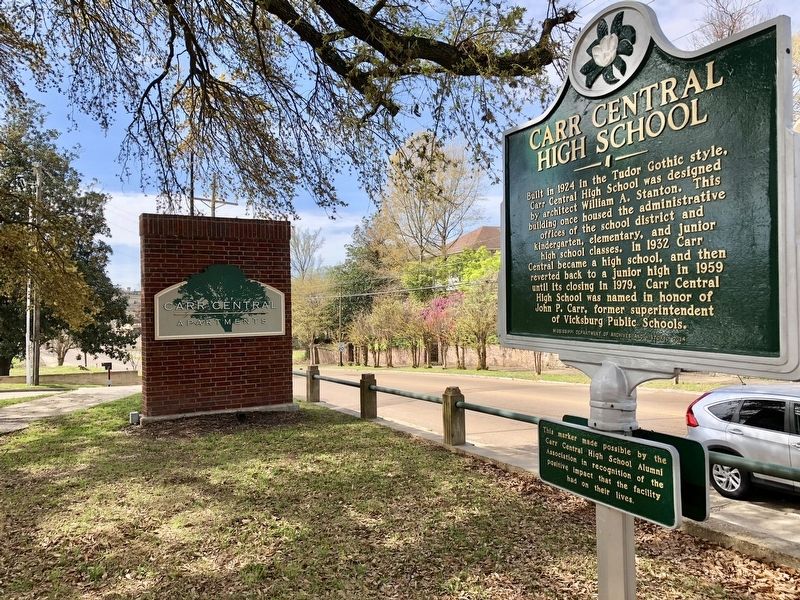