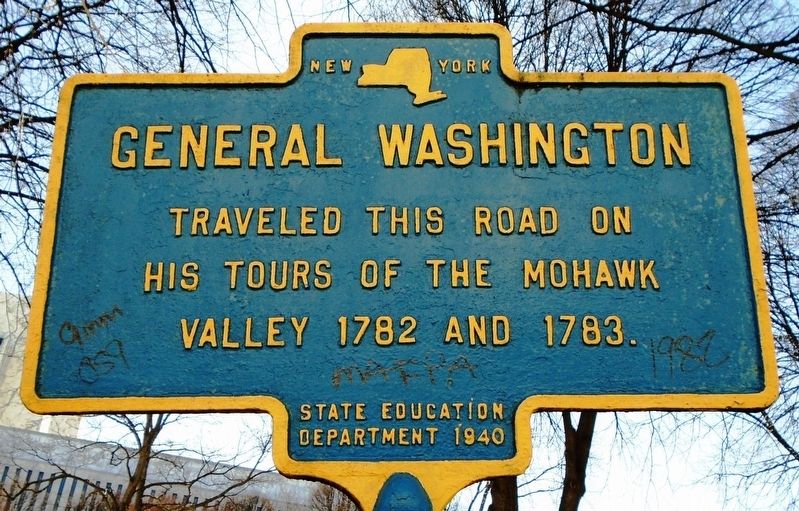 Photographed By William Fischer, Jr., March 19, 2018
1. General Washington Marker
Inscription.
General Washington traveled this road on his tours of the Mohawk Valley 1782 and 1783. . This historical marker was erected in 1940 by State Education Department. It is in Albany in Albany County New York

General Washington traveled this road on his tours of the Mohawk Valley 1782 and 1783.

Topics and series. This historical marker is listed in these topic lists: Roads & Vehicles • War, US Revolutionary. In addition, it is included in the Former U.S. Presidents: #01 George Washington series list. A significant historical year for this entry is 1782.

Location. 42° 39.225′ N, 73° 45.51′ W. Marker is in Albany, New York, in Albany County. Marker is on Washington Avenue (New York State Route 5) east of Swan Street, on the right when traveling east. Touch for map. Marker is at or near this postal address: West Capitol Park, Albany NY 12210, United States of America. Touch for directions.

Other nearby markers. At least 8 other markers are within walking distance of this marker. 200th Anniversary of the Birth of George Washington (within shouting distance of this marker); New York State Office Building (about 300 feet away, measured in a direct line); LaFayette Park (about 700 feet away); Birthplace of Modern Electricity (approx. 0.2 miles away); Lincoln in Albany (approx. 0.2 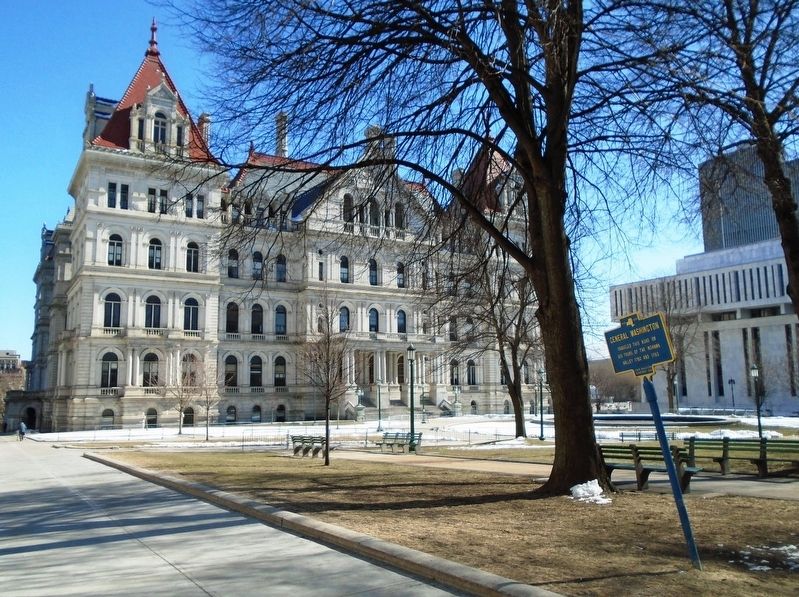