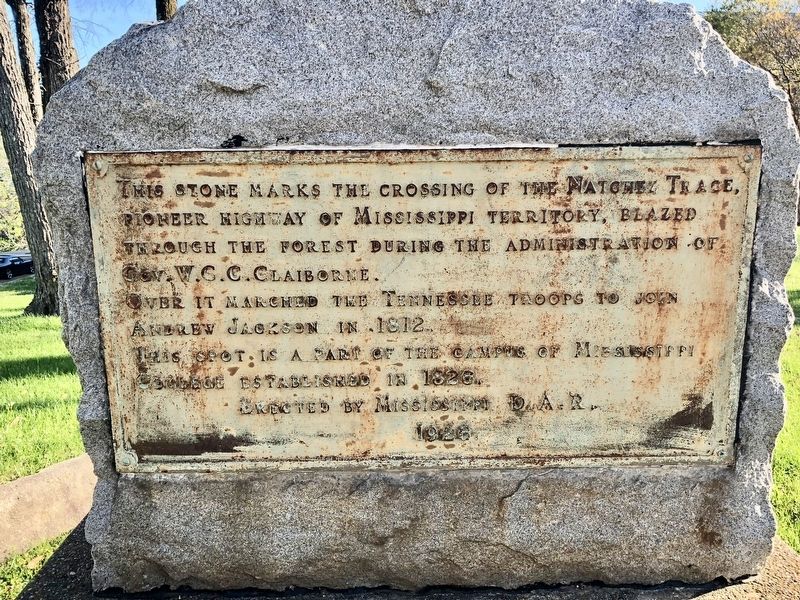 This stone marks the crossing of the Natchez Trace, pioneer highway of Mississippi Territory, blazed through the forest during the administration of Gov. W.C.C. Clairborne.
Over it marched the Tennessee troops to join Andrew Jackson in 1812.
This spot is a part of the campus of Mississippi College established in 1826.

Topics and series. This historical marker is listed in these topic lists: Native Americans • Roads & Vehicles • War of 1812. In addition, it is included in the Daughters of the American Revolution, the Former U.S. Presidents: #07 Andrew Jackson, and the Natchez Trace series lists.

Location. 32° 20.223′ N, 90° 19.703′ W. Marker is in Clinton, Mississippi, in Hinds County. Marker is on East College Street east of McLemore Drive, on the right when traveling east. On the grounds of Mississippi College. The college campus is private property. Do not trespass. Touch for map. Marker is at or near this postal address: East College Street, Clinton MS 39056, United States of America. Touch for directions. 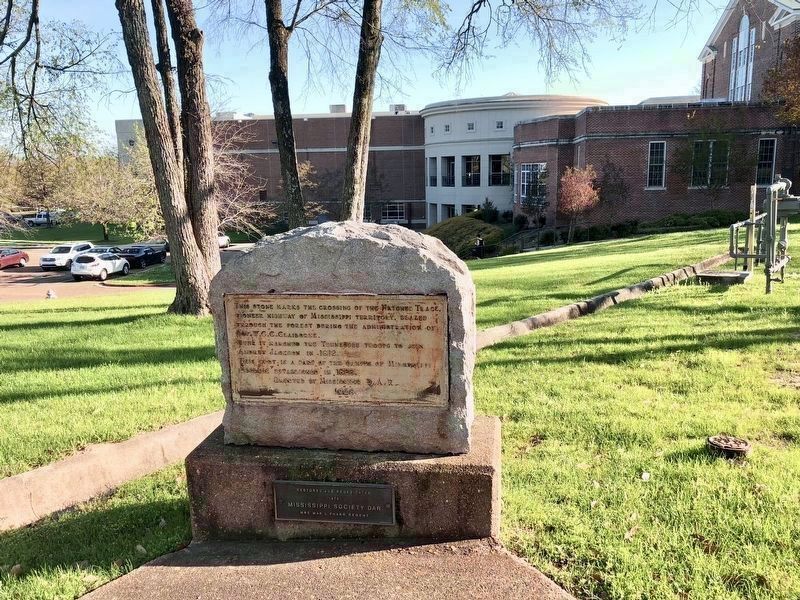 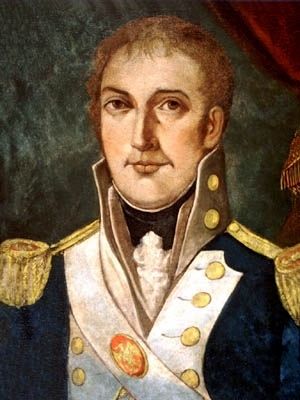 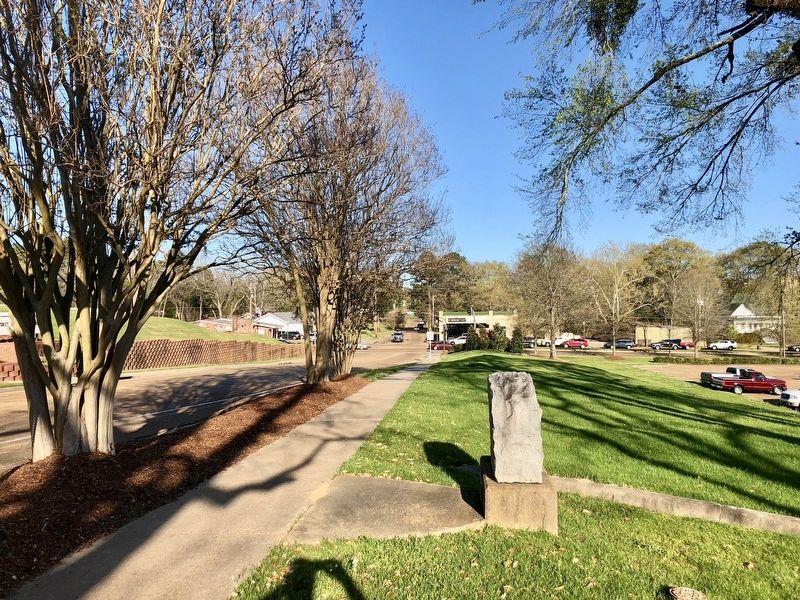