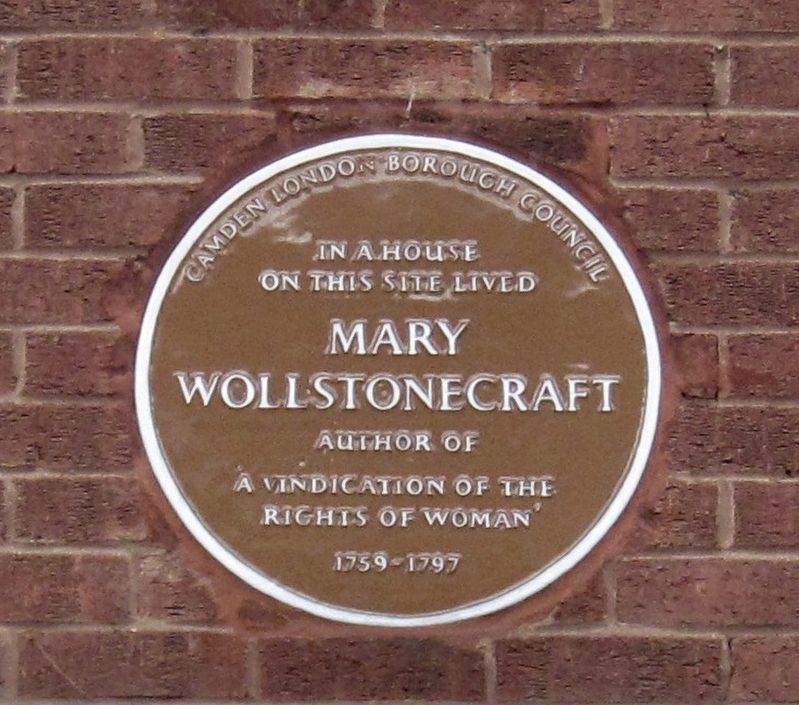 'A Vindication of the Rights of Woman'

In a house
on this site lived

'A Vindication of the
Rights of Woman' 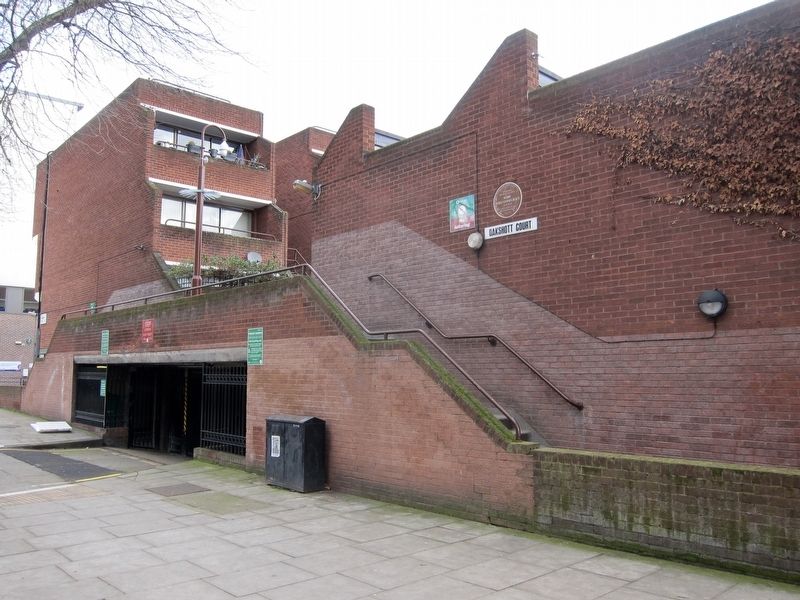 Also see . . .
1. Mary Wollstonecraft (Stanford Encyclopedia of Philosophy). "Mary Wollstonecraft (1759–1797) was a moral and political philosopher whose analysis of the condition of women in modern society retains much of its original radicalism. One of the reasons her pronouncements on the subject remain challenging is that her reflections on the status of the female sex were part of an attempt to come to a comprehensive understanding of human relations within a civilization increasingly governed by acquisitiveness and consumption....Best known for her Vindication of the Rights of Woman (1792), her influence went beyond the substantial contribution to feminism she is mostly remembered for and extended to shaping the art of travel writing as a literary genre and, through her account of her journey through Scandinavia, she had an impact on the Romantic movement." (Submitted on March 26, 2018.) 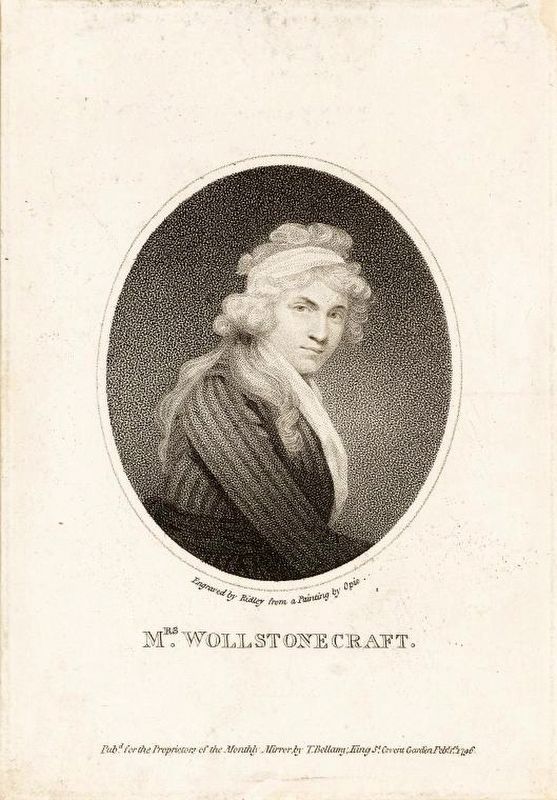 Engraved by Ridley from a painting by Opie (image courtesy of the New York Public Library)
3. Mrs.Wollstonecraft
10 September 1797) was an English writer, philosopher, and advocate of women's rights. During her brief career, she wrote novels, treatises, a travel narrative, a history of the French Revolution, a conduct book, and a children's book. Wollstonecraft is best known for A Vindication of the Rights of Woman (1792), in which she argues that women are not naturally inferior to men, but appear to be only because they lack education. She suggests that both men and women should be treated as rational beings and imagines a social order founded on reason." (Submitted on March 26, 2018.)