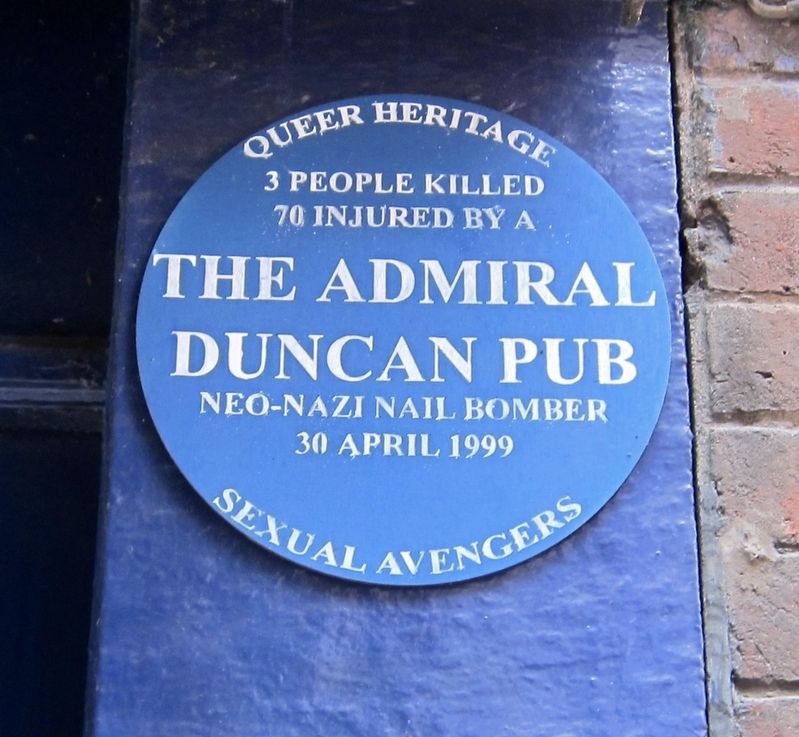 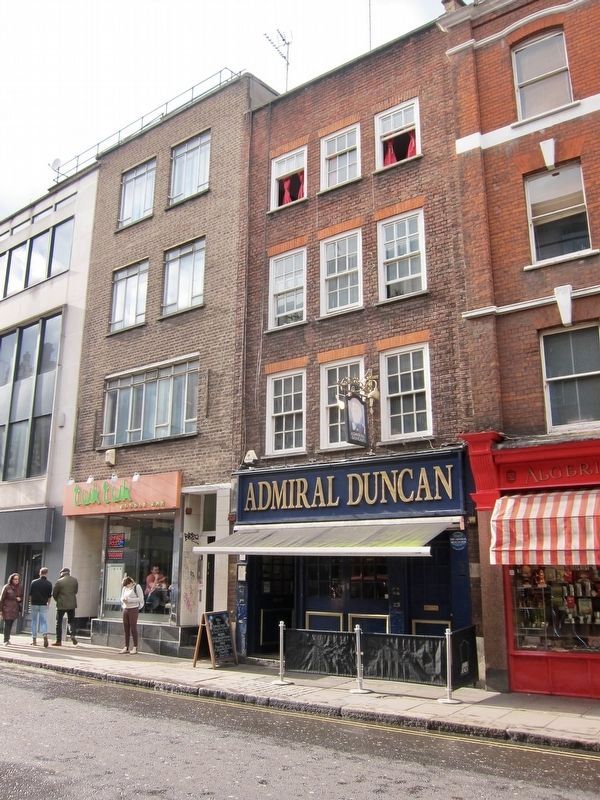 By Andrew Ruppenstein, March 15, 2018
2. The Admiral Duncan Pub Marker - Wide View
The marker is visible here just to the right of the awning.

2. Admiral Duncan (pub) (Wikipedia). "The Admiral Duncan is a public house in Old Compton Street, Soho in central London that is well-known as one of Soho's oldest gay pubs. It is named after Admiral Adam Duncan, who defeated the Dutch fleet at the Battle of Camperdown in 1797. In recent history, the pub was the scene of a nail bomb attack carried out by a neo-Nazi, David Copeland, on 30 April 1999....On the evening of 30 April 1999, the Admiral Duncan was the scene of a nail bomb explosion which killed three people and wounded around 70. The bomb was the third to be planted in a one-man campaign by a Neo-Nazi, David Copeland, who was attempting to stir up ethnic and homophobic tensions...." (Submitted on March 26, 2018.)