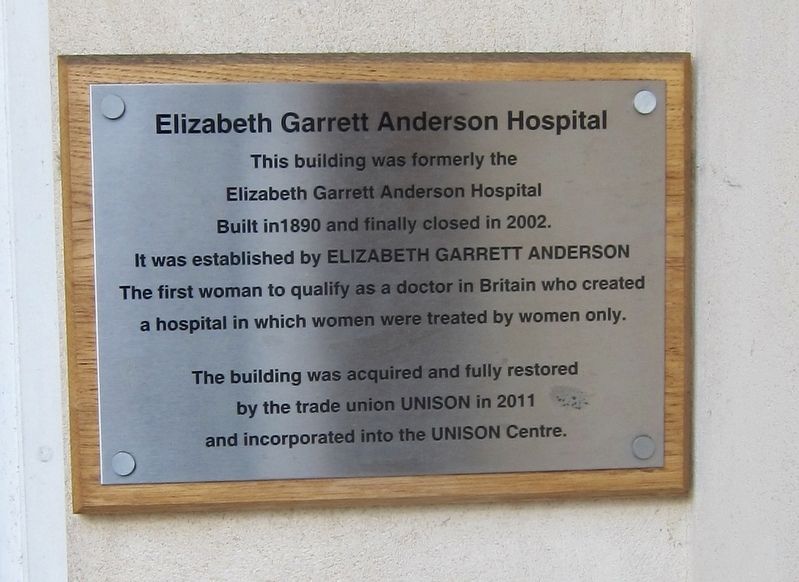 The building was acquired and fully restored by the trade union UNISON in 2011 and incorporated into the UNISON Centre. . . This historical marker is in Camden in Greater London England United Kingdom

This building was formerly the
Elizabeth Garrett Anderson Hospital
Built in 1890 and finally closed in 2002.
It was established by ELIZABETH GARRETT ANDERSON
The first woman to qualify as a doctor in Britain who created
a hospital in which women were treated by women only.

The building was acquired and fully restored
by the trade union UNISON in 2011
and incorporated into the UNISON Centre.

Topics. This historical marker is listed in these topic lists: Science & Medicine • Women. A significant historical year for this entry is 1890. 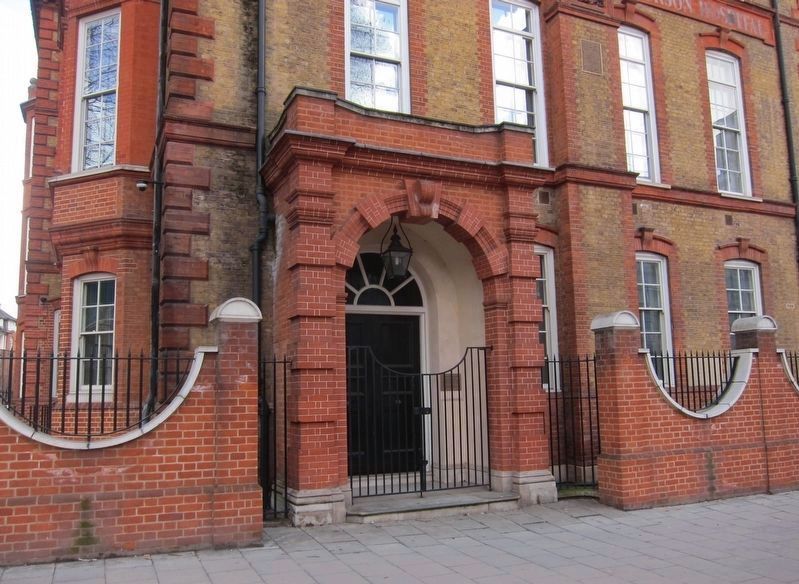 Photographed By Andrew Ruppenstein, March 16, 2018
2. Elizabeth Garrett Anderson Hospital Marker - Wide View
The marker is just to the right of the door, behind the gates, and is quite easy to miss if one isn't looking for it. 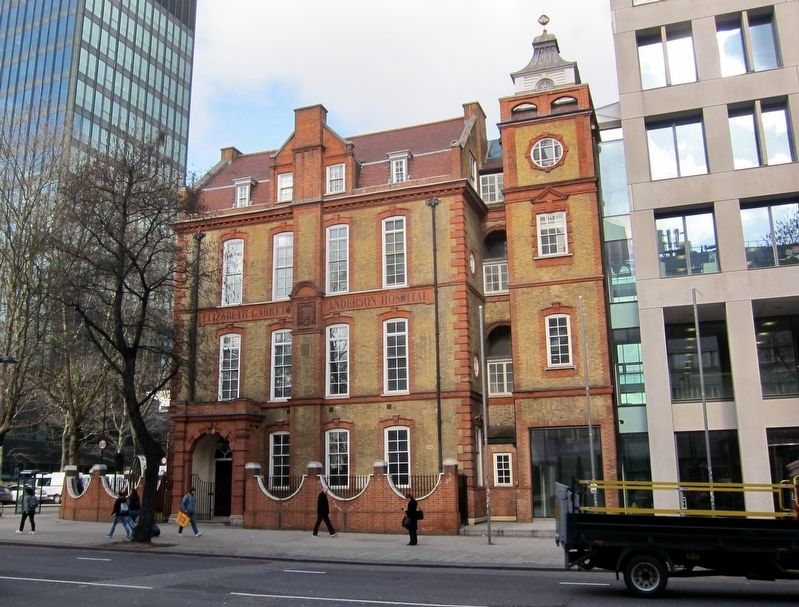 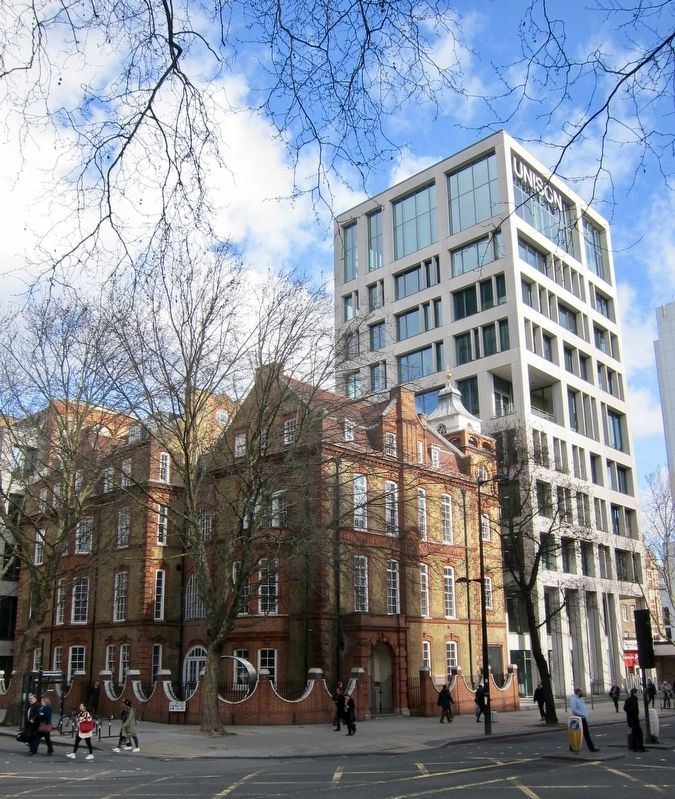 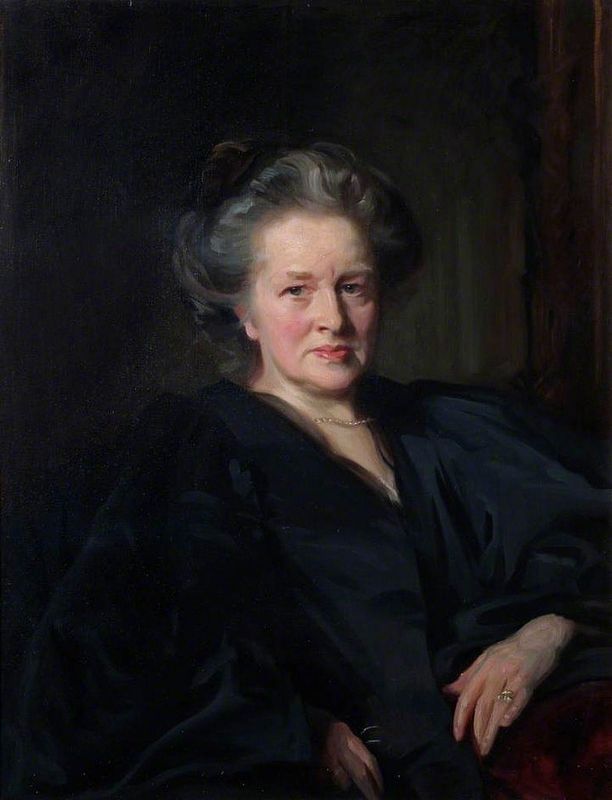 Photographed By Reginald Grenville Eves (after John Singer Sargent) (via Wikimedia Commons), 1900
5. Elizabeth Garrett Anderson
"Elizabeth Garrett Anderson (9 June 1836 – 17 December 1917) was an English physician and suffragist, and the first woman to qualify in Britain as a physician and surgeon. She was the co-founder of the first hospital staffed by women, the first dean of a British medical school, the first female doctor of medicine in France, the first woman in Britain to be elected to a school board and, as Mayor of Aldeburgh, the first female mayor and magistrate in Britain." - Wikipedia
Credits. This page was last revised on January 27, 2022. It was originally submitted on March 27, 2018, by Andrew Ruppenstein of Sacramento, California. This page has been viewed 194 times since then and 74 times this year. Photos:   1, 2, 3, 4, 5. submitted on March 27, 2018, by Andrew Ruppenstein of Sacramento, California.
Share this page.