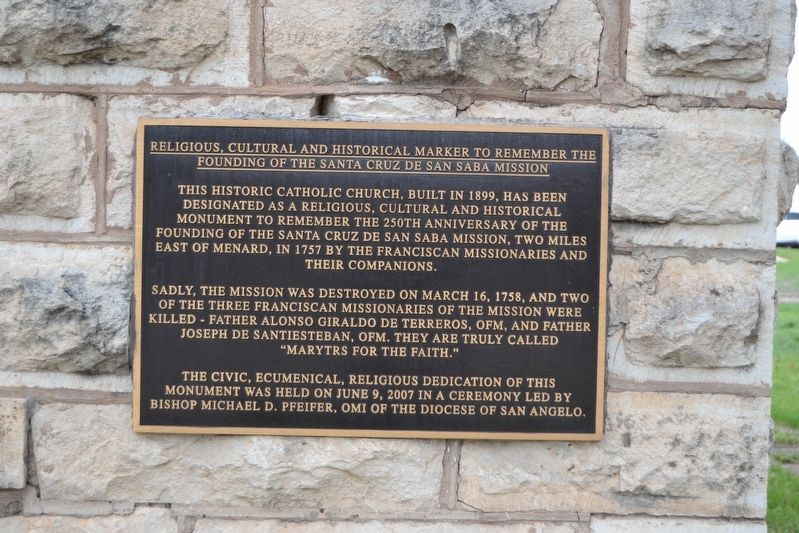 This historic Catholic church, built in 1899, has been designated as a religious, cultural and historical monument to remember the 250th anniversary of the founding of the Santa Cruz de San Saba Mission, two miles east of Menard, in 1757 by the Franciscan missionaries and their companions.

Sadly, the mission was destroyed on March 16, 1758, and two of the three Franciscan missionaries of the mission were killed – Father Alonso Giraldo de Terreros, OFM, and Father Joseph de Santiesteban, OFM. They are truly called “Martyrs of the Faith.”

The civic, ecumenical, religious dedication of this monument was held on June 9, 2007 in a ceremony led by Bishop Michael D. Pfeifer, OMI of the Diocese of San Angelo. 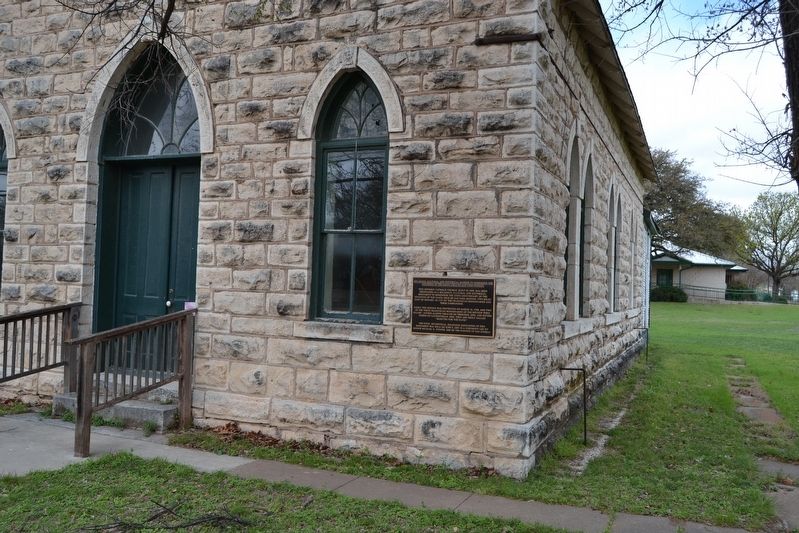 Click or scan to see
this page online
County. Marker can be reached from the intersection of Beavans Street and Canal Street, on the right when traveling south. Marker is mounted on the northeast corner of church building. Touch for map. Marker is in this post office area: Menard TX 76859, United States of America. Touch for directions. 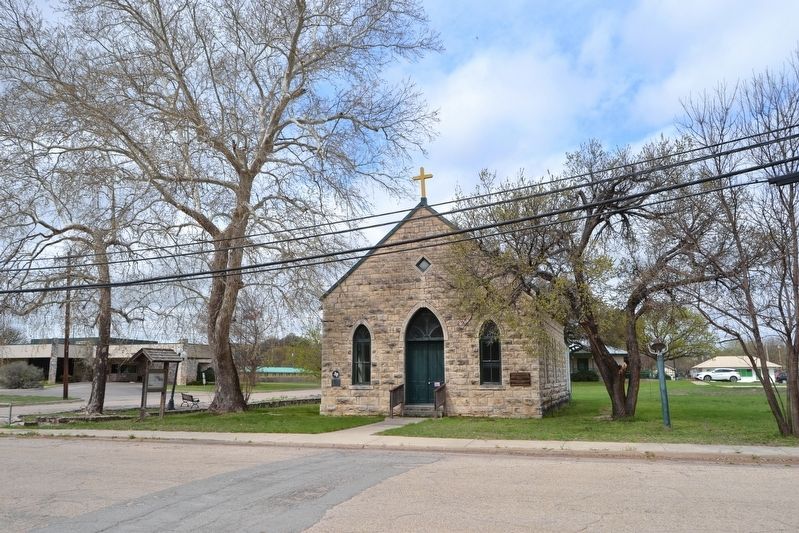