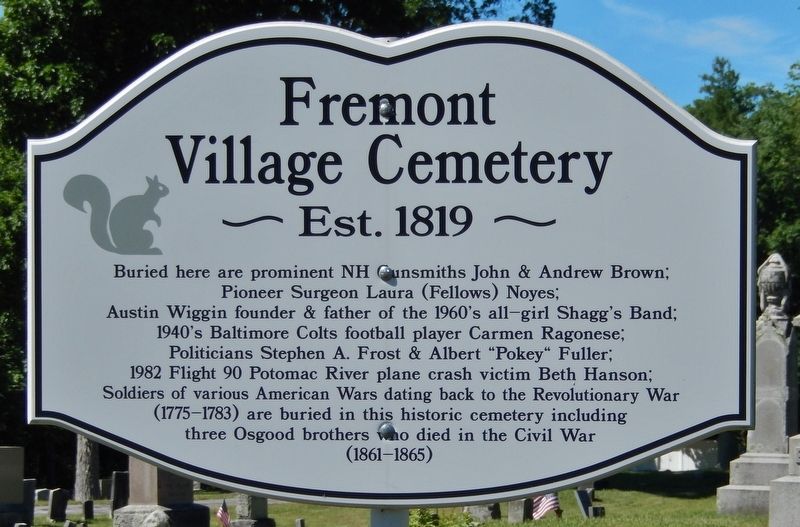 Topics. This historical marker is listed in these topic lists: Cemeteries & Burial Sites • War, US Civil • War, US Revolutionary. A significant historical year for this entry is 1819.

Other nearby markers. At least 8 other markers are within 5 miles of this marker, measured as the crow flies. Meeting House and Hearse House (within shouting distance of this marker); Spaulding & Frost Cooperage 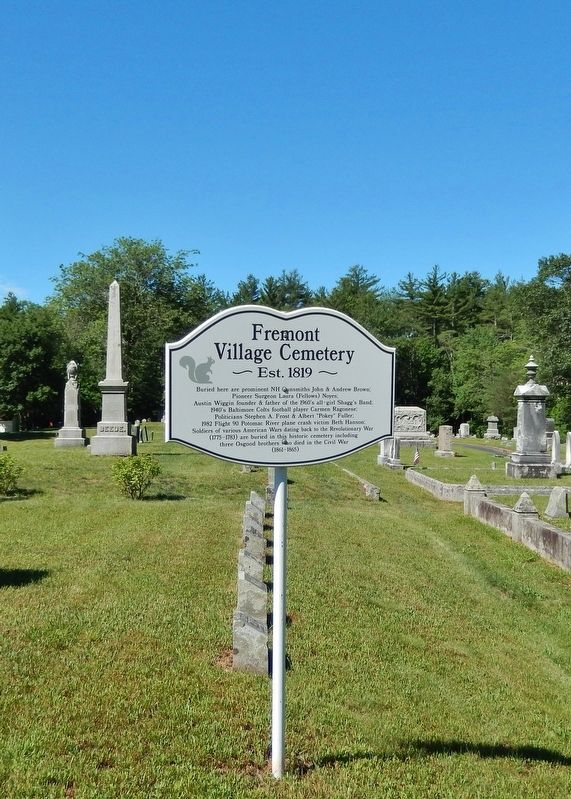 Also see . . .  The Shaggs.
The Shaggs were an American all-female rock and outsider music band formed in Fremont, New Hampshire in 1968. The Shaggs were formed by Dot, Betty and Helen in 1968, on the insistence of their father, Austin Wiggin. The band's only studio album, Philosophy of the World, was released in 1969. The album failed to garner attention, though the band continued to exist as a locally popular live act. The Shaggs disbanded in 1975 after the death of Austin. The band is primarily notable today for their perceived ineptitude at playing conventional rock music; the band was described in one Rolling Stone article as "sounding like lobotomized Trapp Family singers." (Submitted on April 1, 2018, by Cosmos Mariner of Cape Canaveral, Florida.)