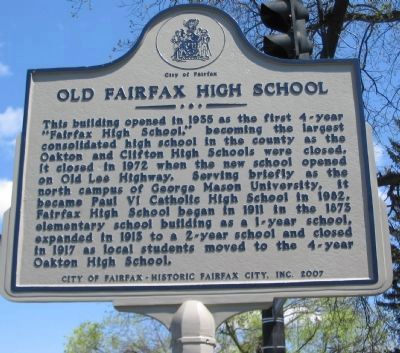 This building opened in 1935 as the first 4-year "Fairfax High School," becoming the largest consolidated high school in the county as the Oakton and Clifton High Schools were closed. It closed in 1972 when the new school opened on Old Lee Highway. Serving briefly as the north campus of George Mason University, it became Paul VI Catholic High School in 1982. Fairfax High School began in 1911 in the 1873 elementary school building as a 1-year school, expanded in 1913 to a 2-year school and closed in 1917 as local students moved to the 4-year Oakton High School.

Other nearby markers. At least 8 other markers are within walking distance of this marker. Ratcliffe Cemetery (approx. 0.4 miles away); Old Baptismal Area 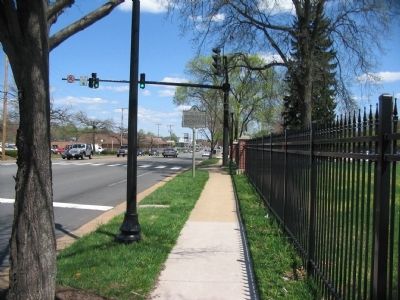 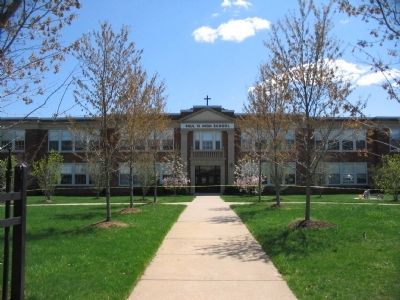