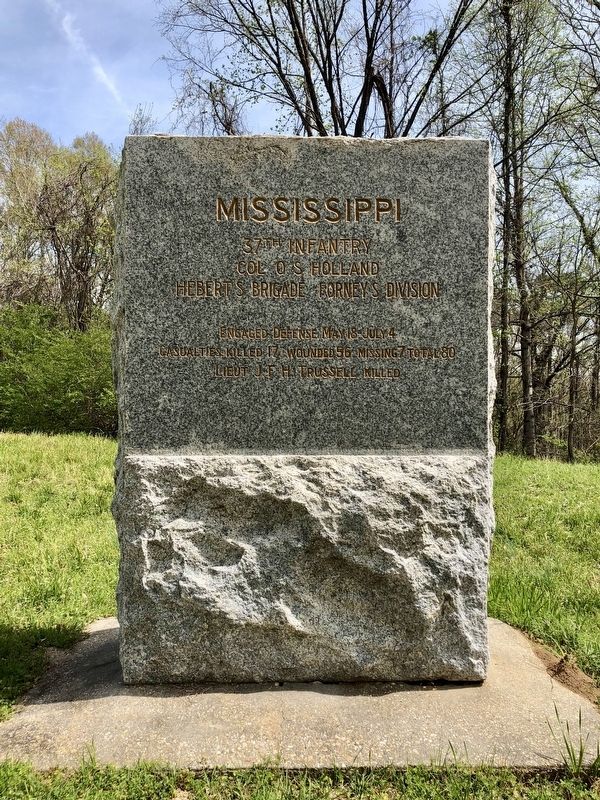 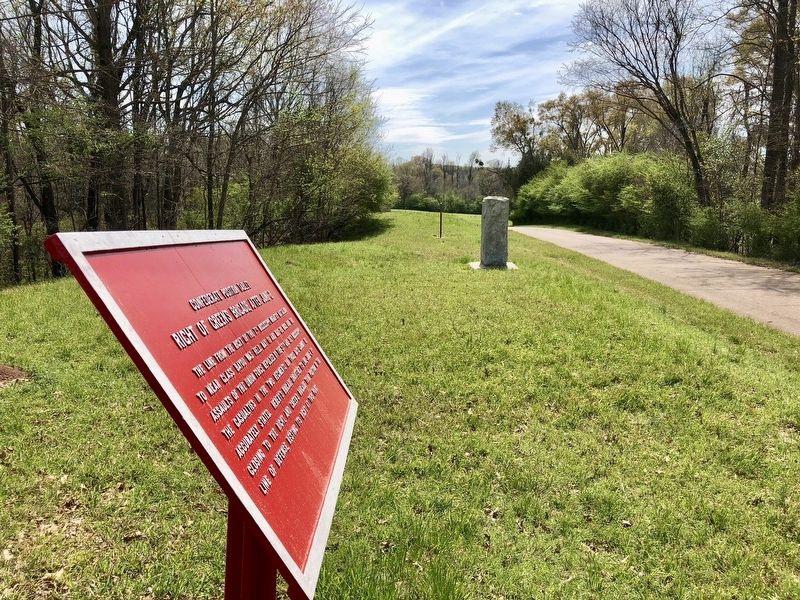 Regarding Mississippi 37th Infantry. The 37th Infantry Regiment was organized during the spring of 1862 with men recruited in the counties of Clarke, Lowndes, Greene, De Soto, Jasper, and Claiborne. After participating in numerous battles in Mississippi the unit was assigned to General Hebert's Brigade in the Department of Mississippi and East Louisiana. It was captured when Vicksburg fell and during the siege it lost 17 killed, 56 wounded, and 7 missing. Exchanged, the regiment contained 26 officers and 442 men in December, 1863. It then served under Generals Mackall, Cantey, and Featherston in the Army of Tennessee. The 37th fought in the Atlanta Campaign, endured Hood's winter operations in Tennessee, and ended the war in North Carolina. It reported 5 killed and 27 wounded of the 453 engaged at Iuka, had 19 killed and 62 wounded at Corinth, and sustained 81 casualties at Hatchie's Bridge. Many were disabled in Tennessee, and early in 1865 its ten companies were reduced to three and the unit was redesignated the 37th Battalion. It surrendered in April. The field officers were Colonels Orlando S. Holland and Robert McLain; Lieutenant Colonels William S. Patton, Samuel H. Terral, and William W. Wier; and Major John McGee.
Credits. This page was last revised on April 3, 2018. It was originally submitted on April 3, 2018, by Mark Hilton of Montgomery, Alabama. This page has been viewed 78 times since then and 9 times this year. Photos:   1, 2. submitted on April 3, 2018, by Mark Hilton of Montgomery, Alabama.
Share This Page.