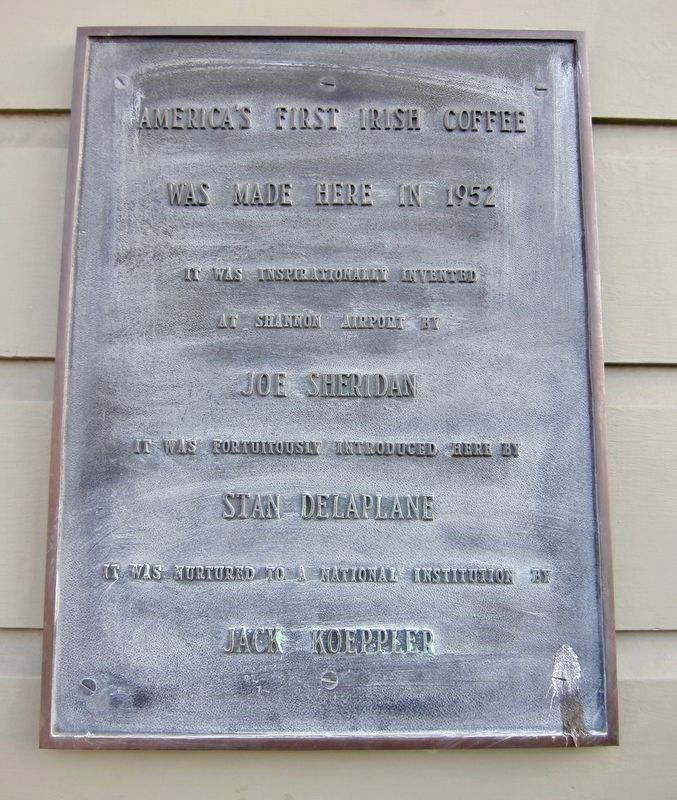 It was inspirationally invented at Shannon Airport by

It was fortuitously introduced here by

It was nurtured to a national institution by

America’s First Irish Coffee
was made here in 1952

It was inspirationally invented
at Shannon Airport by

It was fortuitously introduced here by

It was nurtured to a national institution by

Topics. This historical marker is listed in these topic lists: Entertainment • Science & Medicine. A significant historical date for this entry is November 10, 1952. 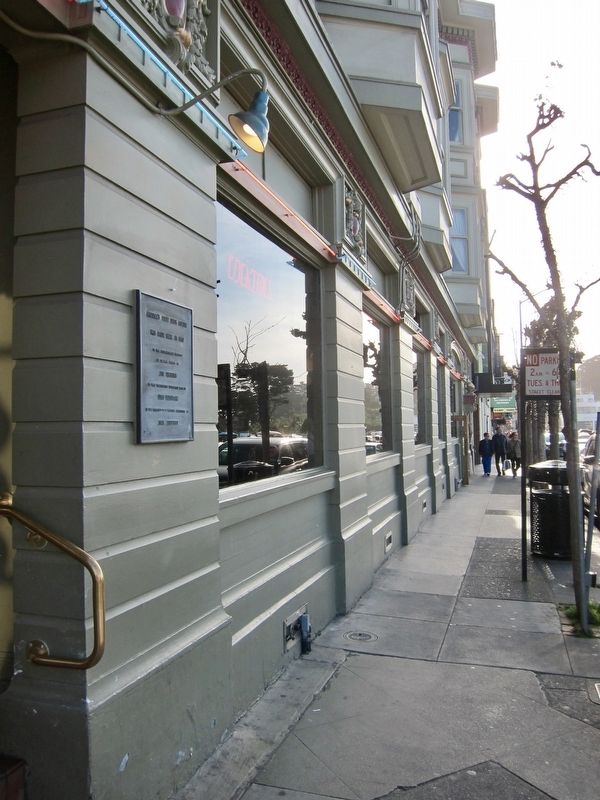 Also see . . .
1. Irish Coffee (Wikipedia). Stanton Delaplane, a travel writer for the San Francisco Chronicle, brought Irish coffee to the United States after drinking it at Shannon Airport, when he worked with the Buena Vista Cafe in San Francisco to start serving it on November 10, 1952, and worked with the bar owners Jack Koeppler and George Freeberg to recreate the Irish method for floating the cream on top of the coffee, sampling the drink one night until he nearly passed out. The group also sought help from the city's then mayor, George Christopher, who owned a dairy and suggested that cream aged at least 48 hours would be more apt to float. Delaplane popularized the drink by mentioning it frequently in his travel column, which was widely read throughout America. In later years, after the Buena Vista had served, by its count, more than 30 million of the drinks, Delaplane 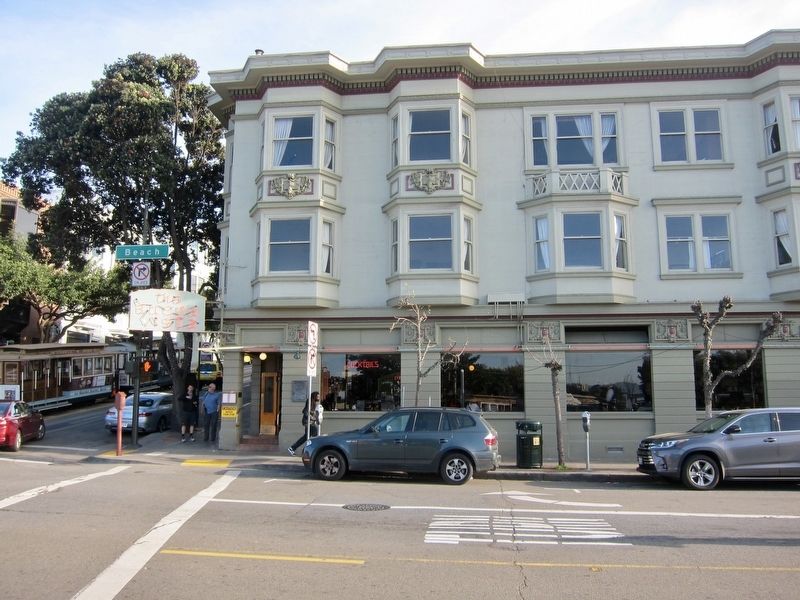 Photographed By Andrew Ruppenstein, April 2, 2018
3. America's First Irish Coffee Marker - Wide View, looking north across Beach
and the owners grew tired of the drink. A friend commented that the problem with Irish coffee is that it ruins three good drinks: coffee, cream, and whiskey. (Submitted on April 4, 2018.) 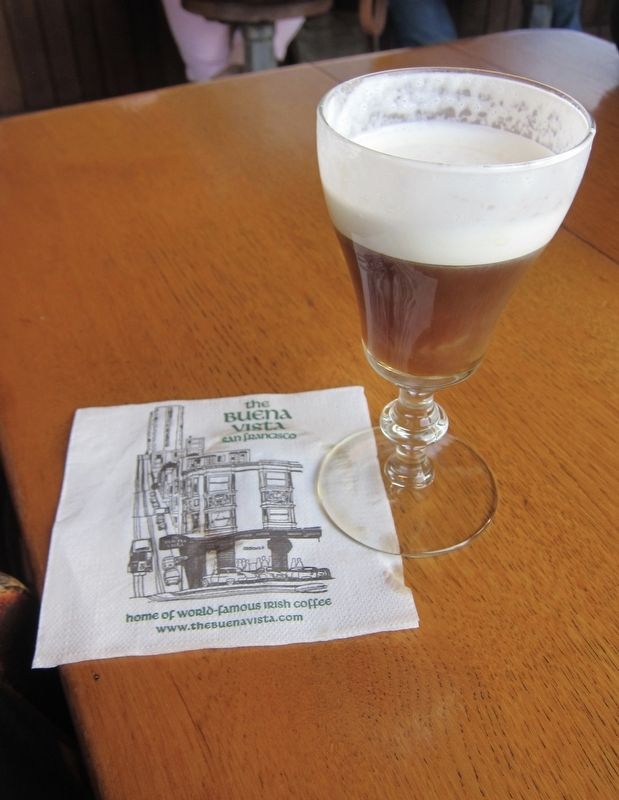 Photographed By Andrew Ruppenstein, April 2, 2018
4. Irish Coffee
Irish coffee (Irish: caife Gailege) is a cocktail consisting of hot coffee, Irish whiskey, and sugar (some recipes specify that brown sugar should be used), stirred, and topped with thick cream. The coffee is drunk through the cream. The original recipe explicitly uses cream that has not been whipped, although drinks made with whipped cream are often sold as "Irish coffee". The term "Irish coffee" is also sometimes used colloquially to refer to alcoholic coffee drinks in general. - Wikipedia

If this were Instagram, the lighting would be better and the drink untouched. But this is HMDB, where we go the extra mile to ensure historical veracity....