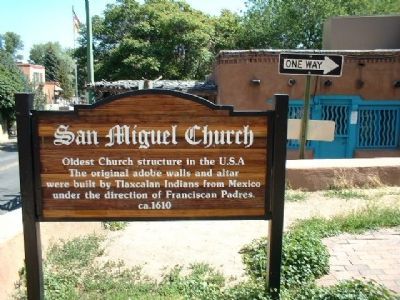 Oldest church structure in U.S.A. The adobe walls and altar were built by Tlaxcalan Indians from Mexico under the direction of Franciscan Padres.
ca. 1610

Topics. This historical marker is listed in these topic lists: Churches & Religion • Native Americans • Notable Buildings. A significant historical year for this entry is 1610. 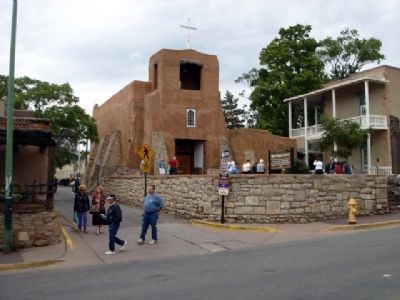 Click or scan to see
this page online
Built under the auspices of Fray Alonso de Benavidez,one of the Franciscan Padres.

Additional commentary.
1. San Miguel
While there may be some debate among scholars as to the precise date when the Chapel of San Miguel was built, it is certainly among the oldest existing churches still in use in the New World. Known locally as a mission, it was built to serve the poor in the Santa Fe congregation. Note To Editor only visible by Contributor and editor
— Submitted January 6, 2008, by Mike Stroud of Bluffton, South Carolina. 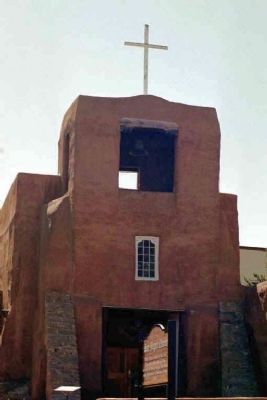 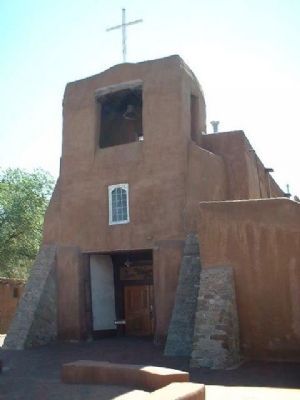 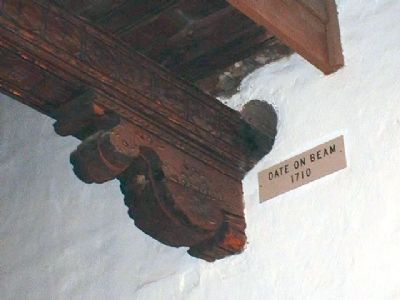 By Michael Stroud, June 2003
5. Beam Dated 1710
Perhaps a replacement from roof burning during Pueblo Uprising in 1680 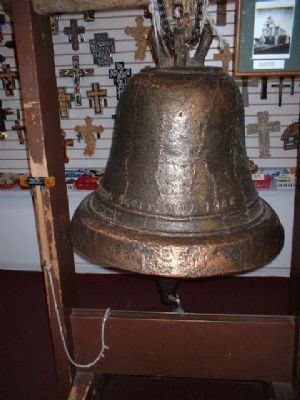 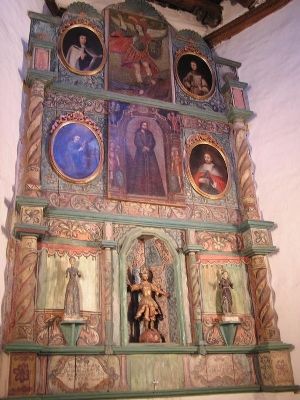 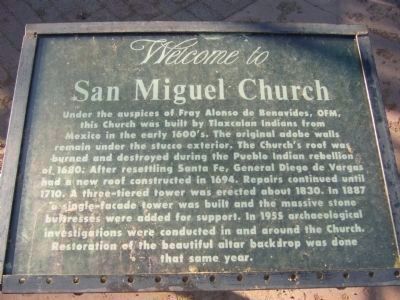