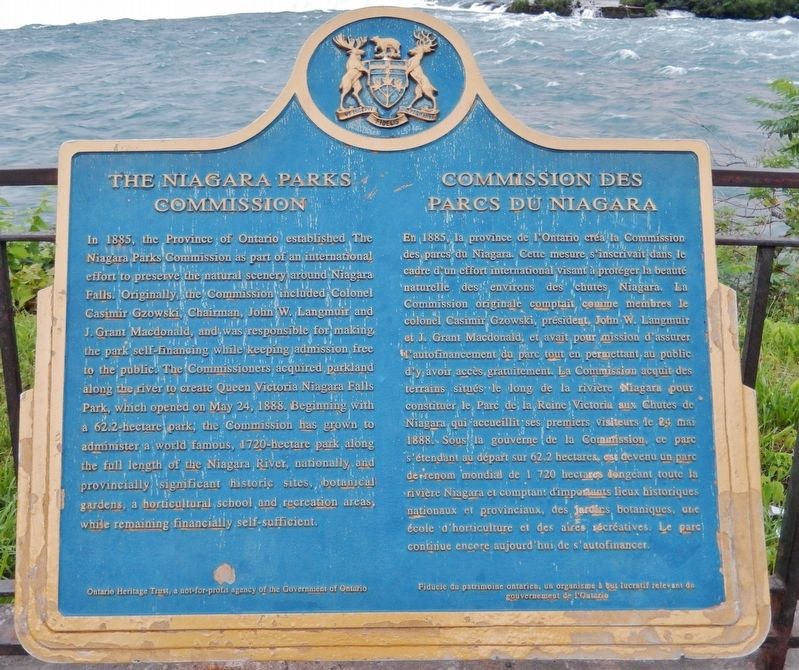 By Cosmos Mariner, July 19, 2017
1. The Niagara Parks Commission Marker
Inscription.
. This historical marker was erected by Ontario Heritage Trust. It is in Niagara Falls in Regional Municipality of Niagara Ontario

In 1885, the Province of Ontario established The Niagara Parks Commission as part of an international effort to preserve the natural scenery around Niagara Falls. Originally, the Commission included Colonel Casimir Gzowski, Chairman, John W. Langmuir and J. Grant Macdonald, and was responsible for making the park self-financing while keeping admission free to the public. The Commissioners acquired parkland along the river to create Queen Victoria Niagara Falls Park, which opened on May 24, 1888. Beginning with a 62.2 hectare park, the Commission has grown to administer a world famous, 1720-hectare park along the full length of the Niagara River, nationally and provincially significant historic sites, botanical gardens, a horticultural school, and recreation areas, while remaining financially self-sufficient. 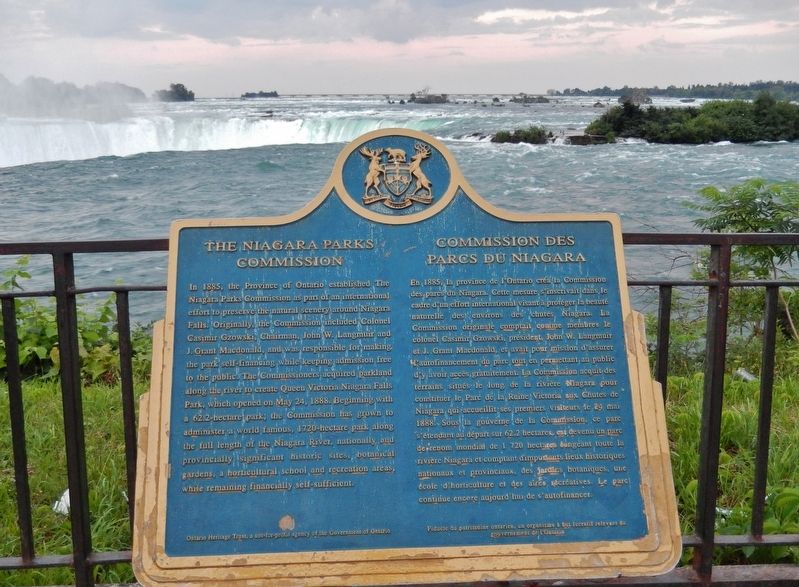