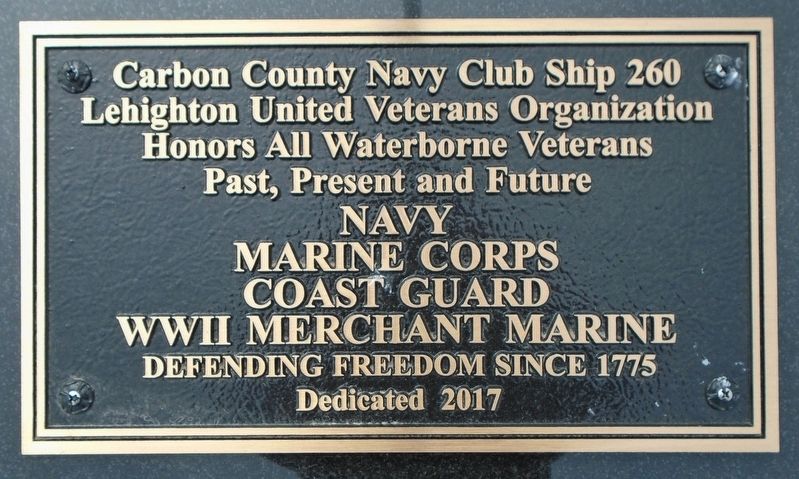 Defending Freedom Since 1775. . This memorial was erected in 2017 by Carbon County Navy Club Ship 260 and Lehighton United Veterans Organization. It is in Lehighton in Carbon County Pennsylvania

Location. 40° 50.043′ N, 75° 42.43′ W. Marker is in Lehighton, Pennsylvania, in Carbon County. Memorial is on Sgt Stanley Hoffman Boulevard (U.S. 209) 0.2 miles north of South Main Lane, on the right when traveling north. Touch for map. Marker is at or near this postal address: Lehighton Veterans Memorial Park, Lehighton PA 18235, United States of America. Touch for directions.

Other nearby markers. At least 8 other markers are within walking distance of this marker. Military Working Dogs Memorial (here, next to this marker); Lehighton Area WWII Honored Dead Memorial (a few steps from this marker); World War I Centennial Commemoration 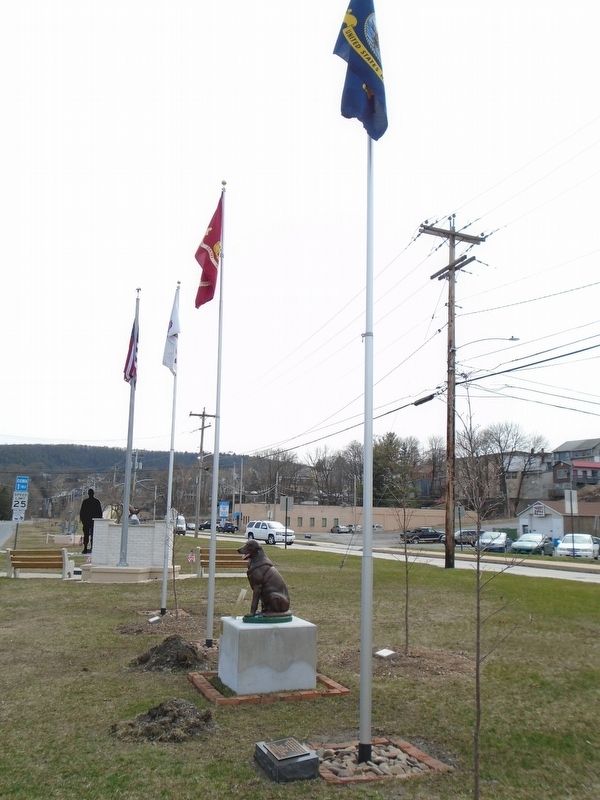 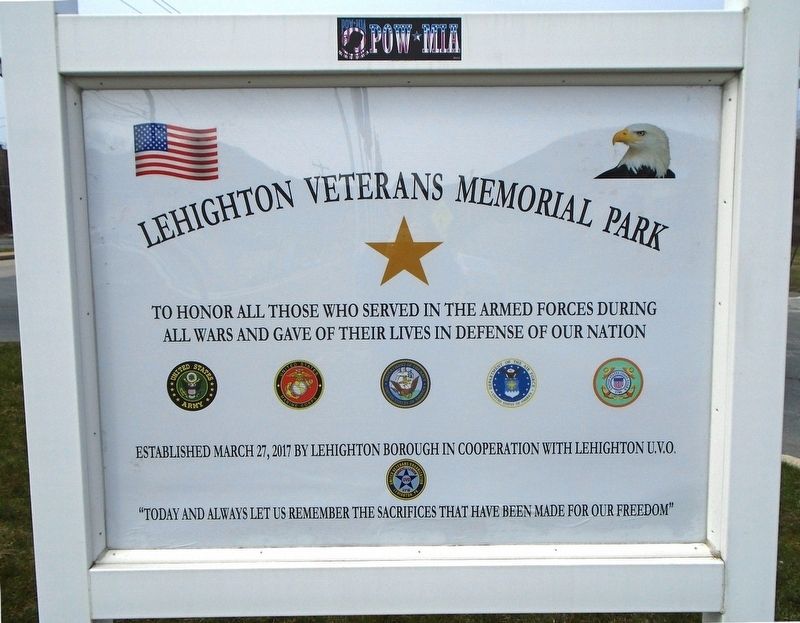