The First Human Dissection in Arkansas 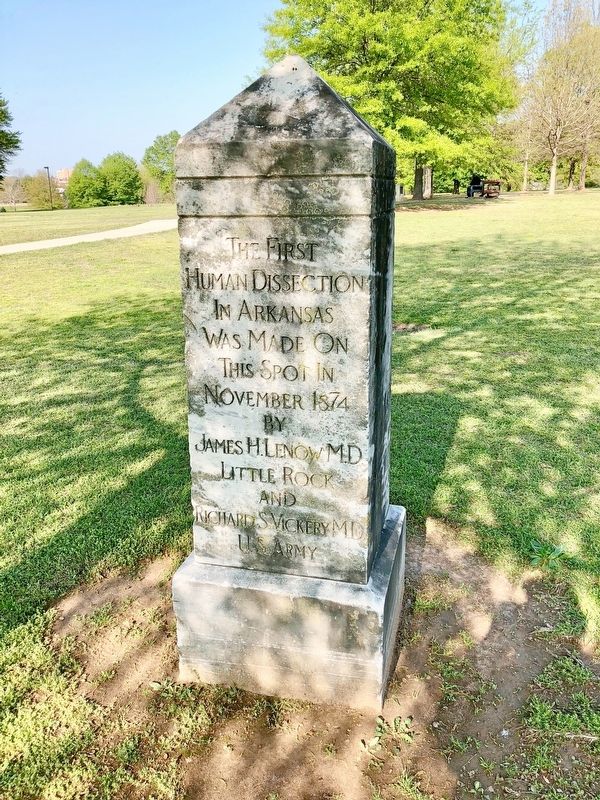 Front
The first human dissection in Arkansas was made on this spot in November 1874 by James H. Lenow M.D. Little Rock and Richard S. Vickery M.D. U.S. Army

Rear
Erected by the Arkansas Medical Society to perpetuate the early history of medicine in the state May 12, 1927

Erected 1927 by the Arkansas Medical Society.

Topics. This historical marker is listed in these topic lists: Notable Events • Science & Medicine. A significant historical date for this entry is May 12, 1927.

Location. 34° 44.223′ N, 92° 15.853′ W. Marker is in Little Rock, Arkansas, in Pulaski County. Marker is at the intersection of McMath Avenue and East 11th Street, on the right when traveling south on McMath Avenue. Located in MacArthur Park Historic District south of the tennis courts and north of the restrooms. Touch for map. Marker is at or near this postal address: McMath Avenue, Little Rock AR 72202, United States of America. Touch for directions. 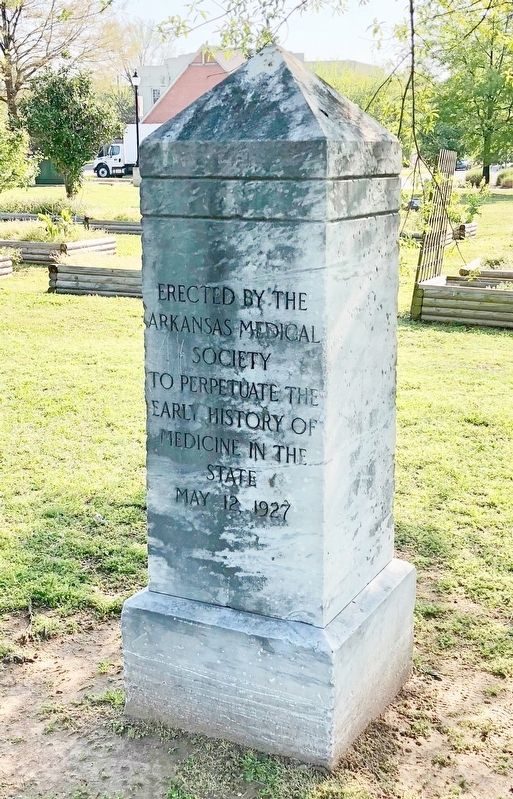 Regarding The First Human Dissection in Arkansas. For many, many years, doctors were forbidden from dissecting human bodies to obtain medical knowledge in Arkansas -- and lots of other places. Religious beliefs held that corpses had to be intact in order to go to the afterlife. That taboo was finally broken in Arkansas in November 1874, at the Little Rock Armory. The event was later judged so important by the Arkansas Medical Society that it erected a monument on the spot in 1927.

Dr. Lenow was dean of the College of Medicine from 1907 until 1912. Dr. Richard Swanton Vickery was post surgeon at the Little Rock Barracks located at what is now MacArthur Park. Dr. Vickery (b.1831-d.1906) had recently replaced Dr. Lenow who had been contracted as a surgeon for the two companies of U.S. 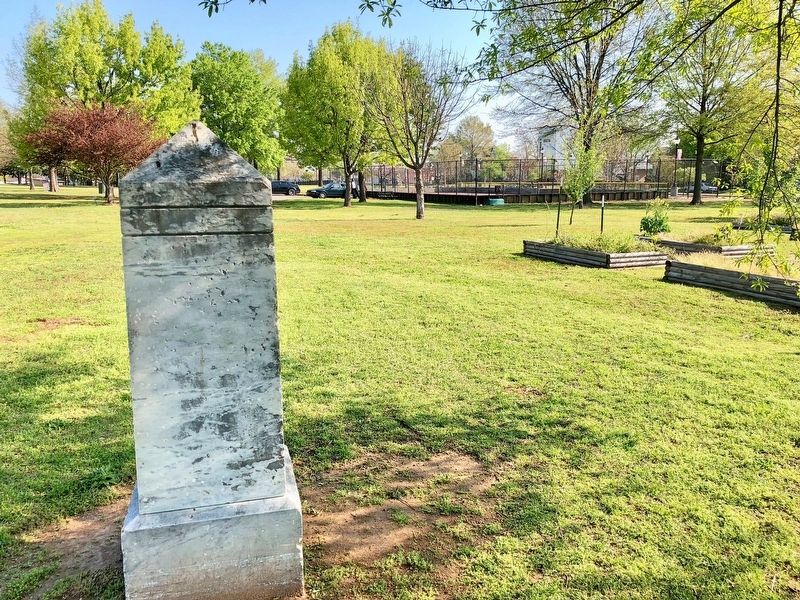 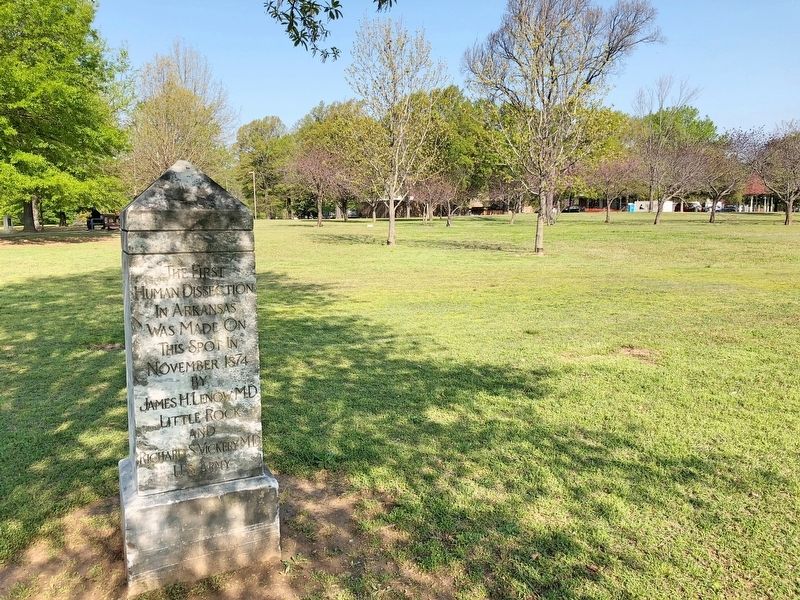