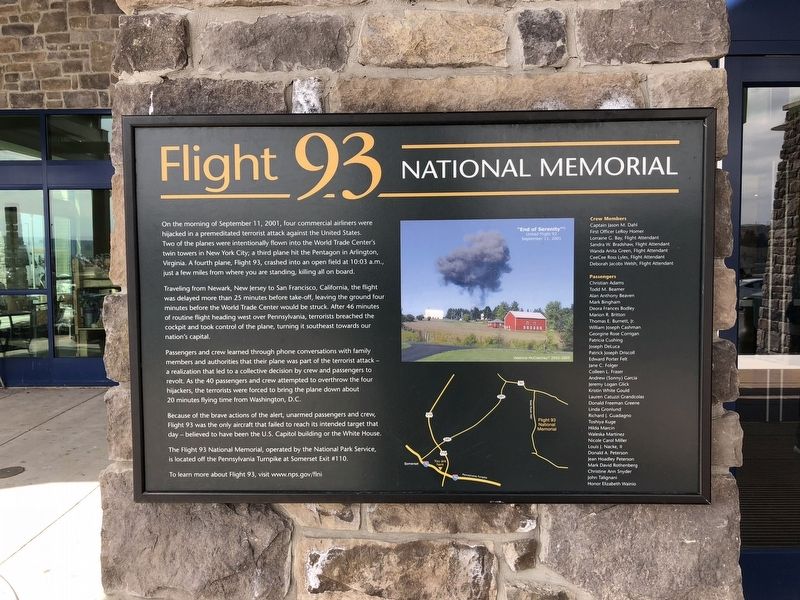 On the morning of September 11, 2001, four commercial airliners were hijacked in a premeditated terrorist attack against the United States. Two of the planes were intentionally flown into the World Trade Center's twin towers in New York City; a third plane hit the Pentagon in Arlington, Virginia. A fourth plane, Flight 93, crashed into an open field at 10:03 a.m., just a few miles from where you are standing, killing all on board.

Traveling from Newark, New Jersey to San Francisco, California, the flight was delayed more than 25 minutes before take-off, leaving the ground four minutes before the World Trade Center would be struck. After 46 minutes of routine flight heading west over Pennsylvania, terrorists breached the cockpit and took control of the plane, turning it southeast towards our nation's capital. 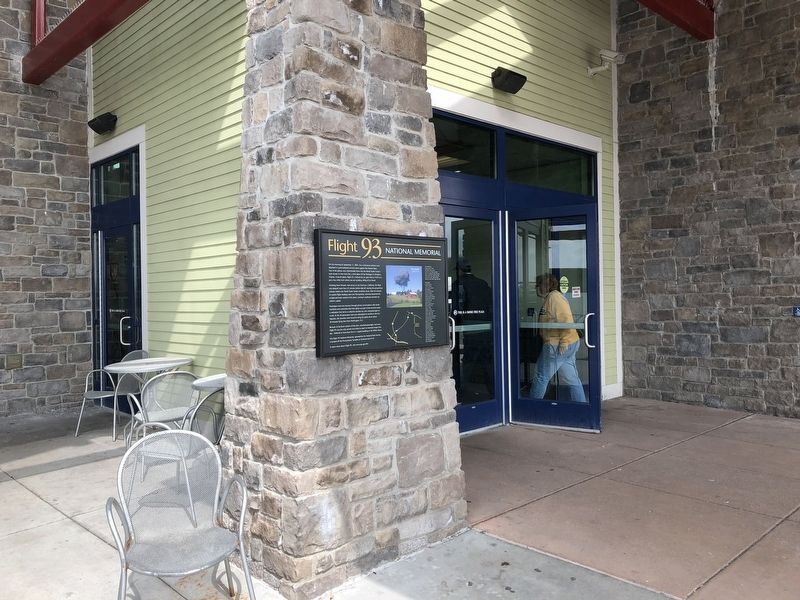 By Devry Jones, April 11, 2018
2. Flight 93 National Memorial Marker
were forced to bring the plane down about 20 minutes flying time from Washington, D.C.

Because of the brave actions of the alert, unarmed passengers and crew, Flight 93 was the only aircraft that failed to reach its intended target that day — believed to have been the U.S. Capitol building or the White House.

The Flight 93 National Memorial, operated by the National Park Service, is located off the Pennsylvania Turnpike at Somerset Exit #110.