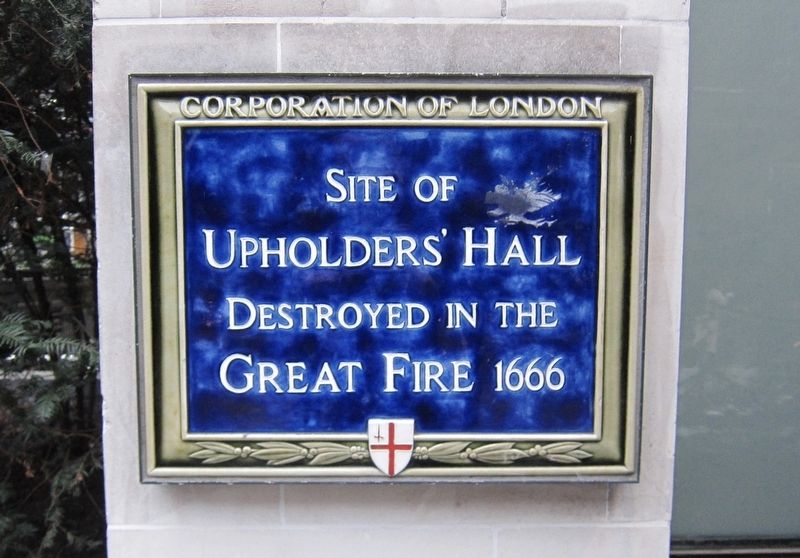 Site of
Upholders' Hall
Destroyed in the
Great Fire 1666

Topics and series. This historical marker is listed in this topic list: Labor Unions. In addition, it is included in the UK, England, City of London Corporation series list. A significant historical year for this entry is 1666. 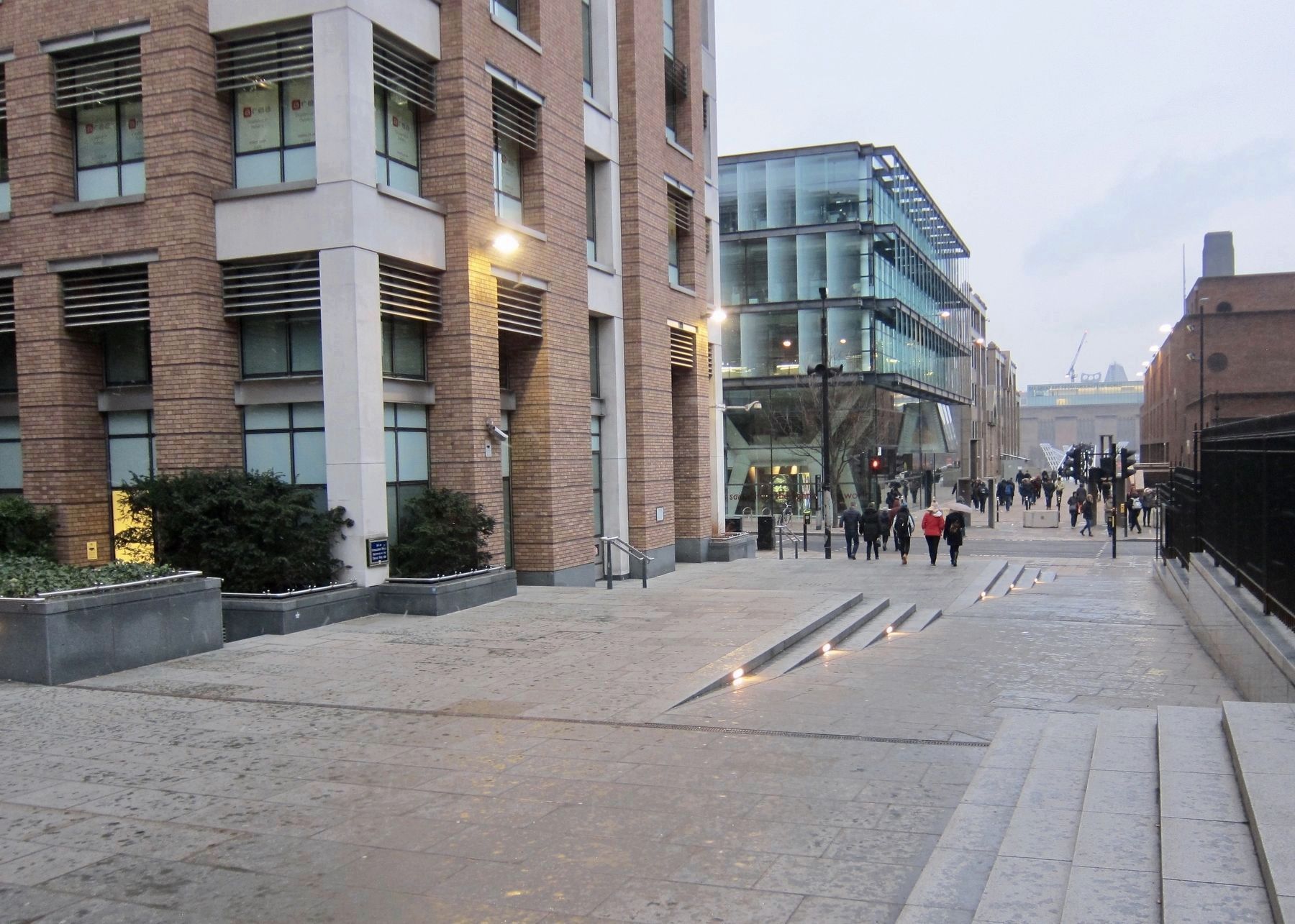 By Andrew Ruppenstein, March 17, 2018
2. Upholders' Hall Marker - Wide View, Looking South down Peter's Hill
The marker is visible here mounted to the corner of the building on the left.

"The Worshipful Company of Upholders is one of the Livery Companies of the City of London. "Upholder" is an archaic word for "upholsterer". In past times upholders carried out not just the manufacture and sale of upholstered goods but were cabinet makers, undertakers, soft furnishers, auctioneers and valuers. The organisation was formed on 1 March 1360 and officially incorporated by a Royal Charter granted by Charles I in the 1626. The Company originally had the right to set standards for upholstery within London, and to search, seize and destroy defective upholstery. However, over the years, the Company's power has eroded, as has the profession of upholsterers, because of the advancement of technology." - Wikipedia