"The Road that Built the Nation" 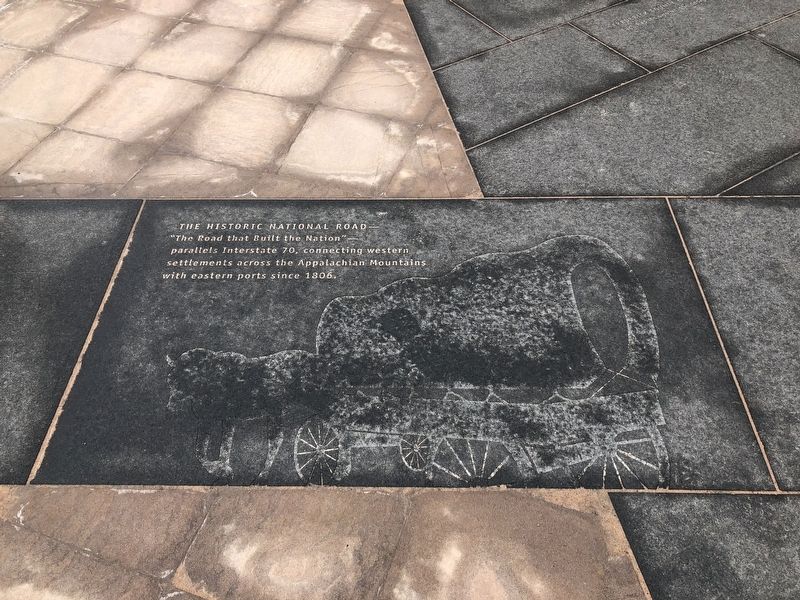 The Historic National Road — "The Road that Built the Nation" — parallels Interstate 70, connecting western settlements across the Appalachian Mountains with eastern ports since 1806.

Topics and series. This historical marker is listed in this topic list: Roads & Vehicles. In addition, it is included in the The Historic National Road series list.

Location. 39° 31.687′ N, 77° 36.295′ W. Marker is in Myersville, Maryland, in Frederick County. Marker can be reached from Dwight D. Eisenhower Highway (Interstate 70) south of Baltimore National Pike (U.S. 40), on the right when traveling east. Marker is embedded in the sidewalk at the South Mountain Eastbound Welcome Center. Touch for map. Marker is in this post office area: Myersville MD 21773, United States of America. Touch for directions. 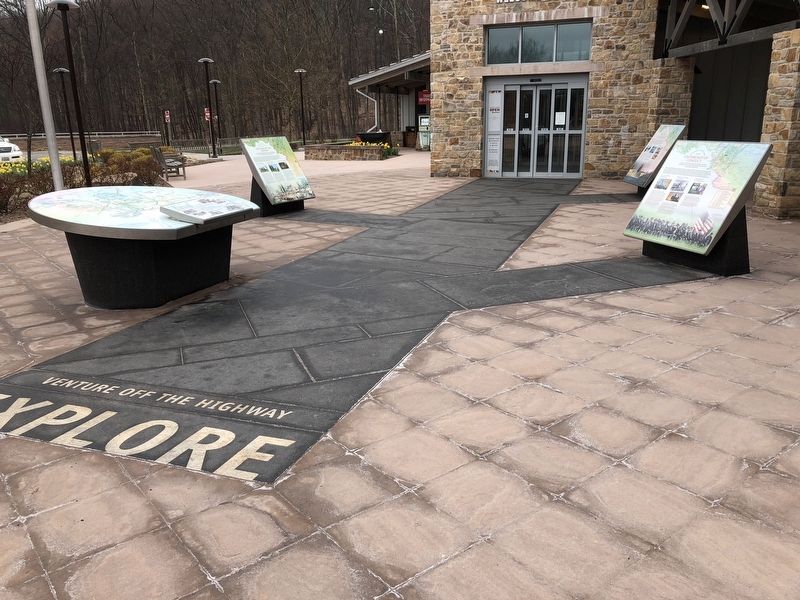