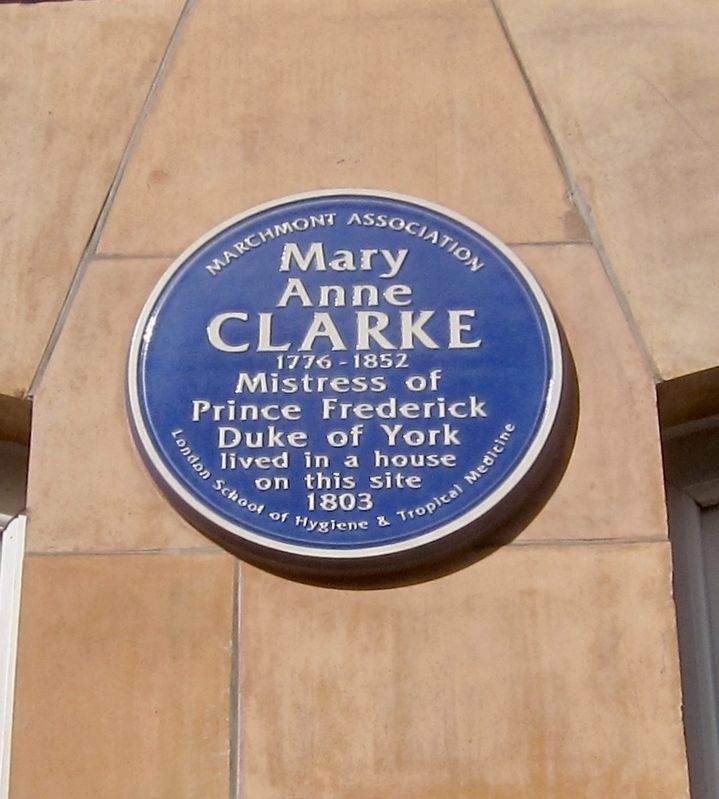 Photographed By Andrew Ruppenstein, March 16, 2018
1. Mary Anne Clarke Marker
Inscription.
Mary Anne Clarke.
Mistress of Prince Frederick Duke of York lived in a house on this site 1803 . . This historical marker was erected in 2015 by Marchmont Association, London School of Hygiene and Tropical Medicine. It is in Camden in Greater London England United Kingdom

Topics and series. This historical marker is listed in this topic list: Women. In addition, it is included in the England - London - Marchmont Association Plaques series list. A significant historical year for this entry is 1803.

More about this marker. The Marchmont Association website indicates that this marker was unveiled on April 25, 2015 by the Deputy Mayor of Camden, Cllr Larraine Revah, and Dr Ros Stanwell-Smith of LSHTM. 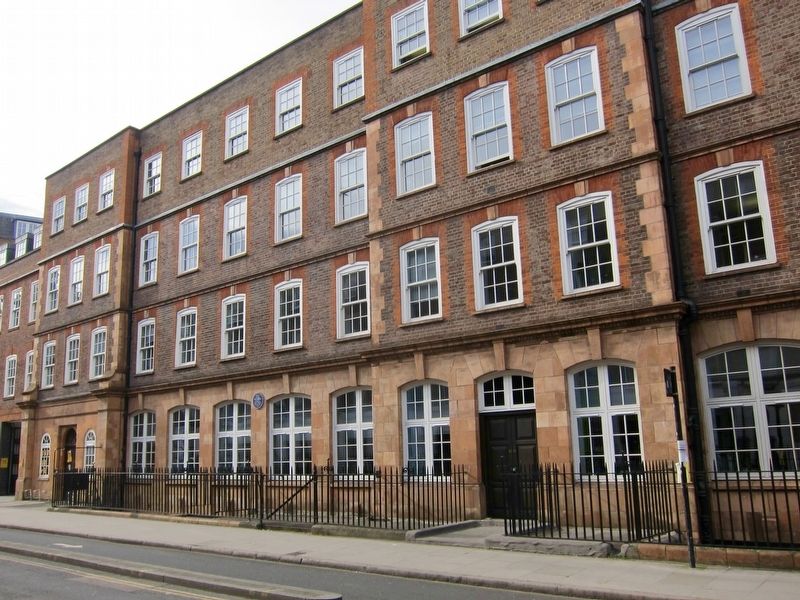 Click or scan to see
this page online
Blue Plaque 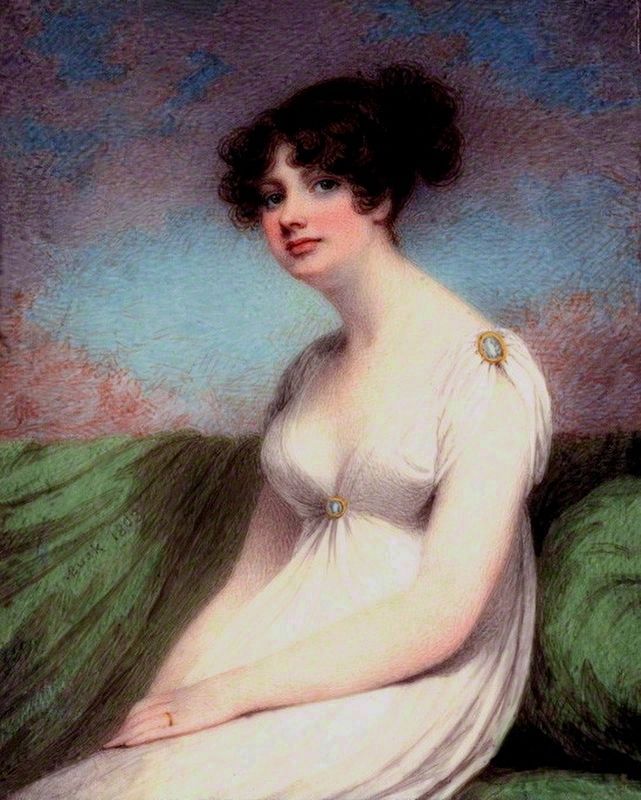 Photographed By Adam Buck (via Wikipedia), 1803
3. Mary Anne Clarke (née Thompson)
"Mary Anne Clarke (born Mary Anne Thompson; 3 April 1776 – 21 June 1852) was the mistress of Prince Frederick, Duke of York and Albany. Their relationship began in 1803, while he was Commander-in-Chief of the army. Later in 1809, she wrote her memoirs which were published. She was the subject of a portrait by Adam Buck, and a caricature by Isaac Cruikshank; ten days after the latter's publication, the Duke resigned from his post as Commander of the British Army....Through her daughter who married Louis-Mathurin Busson du Maurier, Clarke was an ancestress of author Daphne du Maurier, who wrote the novel Mary Anne about her life." - Wikipedia
Credits. This page was last revised on January 27, 2022. It was originally submitted on April 16, 2018, by Andrew Ruppenstein of Sacramento, California. This page has been viewed 139 times since then and 19 times this year. Photos:   1, 2, 3. submitted on April 16, 2018, by Andrew Ruppenstein of Sacramento, California.
Share this page.