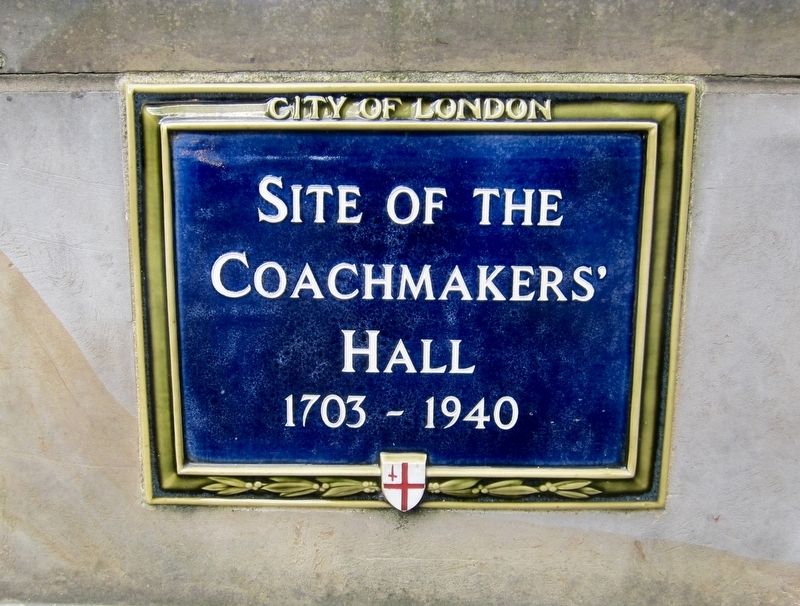 Topics and series. This historical marker is listed in these topic lists: Industry & Commerce • Labor Unions. In addition, it is included in the UK, England, City of London Corporation series list. 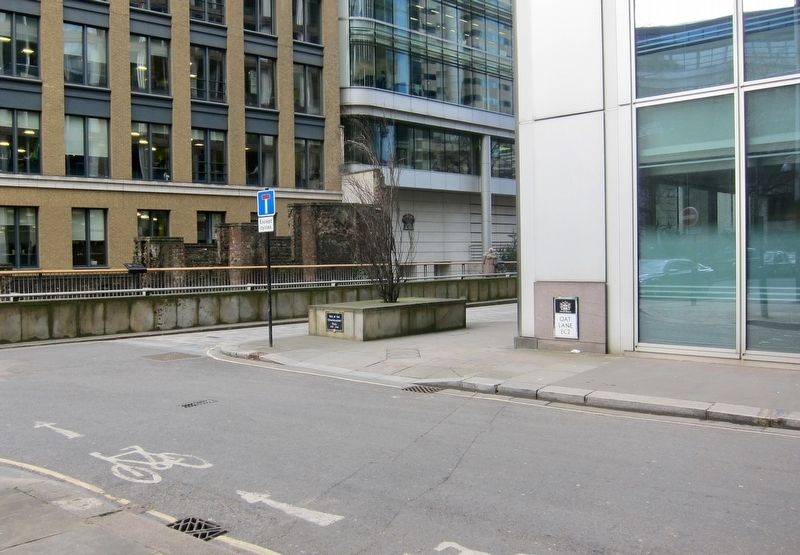 Photographed By Andrew Ruppenstein, March 20, 2018
2. Coachmakers' Hall Marker - Wide View
"The Worshipful Company of Coachmakers and Coach Harness Makers is one of the Livery Companies of the City of London. An organisation of Coachmakers and Wheelwrights petitioned for incorporation in 1630. The petition was granted almost fifty years later, in 1677, when a Royal Charter was granted to the Coachmakers. (The Wheelwrights were separately incorporated in 1670.) As coaches have been replaced by cars, the Coachmakers' and Coach Harness Makers' Company has lost its role as a body responsible for controlling the quality of coaches. Instead, it promotes the automobile industry, and also supports various charities." - Wikipedia

More about this marker. The marker is mounted to a planter/bench at the intersection.