City of London School for Girls 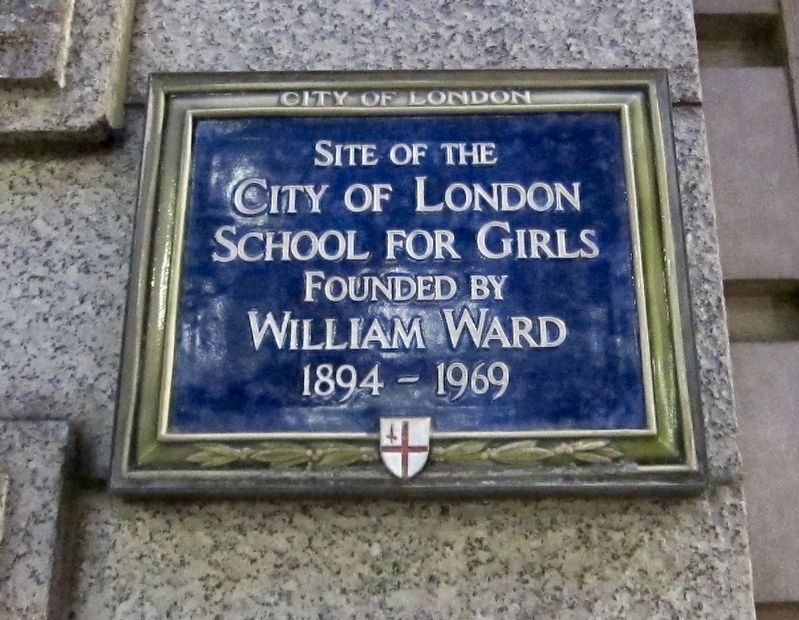 Topics and series. This historical marker is listed in these topic lists: Education • Women. In addition, it is included in the UK, England, City of London Corporation series list. 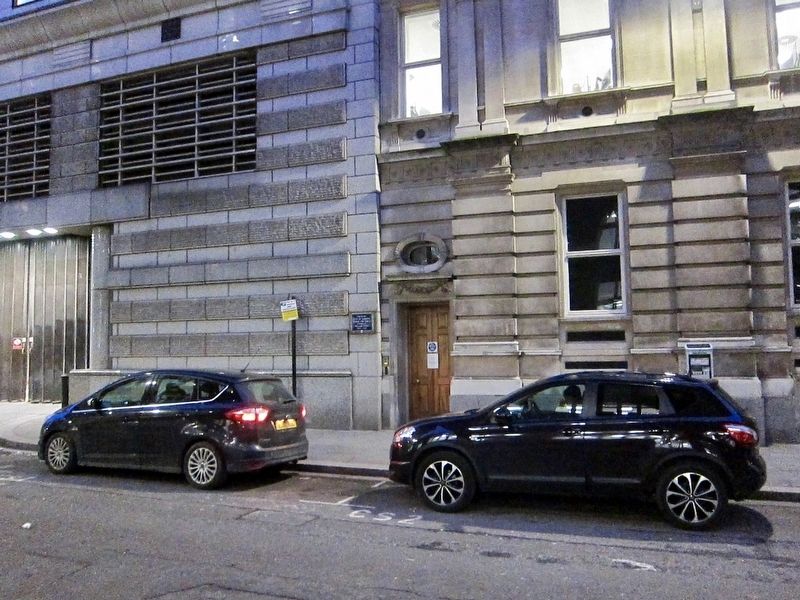 Also see . . .  City of London School for Girls (Wikipedia). "The school was founded using a bequest by William Ward, a merchant of Brixton, in 1894.[2] It was his conviction that girls should be given a broad and liberal education with an emphasis on scholarship; he left a third of his fortune to the City of London to fund the foundation of a girls' school, a £20,000 legacy for the City of London Corporation. The school now receives financial support from the City Livery Companies as well as banks and other City firms. Links with the City of London remain strong – the City administers the school and the Board of Governors is appointed by the Court of Common Council. The school has strong links with its brother school – the City of London School is just a 15-minute walk away." (Submitted on April 18, 2018.)
Credits. This page was last revised on August 12, 2021. It was originally submitted on April 18, 2018, by Andrew Ruppenstein of Sacramento, California. This page has been viewed 101 times since then and 10 times this year. Photos:   1, 2. submitted on April 18, 2018, by Andrew Ruppenstein of Sacramento, California.
Share this page.