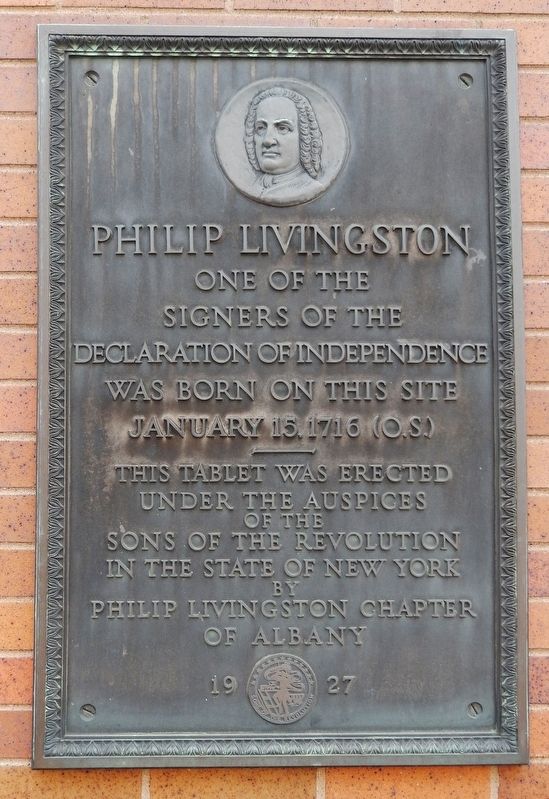 Photographed By Cosmos Mariner, July 12, 2017
1. Philip Livingston Marker
Inscription.
Philip Livingston. . One of the signers of the Declaration of Independence was born on this site January 15, 1716 (O.S.) . This historical marker was erected in 1927 by Philip Livingston Chapter, Sons of the Revloution in the State of New York. It is in Albany in Albany County New York

One of the signers of the Declaration of Independence was born on this site January 15, 1716 (O.S.)

Erected 1927 by Philip Livingston Chapter, Sons of the Revloution in the State of New York.

Topics and series. This historical marker is listed in these topic lists: Colonial Era • War, US Revolutionary. In addition, it is included in the Signers of the Declaration of Independence series list. A significant historical date for this entry is January 15, 1716.

Location. 42° 39.008′ N, 73° 45.177′ W. Marker is in Albany, New York, in Albany County. Marker is on State Street (New York State Route 5) west of North Pearl Street, on the right when traveling west. Marker is a large metal plaque with bas-relief face sculpture of Philip Livingston, mounted at eye-level directly on the brick building at this address, facing State Street. Touch for map. Marker is at or near this postal address: 10 North Pearl Street, Albany NY 12207, United States of America. Touch for directions. 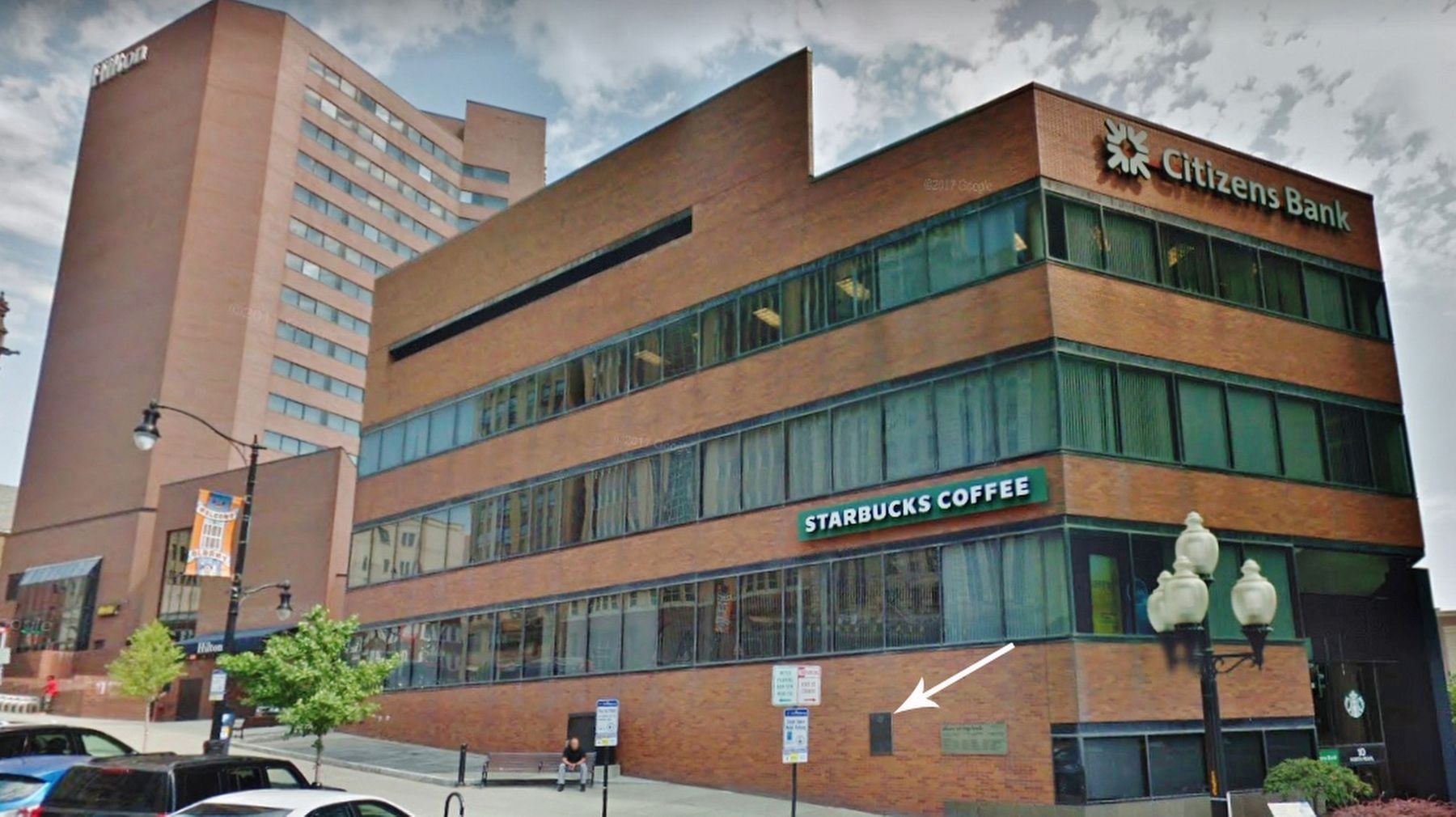 Also see . . .
1. Philip Livingston.
Philip Livingston was a member of the wealthy and politically important Hudson River Livingston family, the son of Philip Livingston, (Lord of the Manor of Livingston on the Hudson River), and Catharine Van Brugh. Catharine was the daughter of Captain Peter Van Brugh, a mayor of Albany. Philip “the Signer” was one of three Livingstons who were members of the Continental Congress at the time of the great deliberations concerning the future of the 13 colonies. In addition, at least twenty other members of the larger Livingston family served during the Revolutionary War as officers, either by Congressional or State Legislature appointments. (Submitted on April 23, 2018, by Cosmos Mariner of Cape Canaveral, Florida.)

2. Philip Livingston.
Philip Livingston grew up in a very large family in his father's Albany townhouse on the Elm Tree Corner in Albany and at the family estate called Clermont down in the Hudson Valley. He graduated from Yale College in 1737 and began a business career in New York City. After serving on a number of New York City-based resistance committees, he was elected to the Continental Congress in 1774. As a delegate to the Second Continental Congress in 1776, he signed the Declaration of Independence. His name still is legendary in Albany today. Livingston Avenue and Philip Livingston Magnet Academy are named for him! (Submitted on April 23, 2018, by Cosmos Mariner of Cape Canaveral, Florida.)