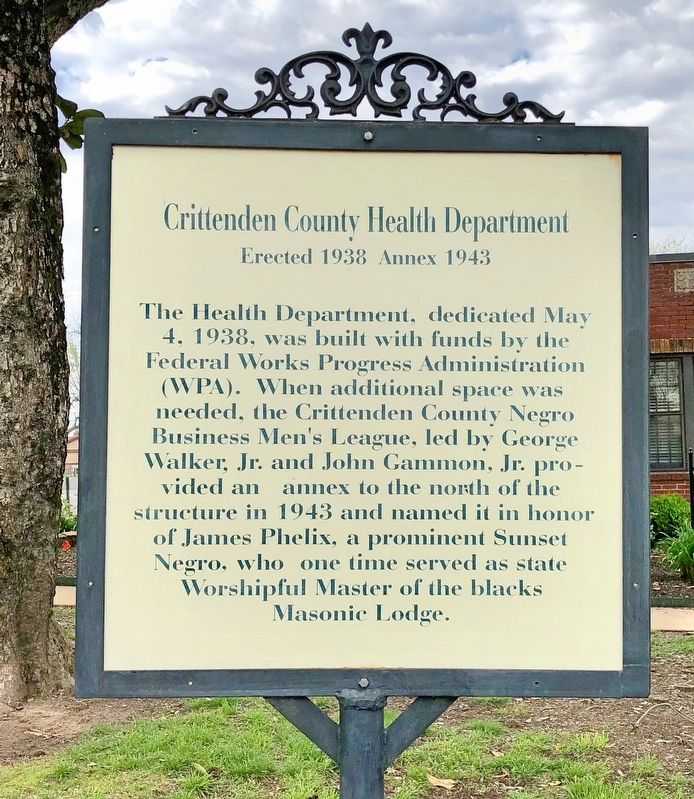 The Health Department, dedicated May 4, 1938, was built with funds by the Federal Works Progress Administration (WPA). When additional space was needed, the Crittenden County Negro Business Men's League, led by George Walker, Jr. and John Gammon, Jr. provided an annex to the north of the structure in 1943 and named it in honor of James Phelix, a prominent Sunset Negro, who one time served as state Worshipful Master of the blacks Masonic Lodge.

Erected by the City of Marion. 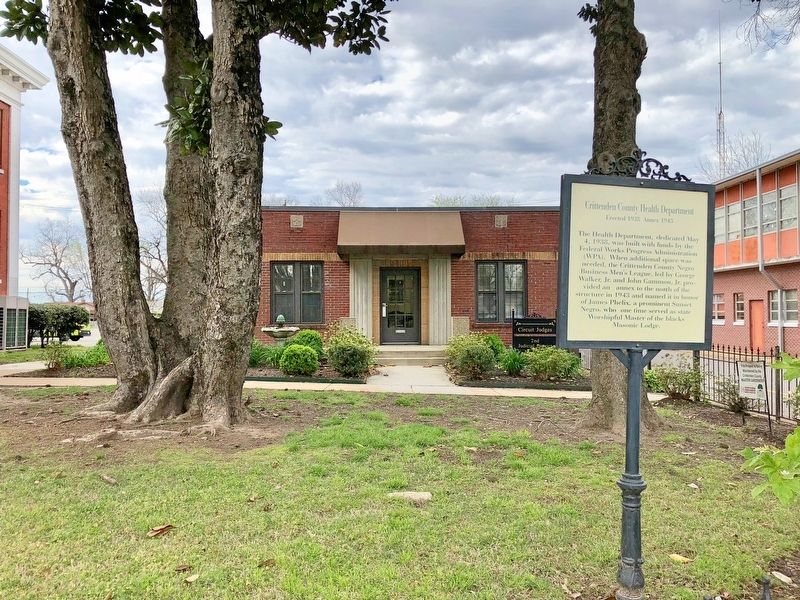