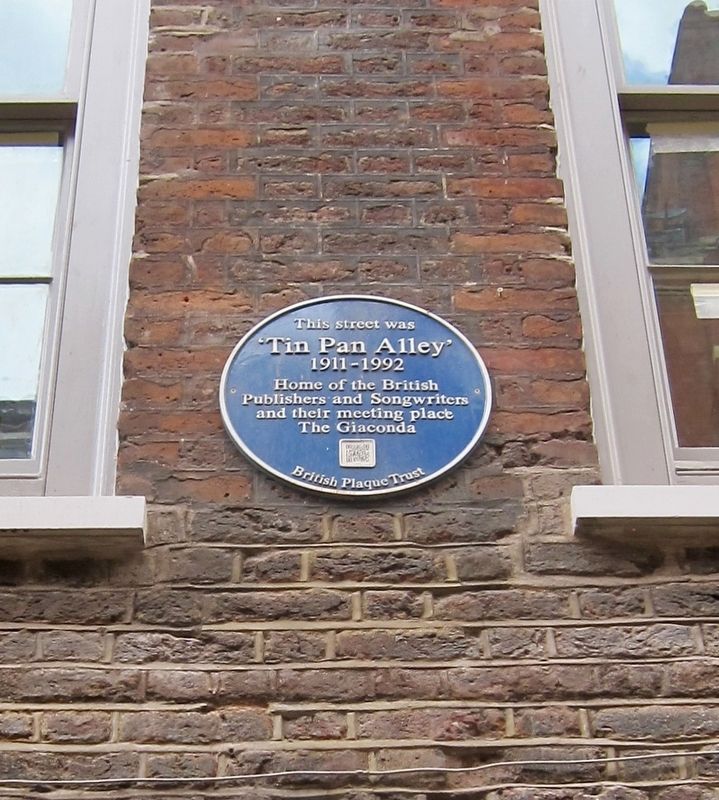 Home of the British Publishers and Songwriters and their meeting place The Giaconda . . This historical marker was erected in 2014 by British Plaque Trust. It is in London Borough of Camden in Greater London County England United Kingdom 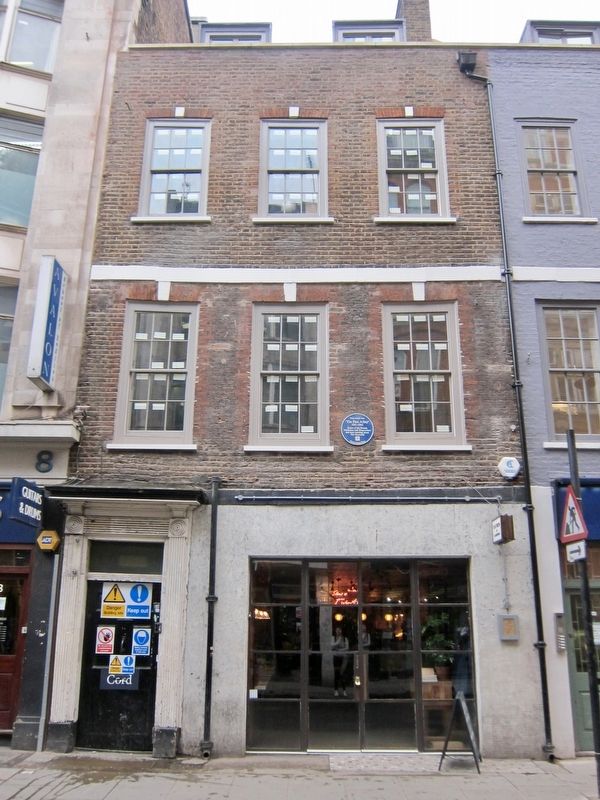 Also see . . .
1. London's Tin Pan Alley gets blue plaque (BBC, April 6, 2014). "A central London street known as Tin Pan Alley - a focal point of the British music industry - now has a blue plaque marking its significance....Sixties pop singer Donovan gave a performance of a song that he had written especially for the occasion in Denmark Street. He sang outside the Giaconda Cafe, which was frequented by the likes of David Bowie and Jimi Hendrix....The plaque was unveiled by former Radio 1 DJ Mike Read." (Submitted on April 25, 2018.)

2. Denmark Street (Wikipedia). "Denmark Street is a street on the edge of London's West End running from Charing Cross Road to St Giles High Street....The street was developed in the late 17th century and named after Prince George of Denmark. Since the 1950s it has been associated with British popular music, first via publishers and later by recording studios and music shops....The street was originally residential, but became used for commercial purposes in the 19th century. At first, metalwork was a popular trade but it became most famous as Britain's "Tin Pan Alley" housing numerous music publishers' offices. This market declined in the 1960s to be replaced by music shops and independent recording studios. The Rolling Stones recorded at Regent Sound Studio at No. 4 and popular musicians, including David Bowie and the Small Faces, often socialised in the Gioconda café at No. 9. Elton John and Bernie Taupin wrote songs at offices on the street in the 1960s, while the Sex Pistols lived above No. 6, and recorded their first demos there. The comic book store Forbidden Planet and the Helter Skelter music bookshop have also been based on the street. ..." (Submitted on April 25, 2018.)