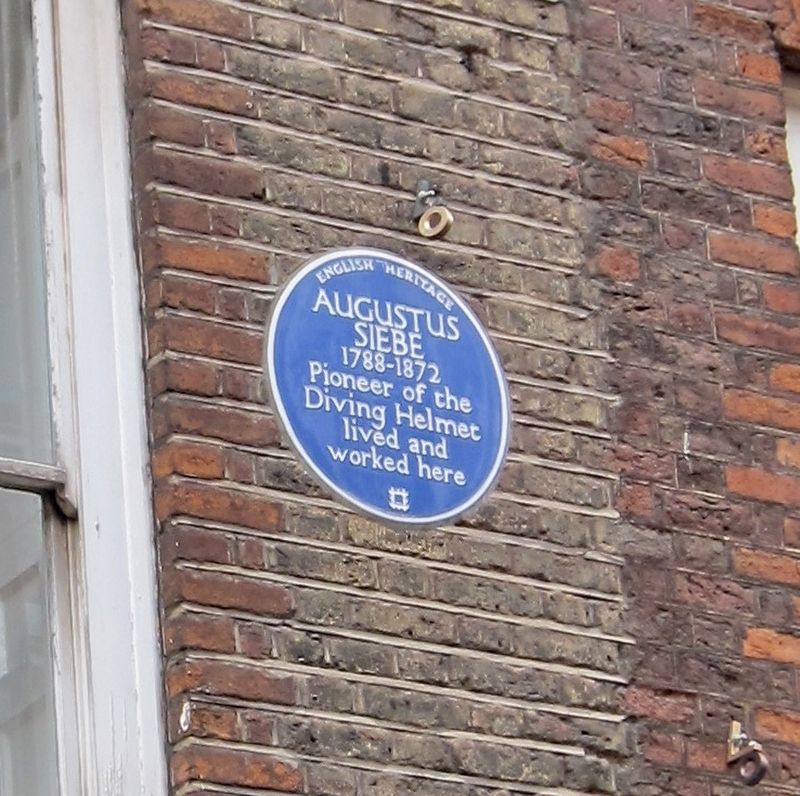 Photographed By Andrew Ruppenstein, March 15, 2018
1. Augustus Siebe Marker
Inscription.
Augustus Siebe.
Pioneer of the Diving Helmet lived and worked here . . This historical marker was erected in 2000 by English Heritage. It is in Camden in Greater London England United Kingdom

Pioneer of the
Diving Helmet
lived and
worked here

Also see . . .  The Blue Plaque - Augustus Siebe (BBC). "After living first in High Holborn, Siebe moved to Denmark Street in 1828 and it was there, twelve years later, that 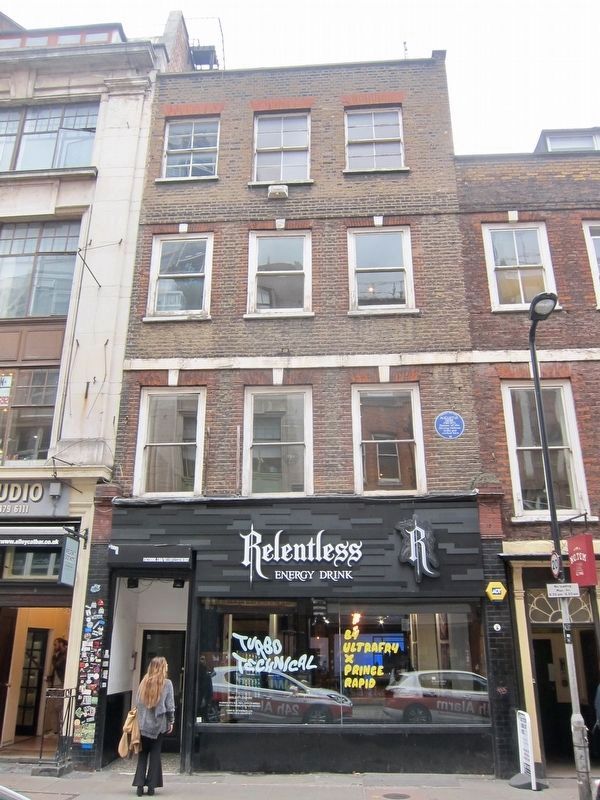 Click or scan to see
this page online
he designed his revolutionary ‘closed’ helmet. One of the first opportunities to show how effective Siebe's new helmet was came in the 1840s when divers descended into the waters off Spithead to investigate the wreck of the Royal George, a ship which had sunk there sixty years earlier. The helmet proved so successful that the same basic design was being used by the Royal Navy more than a century later.... A man of great ingenuity and inventiveness, Siebe created many other machines at his workshop in Denmark Street, including a weighing machine, a paper-making machine and an ice–making machine. At the Great Exhibition of 1851, he won several medals for his inventions. Augustus Siebe died in 1872 but the company he created, Siebe Gorman, survived until the 1990s." (Submitted on April 25, 2018.)